As our players are probably aware of now, we are shipping a new awesome character creator as a part of our last Incursion release this January. We here at CCP believe that we are making history - a milestone in how character creation should look and feel in computer games with the capabilities to finely sculpt the appearance of your character with such incredible detail - and this makes us very excited. But creating a character is only the first step. What happens to these character portraits when we are flying in space? Is my computer supposed to handle rendering dozens of these portraits when I open my address book? Or even thousands of portraits when trading in Jita or taking part in a fleet fight?

This was the problem that we were facing for Incursion - rendering characters with all the details that we want to present to our users takes up a lot of computers resources - resources that we want you to be using to blow up spaceships rather than rendering portraits. Based on this, we decided to render all character portraits server side and let the EVE client fetch the portraits from our web-based Image Server, just like normal web browsers do when loading up web pages. 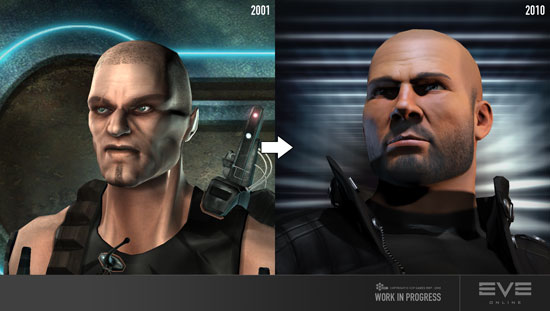 This means that the client isn't loading graphic assets and running rendering code for characters in the background while you are flying in space, it will just fetch the character portraits via the internet as if you were browsing a web page. This also means that the client doesn't have to ask the server for characters appearances in order to render them, so we are freeing up server resources too. We also offload all the bandwidth to our Content Delivery Network (CDN) so that we aren't using up the link to Tranquility with requests for images - and as all requests for images go to our CDN it should be extremely fast wherever you are in the world.

Going this route also allows us to render all the portraits in high resolution using extremely high quality textures, something that normal desktop computers do not handle well. As we expect very high number of characters to be created in the initial days after launch, we might decide to use lower quality textures for the portraits while getting over the initial tsunami of characters, but then redo them in higher quality in the days thereafter. This also means that when creating a new character on a low end machine it will appear to others as rendered with high quality textures, and might therefore look a bit different than when initially created. 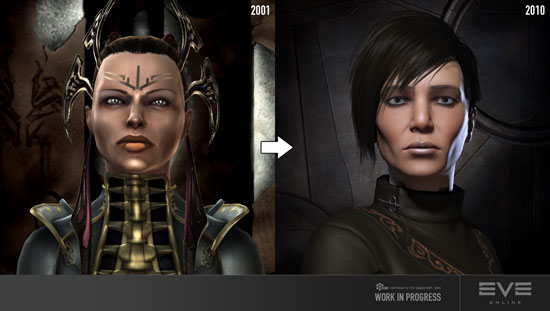 We plan to follow up with a more detailed blog on how 3rd party developers can utilize the Image Server and character portraits in the near future, and we look forward to seeing the incredible new characters that the community creates come this January's Incursion release.