EVETimeCode has been around since 2006. Over the last 6 months, they have sold an average of 1000 60-day ETCs a month. They have sponsored podcasts, events, fansites, and many other in-game entities. All of these things could make them worth a Community Spotlight. But this Spotlight is not about a business and how it helps support EVE and keep players going.

This is about how one trip changed a person's life.

As mentioned, EVETimeCode has been around since 2006. Headed up by Diana Dial, the site has been involved in many sponsorship initiatives over the years. It attempted a rotating banner on Crazy Kinux's website, but when that proved to have little impact, she moved on. Luckily she met Song Li, the podcaster behind Missions Collide and a CSM4 delegate, at PAX in 2009. She decided to sponsor his podcast for the year and, following that, she started an affiliate program for anything EVE related she liked or those who asked.

But in her personal life, Diana had always felt she lacked confidence and, despite her good reputation in the EVE community, was unsure of herself in meeting new people. Then in 2010, she took the plunge and decided to go to Fanfest. 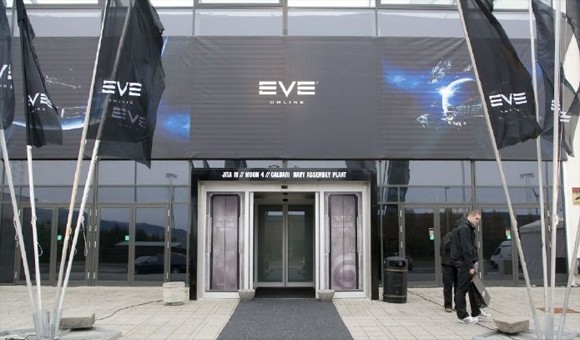 Diana had traveled to gaming conventions before, but had often gone with her husband. But the price of traveling to Iceland from her home was expensive enough that traveling with her husband wasn't feasible. However, considering that her husband might be a third wheel, she decided to make the trip regardless.

She booked herself only for four days, allowing herself to attend all of FanFest but not much more. The very first night was a Tweetfleet meet up at the Celtric Cross. Diana had been active on Twitter, but had only met two EVE players before. But because of their common reason for being there, she felt she was meeting people she knew and not total strangers. She met with Crazy Kinux, who subsequently introduced her to many other players.

Slowly, Diana began to realize she was becoming more comfortable. Able to use the opening line “Are you on Twitter?” she found herself able to meet several others. She particularly remembers meeting CSM alumnus Alekseyev Karrde and CCP Xhagen, as well as several others from Twitter. Soon after, she was playing the role Crazy Kinux had for her, when she noticed Seismic Stan hanging around the bar, unsure how to get involved.

On Top of the World

Fresh on the heels of a successful Tweetfleet Meet, Diana went to the first day of FanFest. She quickly noticed as she walked around that the could look any person at the convention in the eyes, smile, and start a conversation. She assumes it was so easy because everyone was so happy to be at FanFest, comfortable that if a person likes EVE enough to travel across the world they must be OK. At times, she would be sitting down drinking a coffee and people would sit down next to her and ask her story.

During those times, little by little, she started standing straighter, smiling more and more, and felt confident that she could talk to anyone even if she didn't know a think about ship fittings! Words cannot communicate how amazing it was for her to be able to step off the elevator, look around for an empty spot to sit, and see people waving her over.

As FanFest continued, she met more players, including one memorable visit with members of Rooks and Kings. She met someone named Steven whose character she cannot remember while discussing CSM politics. Later, the two of them hung out in the lobby sharing a wonderful conversation while everyone else she knew was losing their wallets (in more ways than one!) at the Pub Crawl.

At the Chess Boxing, she realized she had somehow become a part of a group of people. They had dinner together and sat together during the match. The same group got together the next day for CCP Presents and again during the Party at the Top of the World. While she drank a bit too much (as many of us do at said party), she thankfully left before doing anything stupid (which many of us do not manage).

Even when heading home, Diana managed to meet another EVE player, Marcel Devereux, in the security line after the flight back to the US.

Diana has maintained friendships with many of the people she met at that year's FanFest. She has since attended the 2012 and 2013 FanFests, being introduced to more people through those she had met the times before. Last year she booked a house with several others and was able to play Cards Against Humanity with 10 people until 2 AM. She went on a helicopter ride with fellow EVE players Phyridean and Yara Ash. She stayed a whole week and in 2014, she hopes to stay for 10-14 days. She also wants to go horseback riding, a popular thing to do when visiting Iceland.

She compares her EVE story as being very similar to Princess Fiona from Shrek, getting her true love's first kiss from EVE Players. It was attending the Chess Boxing event when she realized that attending FanFest and meeting all these players with such ease that she could be the confident person she had never been able to show.

Diana Dial and EVETimeCode have sponsored such varied parts of the EVE Community as Lost in EVE, EVE Central, Dotlan Maps, the Declarations of War podcast, Voices of the Void, T.E.N. Evening News, the Halibut Project, the Angel Project, and Alliance Tournament 11. She enjoys participating in the EVE meta game and also enjoys the jump-in and play gameplay of DUST 514, despite her self-described awful reaction time.