Speaking during the “CCP Presents” Keynote at EVE Fanfest 2012, CCP’s CTO Halldor Fannar and Tony Tamasi (SVP Content & Technology) from Nvidia gave a demonstration of dynamic tessellation using the Sansha Revenant carrier that first invaded during the EVE Online: Incursion expansion. Dynamic tessellation is a staple feature of DirectX 11 and we have recently been exploring options for adding DirectX 11 support to EVE Online, leading to the tech demo at Fanfest.

Below are a couple of screenshots from an earlier render. The tech demonstration shown at Fanfest was rendered in real time on stage during the keynote and recordings will be made available in the coming days. 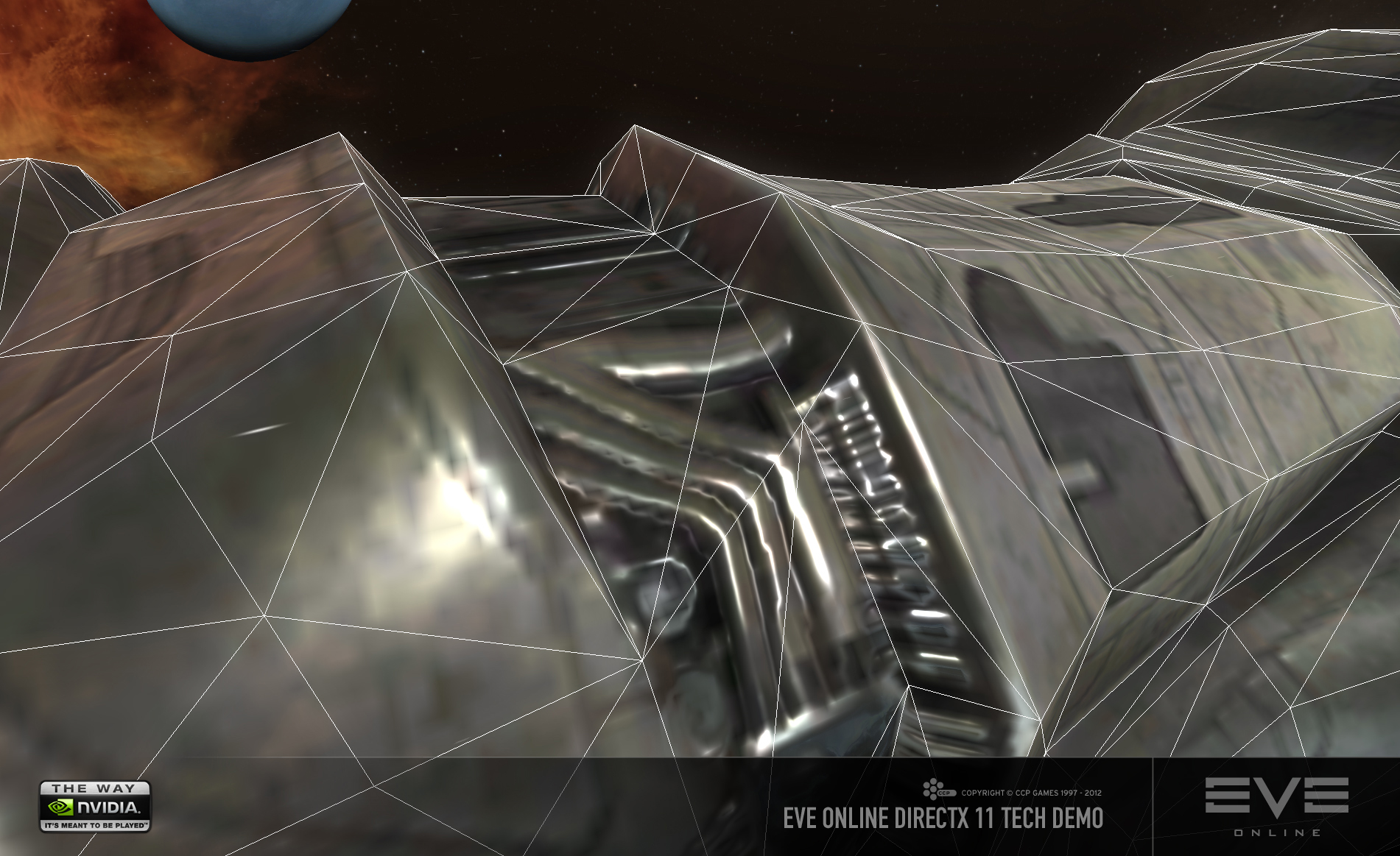 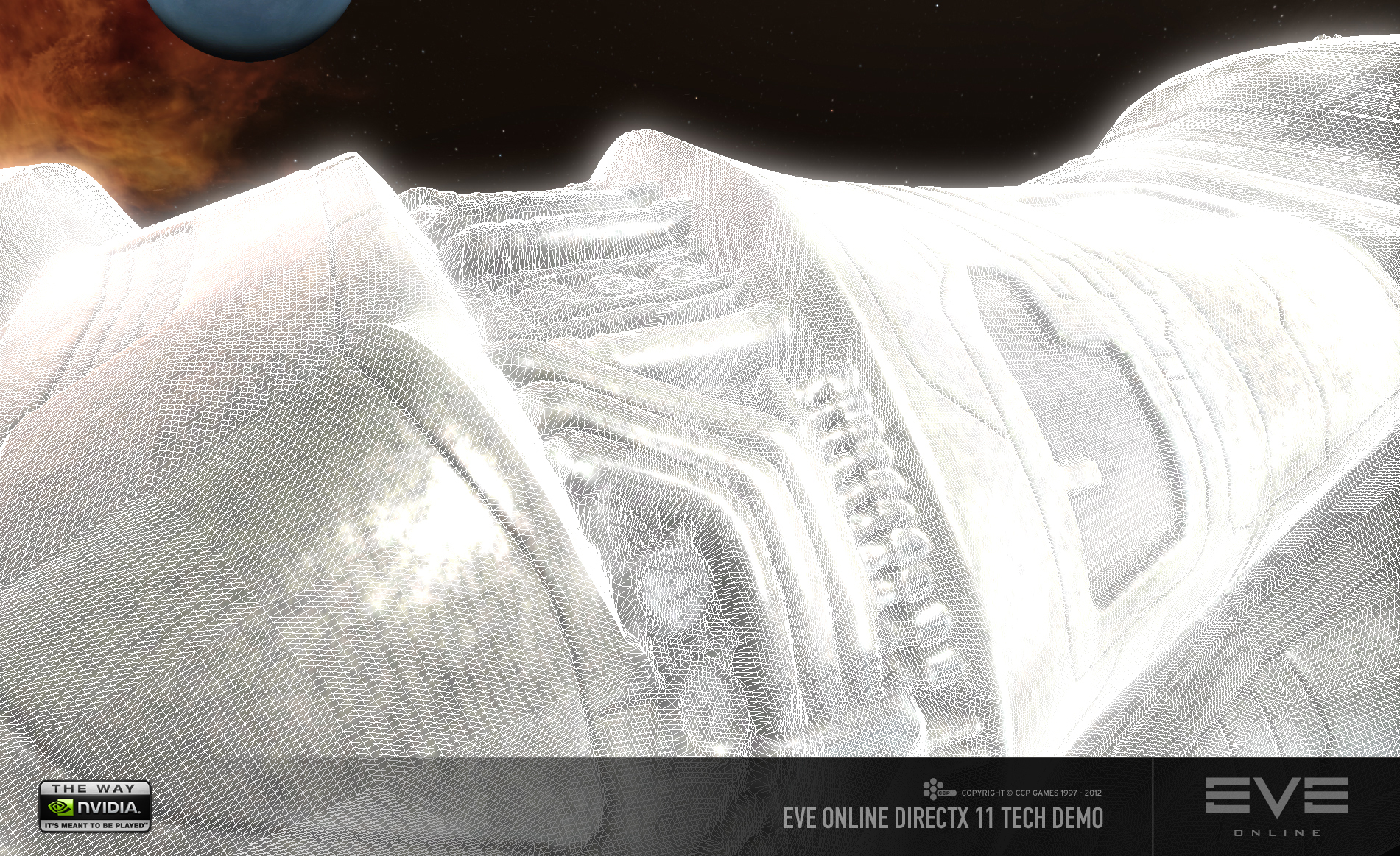 The applications of tessellation are numerous, but ultimately it provides a procedurally generated, scalable level of detail from a single 3D model (it adds or removes triangles). This is an interesting proposition and could provide the players of EVE with a range of detail never experienced before.  When we originally created EVE we wanted to deliver this kind of detail but due to the limitations of hardware this was simply not possible.  We can build models to amazing precision and now, combined with the new hardware tessellation architecture in DirectX 11 and the latest Nvidia GPUs, this level of detail becomes possible and practical to render in real-time.

The stand-alone tech demo was produced in conjunction with graphics programmers at Nvidia, both as a way to gauge player interest in adding DirectX 11 support to EVE and for CCP to understand the implications for their art pipeline when working under this new rendering API.

It’s important to note that the demo is not running in EVE’s graphics engine, “Trinity”, and we are not in a position to say when DirectX 11 support will be added. However, the response to the tessellation demo at Fanfest and the chatter on the forums has been overwhelmingly positive and a good indicator that DirectX 11 is something EVE players are interested in us pursuing.

The primary focus for CCP throughout this exploration is to ensure that players without DirectX 11 capability can continue to enjoy a great and performing graphical experience while simultaneously allowing those with newer cards and operating systems to experience the enriched visual content that DirectX 11 can offer. It’s important that we keep the EVE experience relevant to our players as the environment and capabilities evolve but in doing so we must understand what the customer wants.  This was a great way for us to get an early read on how important work of this nature is to our players.

We hope you’ve enjoyed this glimpse into a possible future for EVE Online and keep on the look out for further updates on DirectX 11 in EVE Online.

Update: the Tesselation Tech demo from Fanfest is now up on YouTube!