Today, Monday March 25th, CCP Games is delighted to announce the 19th free expansion to EVE Online, titled EVE Online: Odyssey. This expansion is planned for release on June 4, 2013. Odyssey will greatly expand the opportunities for players to explore all corners of the massive EVE Universe and its 7,929 solar systems.

The release of EVE Online: Odyssey will bring life and activity to the vast space that we have all come to know and love, with an entirely revamped scanning mechanic, new rewards for finding and interacting with sites hidden among the stars, a rebalance of major areas of space from highsec to nullsec, the long-discussed ship skill changes, and continued rebalance of existing ships as well as the issuing of the latest tools of war by the four factions. 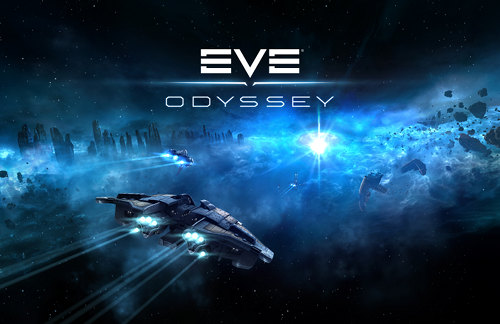