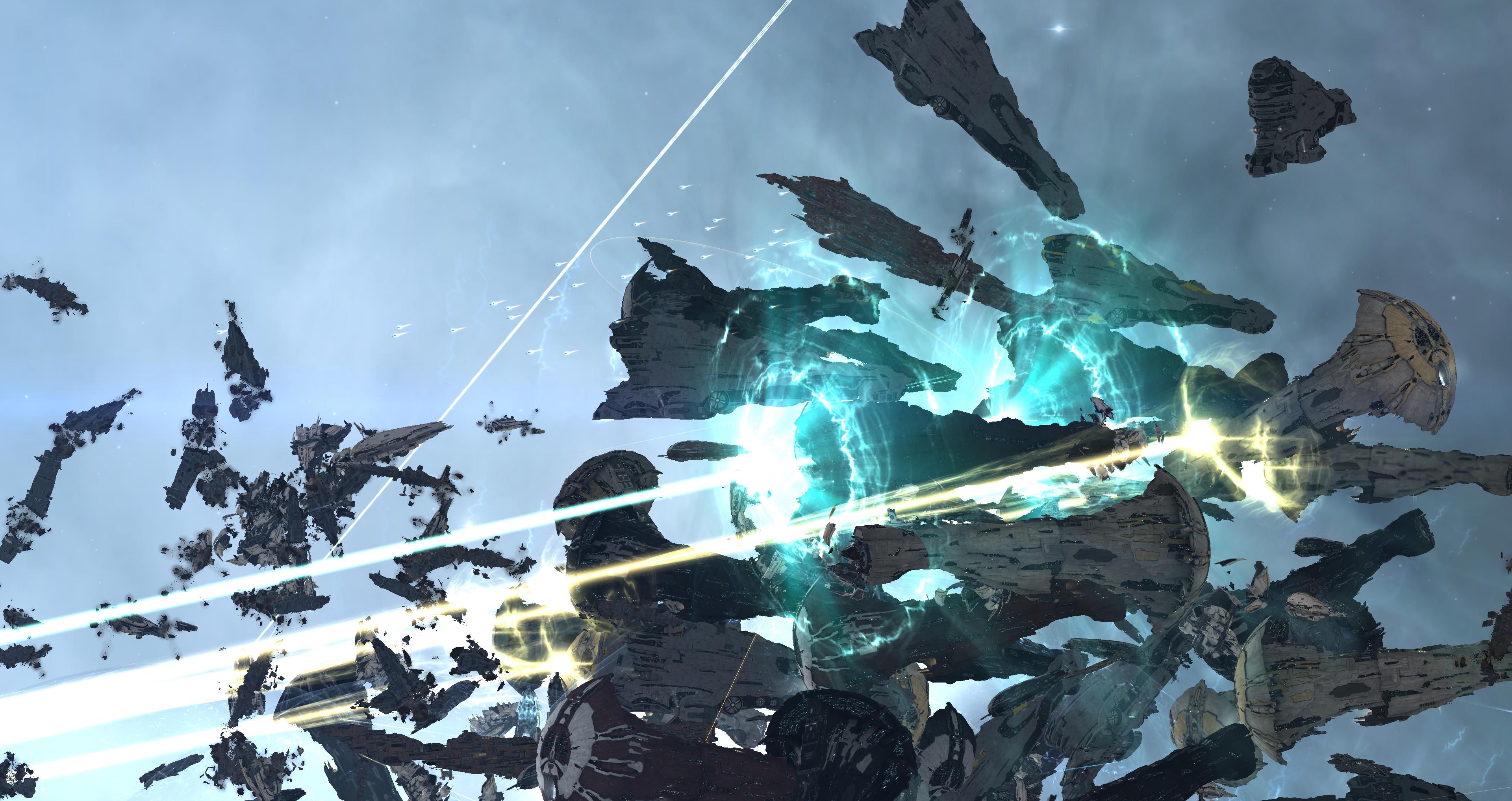 Saturday afternoon saw a brutal slugfest occur over a Circle of Two Capital Ship Assembly Array in SH1-6P, in the northern region of Tribute.

Given the amazing amount of images that came from this fight, we decided to hold an impromptu screenshot contest via twitter,  as announced once the battle had concluded.

We're now happy to announce a list of twitter users who have won PLEX after showing off their awesome images from the fight:

All players who are listed as having won prizes should contact CCP Falcon for verification via ingame EVEmail, using the character they'd like to have the PLEX redeemed to. **Please use the subject line "#SH1_EVE" for your evemail!**