The price indices for February 2014 have been calculated.

Looking at the total value of traded minerals in the graph below, it is apparent that the mineral market was noticeably affected on the day of the battle of B-R5RB. A shift in level is shown by separating the series and drawing linear trend lines through them before and after the battle. The series before the battle is quite stable, whereas the series after jumps significantly but then starts to trend down towards the previous level. 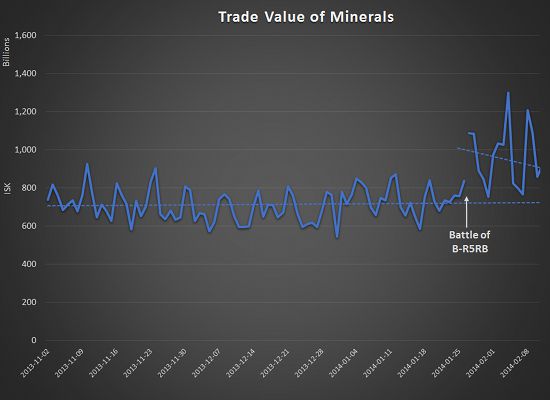 A look at the trade value for each of the minerals in the graph below shows that the biggest effect by far was on Tritanium. The main spike in the trade of Tritanium comes on January 27 and January 28, the days of the battle, but then dies down. A second, smaller spike happens at the beginning of February and affects all minerals except for Morphite. This second spike then fades slowly. 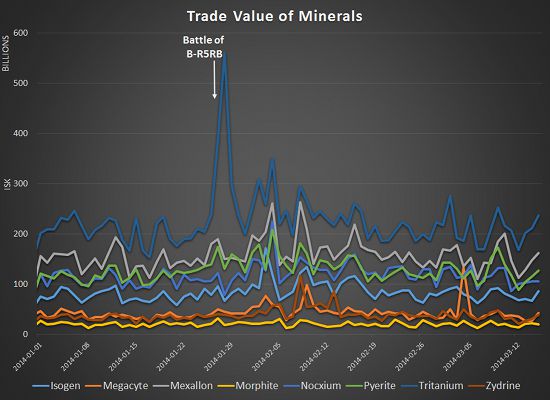 Taking a closer look at Tritanium, the graph below shows the effect on the daily average price and traded volume. Over the seven days before the battle, the average price of Tritanium was 4.75 ISK, while traded quantity averaged 42 billion units. 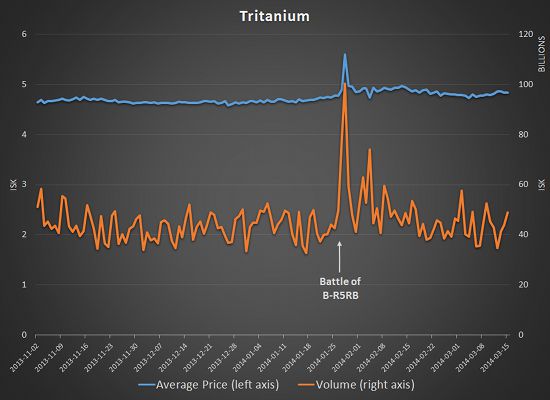 This sudden and short-lived effect on Tritanium warrants a closer look. 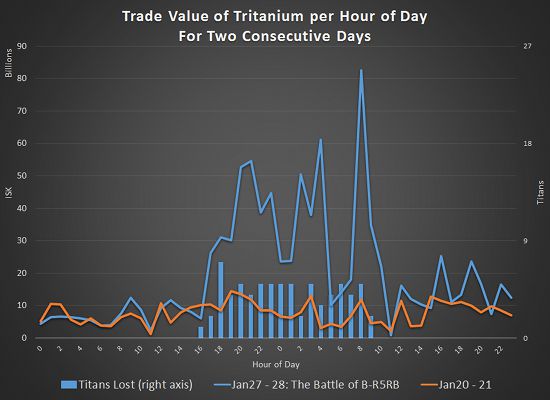 No real changes happen after the first Titan falls, but in the second hour of battle, when two more Titans go down, the market reacts and the trade value rises sharply. It then follows the ”Titan death count“ pretty well and ends with one last spike. After that the market calms down. 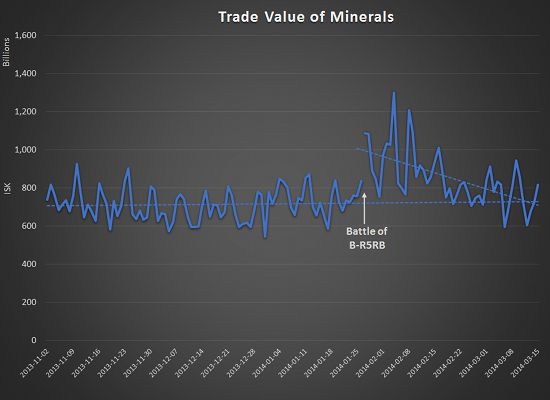 Looking at the long-term trend in mineral trade value shows that the market has resumed the level it was at before the battle, although day to day fluctuations are perhaps slightly larger than before. 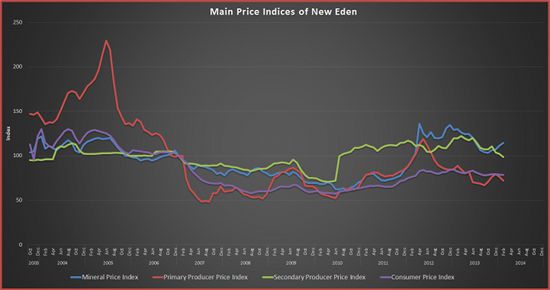 The battle of B-R5RB clearly illustrated the massive scope of EVE Online, and was probably the biggest PvP battle in gaming history. This caught the attention of the media, which emphasized the size of it all, the organization of thousands of people all over the planet, the time commitment, the intelligence work, the planning, and the incredible real world value of the virtual ships lost.

But what the battle also showed is how ruthlessly efficient the EVE market is, even when dealing with such shocks to the system.