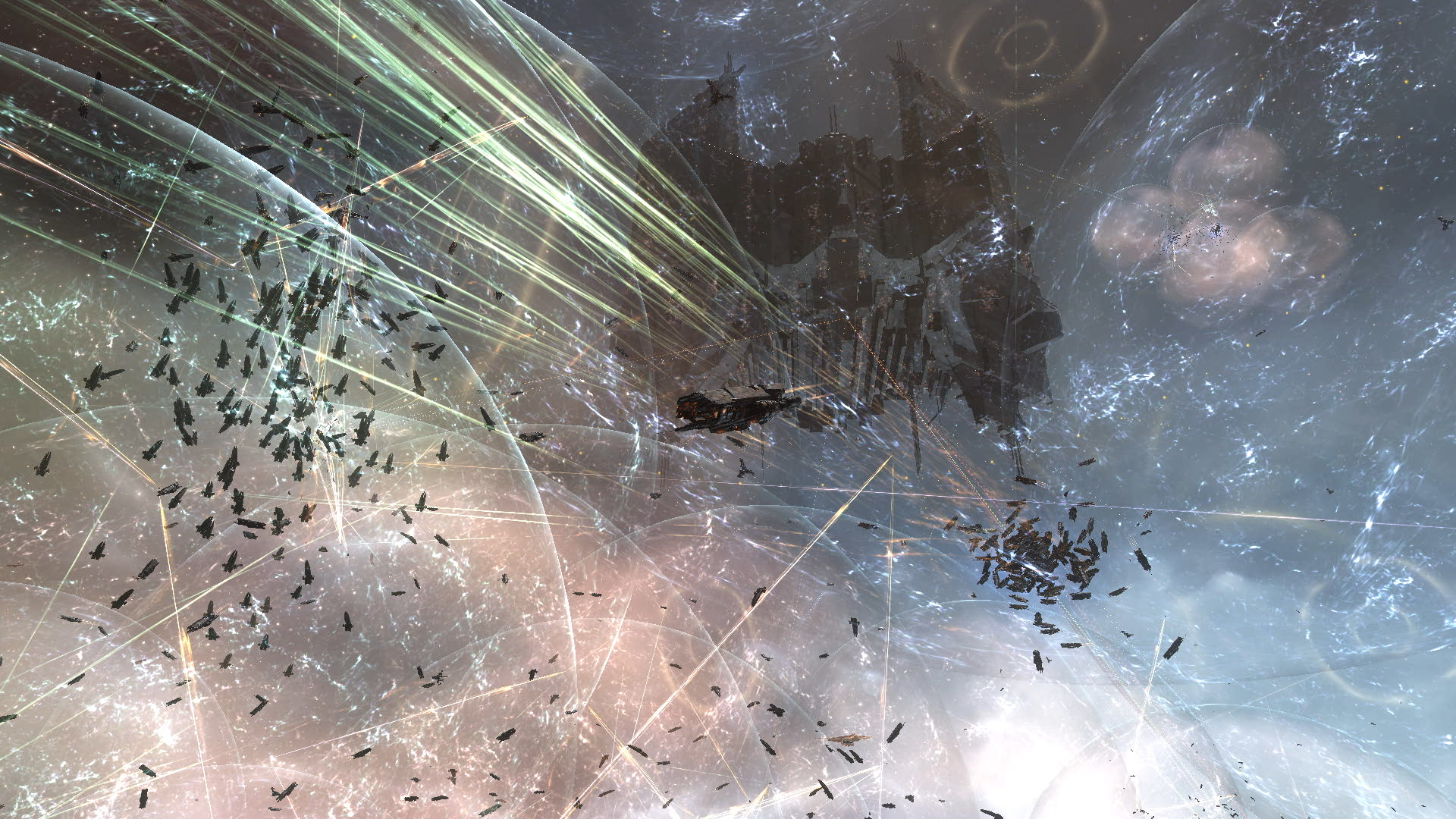 On December 10th 2016, a galactic campaign of conquest known as the Tribute War came to a close in EVE Online as the last null-sec space foothold of the player alliance Circle-Of-Two, a Keepstar-class Citadel in the solar system M-0EE8 in the region of Tribute, fell to the combined forces of Pandemic Legion, Northern Coalition., Mercenary Coalition, Darkness., Pandemic Horde, Waffles, ChaosTheory., inPanic and more. Keepstars are the largest of the Citadels and, at around 160km tall, the most massive structures EVE players can build or destroy. The destruction of this particular Keepstar is also significant as it is the first time that a fully operational and armed Keepstar has been destroyed in EVE Online.

The week previous saw a large battle between these opponents over the second of the Keepstar’s three vulnerability timers, where the attackers succeeded in stripping away the defensive armor layer and leaving the hull itself vulnerable to attack.

This earlier battle saw a total of 1634 different pilots engage the Keepstar over the course of 5 hours, with a peak concurrent total of 4510 pilots in system.

Despite the overwhelming forces arrayed against them, Circle-Of-Two, alongside Test Alliance Please Ignore and various other allies, managed to extract a solid toll from their opponents. Combined, more than 250 billion ISK (EVE’s currency) was lost in the battle that set the stage for the final showdown a week later. A more detailed overview of events during this battle can be found in this Reddit thread by Knerf of Northern Coalition.

The final timer for the Keepstar saw the assembled attackers once again assail the Keepstar, though this time, it seems that the defending force had surrendered the field, choosing to instead evacuate what they could and leave the Keepstar to draw as much blood as it could in its final hours. With the attackers using battleship fleets en masse, and additional pilots from all over New Eden flying in to try and leave a mark on the kill report of the first battle-ready Keepstar, the system saw a staggering peak concurrent pilot count of 5337. This new record bested the previous record of 4920 set in Nisuwa on 2014-09-05 during an event to kill a rare Revenant-class Supercarrier. A total of 4078 pilots were registered on the kill report, a copy of which can be seen here.

The Keepstar itself finally fell just before midnight at 23:49 UTC, with pilot Vlulvik Hrapruk claiming the final blow. The defenders didn’t walk away empty handed though, as they successfully ambushed an incoming fleet in the solar system of Obe on the star gate to Hakonen in addition to racking up close to 250 billion ISK in damage with the Keepstar during the campaign.

A more detailed summary of the events that occurred during the final battle can be found in this Reddit thread by Knerf. You can also see a replay of the Twitch stream from CCP at 10x speed below.

While this battle is now headed for a major chapter in the history books as one of if not the largest battle in gaming ever, there are many more to come. We’re just as excited to see how they unfold. If you have a video, screenshots, stories or something else from these massive battles, make sure you share them in an email to share@eveonline.com or tweet them at @eveonline. And if you missed participating in this historic battle, remember that you can jump in for free now and leave you mark on New Eden. There’s always another war around the corner. 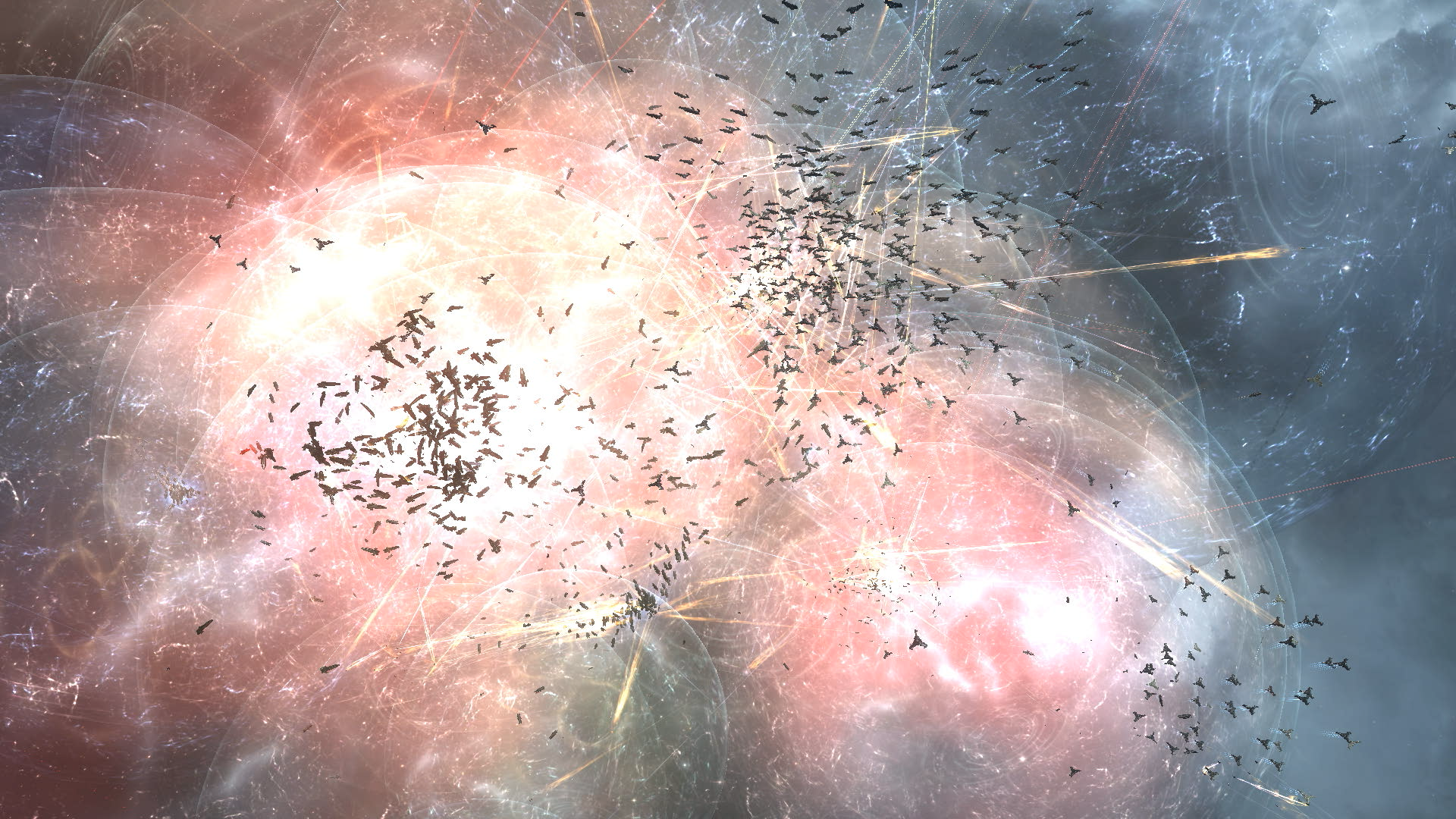 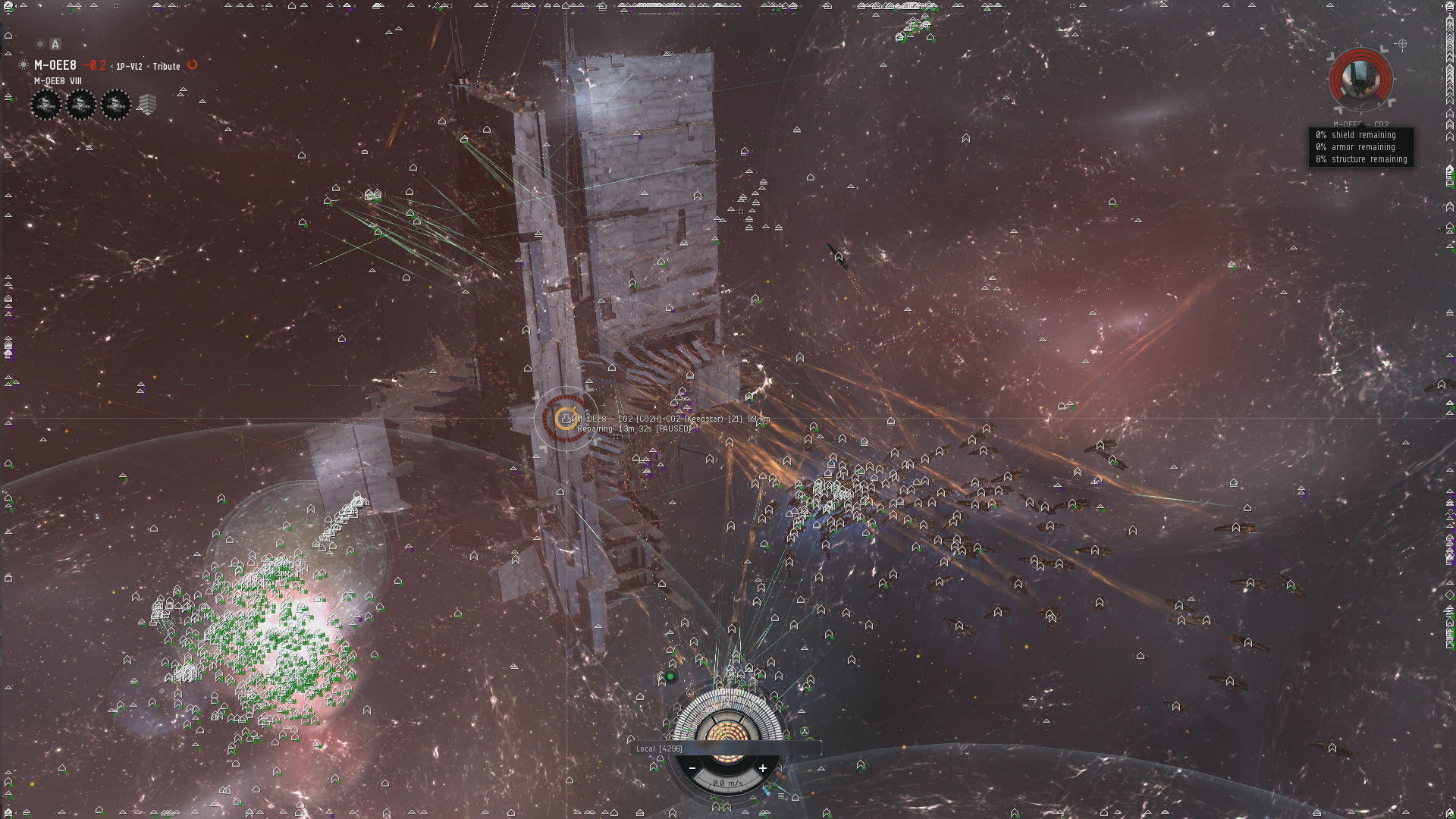 The Keepstar is entirely surrounded by hostiles, with the field littered with warp disruption fields - Click for larger version

*Following last month’s EVE Online: Ascension expansion anyone can play EVE for free by visiting www.eveonline.com to start a journey amongst the stars.