With the sign-ups for Alliance Tournament XI in full swing, we in the Tournament Team thought it would be a nice time to draw attention to some changes to the tournament from last year. As we mentioned previously the cost of signing up to the random draw is only 5 PLEX. Should you be unlucky and your alliance is not drawn in the random draw, do not despair!  Following the draw there will be a silent auction for the remaining 32 spots in the tournament with the minimum bid being, you guessed it, just 5 PLEX. 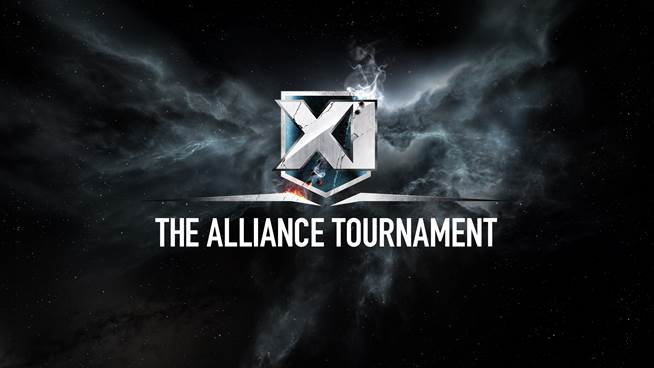 Obviously having the experience of participating in an Alliance Tournament alone is worth 5 PLEX, but there’s more!  Let’s have a look at the features and prizes that come along with tournament participation this year:

Firstly, your alliance will receive access to our test server Duality to practice on. What that means is you will have a private server with a fully seeded market to practice on. As if that isn’t enough, CCP Veritas has worked his magic on the server which allows us to give each alliance a password protected system for them to guard their secrets in. The team captain for each alliance will get the power to set a password for the system and give it out to alliance members that he wants there. This will function similar to POS forcefield passwords. This goes a long way to increase security, so there is no more need to hide in wormholes for instance, but be aware that spying and turncoating is, as always, still possible.

Secondly, the Tournament Team has taken steps to reduce the amount of ISK you need to spend to be on par with the richest pilots in the tournament. By limiting hardwiring implants to +3% bonuses, you will not need to rip out a few billion ISK’s worth of implants between matches just to gain a slight edge against your opponent. Implants are still an important part of an alliance tournament team but you can be certain now that you won’t be against a team that’s splashed cash to get full +6% brains.

Thirdly, you advance through the double elimination bracket to the finals – and win. There are a few things that you can expect to receive:

-          As per usual there will be a prize ship BPC  for the 1st place winner of AT XI with a different prize ship BPC for the 2nd place winner. Details about them will be revealed close to the tournament itself, because we love keeping you guys excited about these things.

-          Each of the top three placing teams will receive in-game medals! That’s right, they are back. Gold for 1st place, silver for 2nd place and bronze for 3rd. These medals have been a hallmark of past Alliance Tournaments  and only stopped being handed out last year. Because of that, the medals will be given out retroactively for the AT X.

-          As a participant in AT XI, your alliance will be immortalized on special in-game collectible cards that will be given out some time after the tournament, in the same style as the New Eden Open.

-          The winners of previous Alliance Tournaments haven’t had their name engraved anywhere in the past and the Tournament Team did not feel that was acceptable. A special Alliance Tournament cup will be created, engraved with the name of each winning team for each of the past tournaments and then the winners of AT XI. This cup will be stored in the lobby at CCP headquarters and displayed at Fanfest and other big gatherings.

The Alliance Tournament is meant to be a place for alliances to field a team of their best pilots and test their mettle. We encourage every single alliance to seriously consider participating as there is great fun to be had and even greater prizes to win. Sign-ups will remain open until 23:59 UTC on June 9th so get your alliance executor to reverse redeem 5 PLEX and log into account management and sign your alliance up! Coupled with the fantastic EVE TV team that was announced in an earlier blog, this Alliance Tournament is poised to blow every prior one out of the water. Better yet, it will blow all previous tournaments out of space!

EDIT: Unfortunately due to unforeseen circumstances there will be no trophy for the tournament this year. We will still endeavour to have a trophy for next year's competition.