New Eden is wild with many uncharted and mysterious places, but as daring as all these places are, the true challenge of this universe is considered by many the boundless freedom of their inhabitants. Tools like EVE Files or DOTLAN would have nothing to report if it weren’t for actual people using their freedom to challenge boundaries and pushing limits and thus gaining fame and reputation.

As with a living and breathing universe the freedom of choice allows for complex social patterns and behavior to emerge; behavior which is often discussed within the community and by the citizens of New Eden. Some entities will try to copy and refine certain patterns – especially if it proven to be successful – while others will despise the involved strategies and tactics. These controversies reveal the incredible richness of cultures in New Eden based on the freedom of choice.

We want to show you an example of how structures emerge and evolve within New Eden and we would like to introduce you to the wonderful and amazing world of medium sized alliances, underground and open warfare, metagaming and pushing the limits. Let's have a look at Pandemic Legion!

Pandemic Legion (PL) is a medium sized alliance of currently 1300 members and with a strong focus on PVP. Pandemic Legion is famous for winning the Alliance Tournament three times in a row and also for using metagaming and spywork as well as their abundant resources in form of a sizable supercapital fleet and highly skilled pilots to reach their goals.

Despite the almost infinite possibilities in New Eden with so many variables available to change, it appears that the human factor and the social interaction is the ultimate factor to consider. The alliance executor has to trust people with money, fleet commands, secrets etc. The executor also needs to build up redundancy in case that someone important is not available for days or weeks so that the whole alliance wouldn’t experience a fatal breakdown. Shamis thinks that complete financial transparency is also very important for an alliance and its survival. 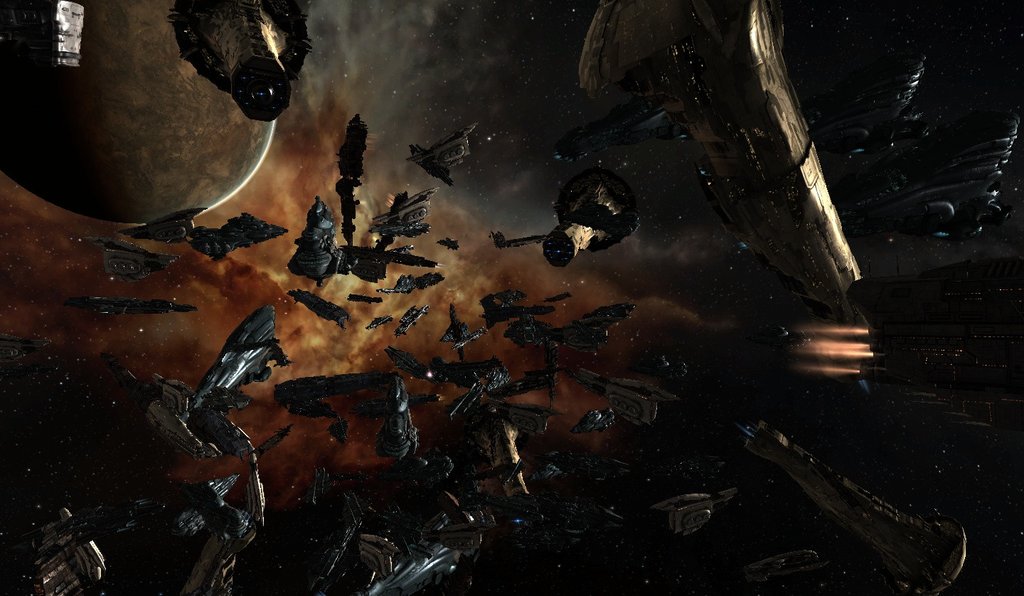 PL is also known for mercenary business. Mercenaries can be hired for money or other assets to provide extra fire power at the frontlines or to create some diversion elsewhere to weaken the opposing forces. With a massive capital and supercapital fleet and the potential to disrupt even large 0.0 alliances, PL was hired as a mercenary group several times. Not all contracts were finished successfully according to Shamis, for example the contract IT vs. Goonswarm lacked the desired effects. Shamis mentioned that new mercenaries should be able to cover their own expenses and that merc payment should be more considered a bonus than a salary.

The Alliance Tournament IX was not so successful for Pandemic Legion as they couldn’t reach the quarter finals let alone the finals and this was considered by the general audience to be a surprise. However, this just shows how exciting and sometimes unpredictable the Alliance Tournament can be.

Shamis considers the most exciting match by far in the Alliance Tournament the AT6 finals where PL fought R.U.R. in an extremely exciting and close match. The battle was  very intense with some of the pilots pulling off crucial kills while  their shields and armor were completely wiped out and only a tiny percentage of structure remained. Another interesting match was observed in the AT 10 group stages where PL fielded an officer fitted Bhaalgorn battleship and several Malice class ships, estimated value together over 100 billion ISK, but Rote Kapelle took the victory in that match.

A key to PL’s success in the Alliance Tournament is the extensive testing and theory-crafting together with observations about other teams and making predictions about their tournament setups. Most of the past matches can be studied as statistics, match descriptions and videos from previous Alliance Tournaments are available in public for everyone to observe and to draw their own conclusion.

During their space holding and mercenary time Pandemic Legion released a multitude of videos. These videos enrich the EVE Community for showing the beauty of our beloved New Eden packed full with action. In this Spotlight we can only point to a few videos, more are available and can be easily found. A somewhat older propaganda video can be found here while more recent videos are available here and here.