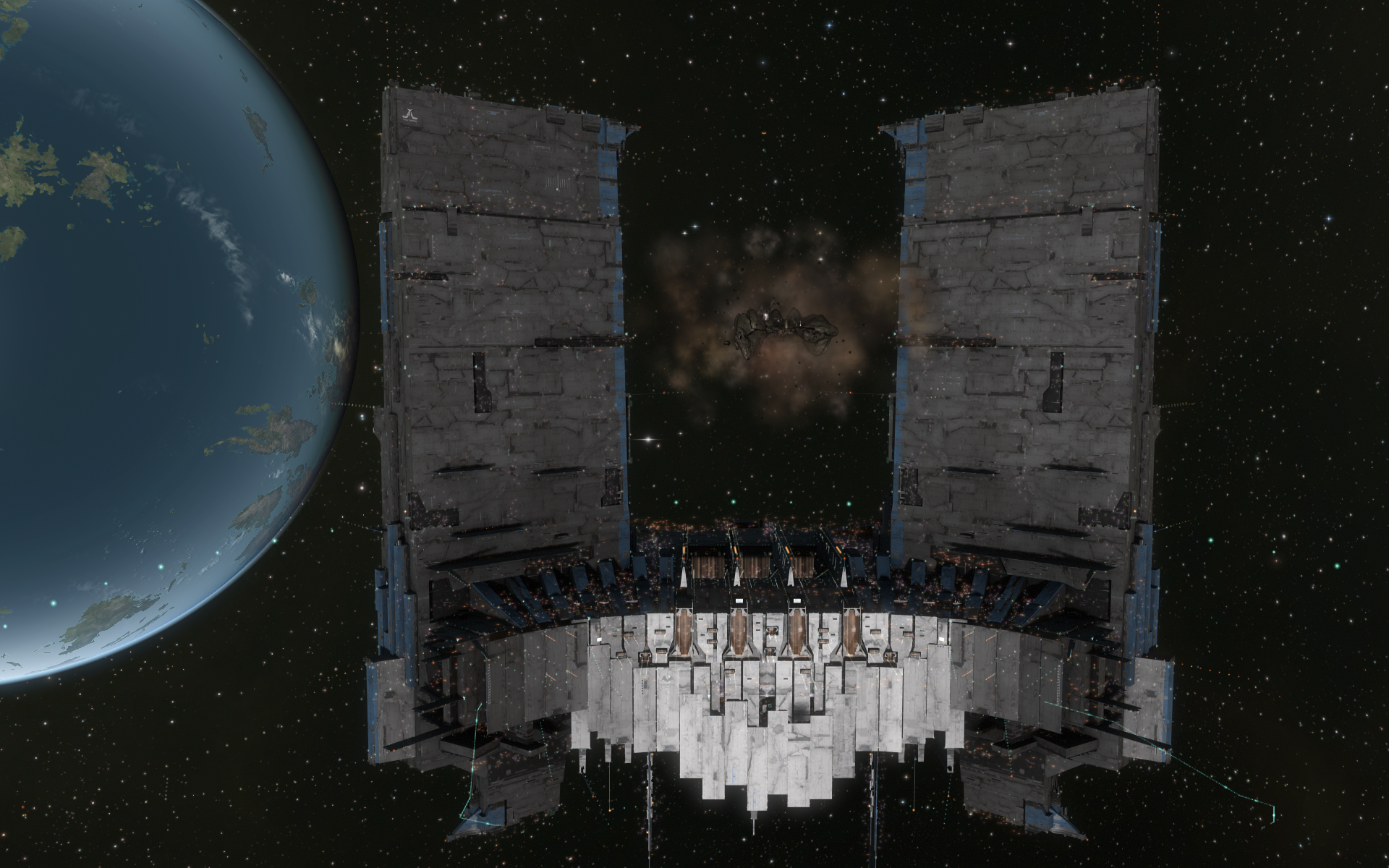 All is not well in New Eden, after a series of large outbreaks of the Kyonoke Plague were reported across the cluster over the course of the last few weeks.

An entire city in the Caldari State has been sealed off, quarantining more than 36 million. The orbital platform of a Space Elevator in the Republic has been shut down and towed into high orbit with countless still aboard. Several decks of a Genolution owned station in the Empire have been locked down, and a mining outpost in the Federation has been besieged and sealed tight.

All to avoid the spread of a deadly pathogen with a 100% mortality rate.

With the Caldari State and the Gallente Federation at each other’s throats in a diplomatic crisis over the spread of the plague, the Empire silent, and the Republic seeming to be planning to go to extreme lengths to protects its people, the Society of Conscious thought have constructed a base of operations close to the scene of the outbreak in the Federation with a view to resolving the situation both peacefully and ethically.

Along with science teams from all four corners of the cluster, the SoCT have invited the brightest and best capsuleers – our Fanfest 2017 attendees – to be part of the YC119 Kyonoke Inquest, an event that the Society hopes will find the root cause and a cure to the plague, before it’s too late for trillions across the cluster.

This year, in partnership with the Emmy award winning production company The Company P, the venue for Fanfest 2017 will be transformed into the H4-RP4 Kyonoke Inquest Center, a Keepstar class citadel gravlocked to a quarantined backwater Astral Mining facility in the Federal system of Postouvin.

Attendees are invited to take part in an immersive event over the course of the three days of Fanfest 2017, and your actions will ultimately decide the outcome of the situation as well as the responses to the containment situations by each of the empires. 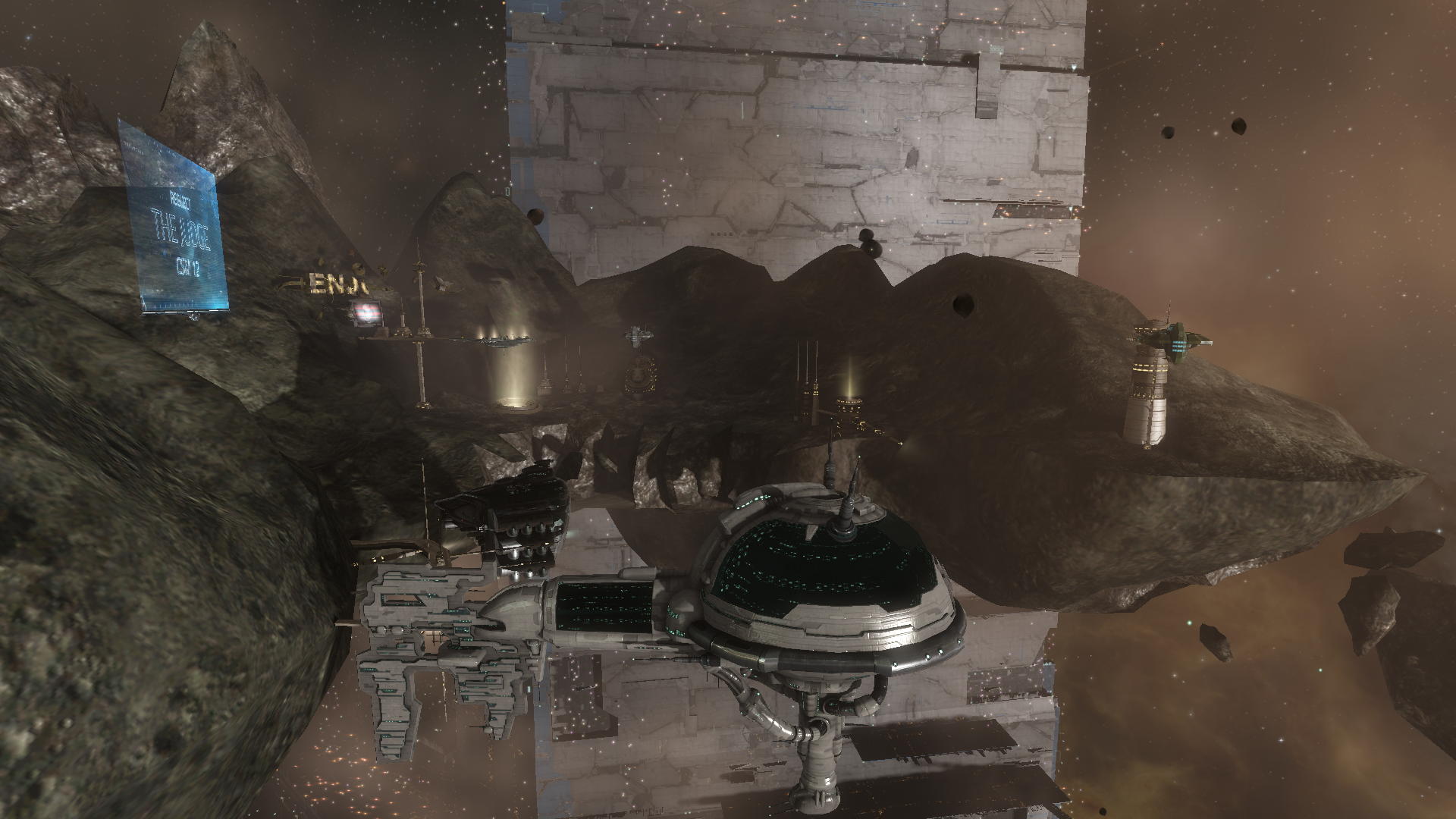 How does it work?

At the start of each day of Fanfest, there’ll be a situation report and a briefing on the current state of play in the SoCT Inquest Hall, before each participant heads off to enjoy Fanfest and earn vote tokens through tasks and activities at various locations around the Fanfest venue.

Be aware though, to complete some of these activities and tasks, you may need assistance from your wingmen within EVE Online.

As each day concludes, participants will bring their vote tokens to the Inquest Hall, where they’ll be able to vote on various proposed resolutions to the situation, as well as add their own addendums to resolutions that they can attempt to push through for the benefit of their own empire, or of course to the detriment of those they oppose.

How can I take part?

You can collect an additional Empire ID – which signifies that you’re part of the event and are working for that given faction – when you collect your Fanfest access pass. Just select your empire and you’re good to go!

This will let the NPC actors and game masters running the event know that you’re a part of it and would like to be included in proceedings.

Cosplay is of course encouraged, but not required to be a part of the game, and we’d like to see as many Fanfest attendees as possible taking part. After all, you’re making (or knowing the EVE Community as well as we do, breaking) history, so why not be a part of it?

For those who do happen to be in cosplay, maybe there’ll be a few devs around who’ll issue a prize or two if they see you sporting kick ass costumes.

To start being a part of the event, all you need to do is visit the four faction themed locations around the Fanfest venue to collect mission cards and earn vote tokens, which you can then use to influence the outcome of the event by voting on and hopefully passing various resolutions that shift as the game progresses.

You might want to assist with laboratory tests, hunt for clues in a shady looking bar, maybe excel in mental or physical aptitude tests, or rely on your faith to see you through. Either way, the choice is yours.

Whether you choose to drive the event or just observe and meet others, as a Fanfest attendee and capsuleer delegate to the YC119 Kyonoke Inquest, the venue is yours.

If at any point you feel like you want to opt out to head off to a presentation, roundtable or panel, just slip off your Empire ID and wave away any approaches by representatives from the empires.

Sounds cool but I’m not a roleplayer… I don’t know where to start!

The whole event has been designed so that you don’t need to have a deep knowledge or understanding of New Eden’s backstory to take part. The aim is for this to be a fun and engaging event for attendees of all backgrounds and professions in EVE.

The challenges, activities and tasks won’t be deeply grounded in backstory to the point where those taking part will need to have good knowledge of it, with most of them revolving around simple mental or physical exercises to earn vote tokens.

That said, if you do want to immerse yourself, then there’s plenty of detail to dig into if you feel like it.

The choice is yours, but be aware that whether you’re a roleplayer or not, your actions have the potential to impact New Eden like never before.

The set locations for each empire that are distributed around Harpa are also free and open to all attendees, so should you want to just take a sweet selfie with your corp or alliance mates, or relax in an area themed after your favorite faction, you’re more than welcome to dive on in and do so.

Whether you decide to take part, or just want to experience Fanfest the traditional way, is entirely up to you. Regardless, you’ll be able to keep up with the event on the Twitter hashtag #kyonoke over the course of Fanfest.

There’ll be more information at Fanfest and via email for all attendees, so be sure to keep an eye on your inboxes and come along to the situation report sessions to learn more.

You can also join the Kyonoke Inquest facebook group to keep up to date.

We look forward to seeing you at Fanfest!

We’ve been testing ash samples for two days now, and it looks as if the temperature we’re incinerating at is sufficient. We’ve finished digging the additional pits in Seiituda Park, and I’ve heard they’re doing the same in twelve other districts too.

With the dome in place, we’re not going to be keeping up this rate of disposal. We’re running out of fuel and we’ve already had to drain the power cells on six Gunnlogis.

It’s been fourteen days since we heard anything from operations, and the squad is barely holding their shit together. They've cut us off down here.

Civilians are asking too many questions, and tempers are fraying. I had to put Kasola on medical leave yesterday because he shot two looters. He just couldn’t hold it together any more.

It was a mistake. As soon as command got wind that someone was on medical, Zainou showed up and quarantined him. We haven’t seen him since.

Son of a bitch better get back here soon; we need all the hands we can get... and well, we're all screwed regardless. __Quarantining my squad ain't gonna help at this stage.

Asshole still has my smokes, too.