Fleet interface and other improvements in Retribution 1.1 | EVE Online

Fleet interface and other improvements in Retribution 1.1

Hi all and happy New Year!

I would like to tell you about a cute little change we will be making in Retribution 1.1.

First off, I know for a fact that all the fleet leaders out there just love to move people around in fleet. I mean, what is there not to love about the 5-layer right click menu they get to use for every single pilot they want to move? 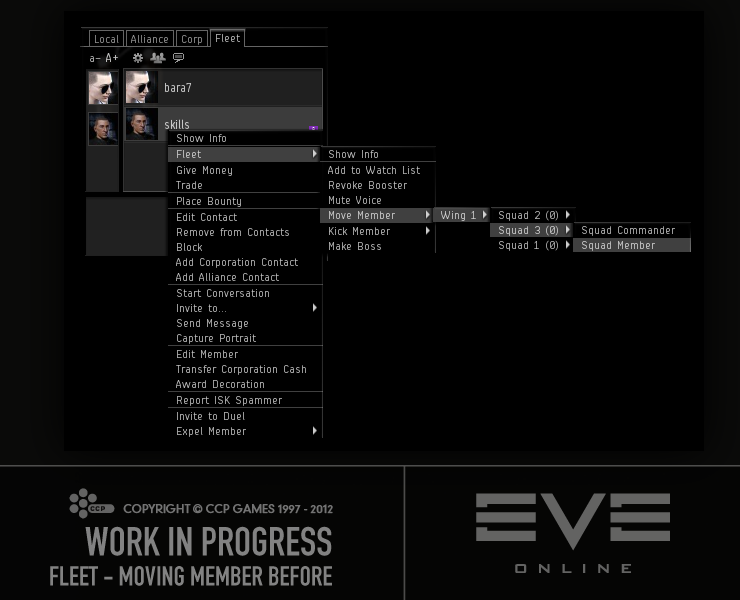 Well, as great as it is now, it appears that not everyone loves those menus, as some of you have been asking us to implement drag and drop to move people around in fleet. When I read the first post suggesting that, I thought to myself, "Yes of course we should do that, it makes perfect sense and would simplify this moving business so much".

So that is the cute little change: after Retribution 1.1 you will be able to drag people in the fleet window, and drop them on the wing or squad you want them in.

It's worth noting that this change will only simplify the process, but the rules for the organization of fleets are still the same. To refresh your memory, here are the rules:

So how does this drag/drop business work? It's very simple:

*cell = an entry in the hierarchy view of the fleet. 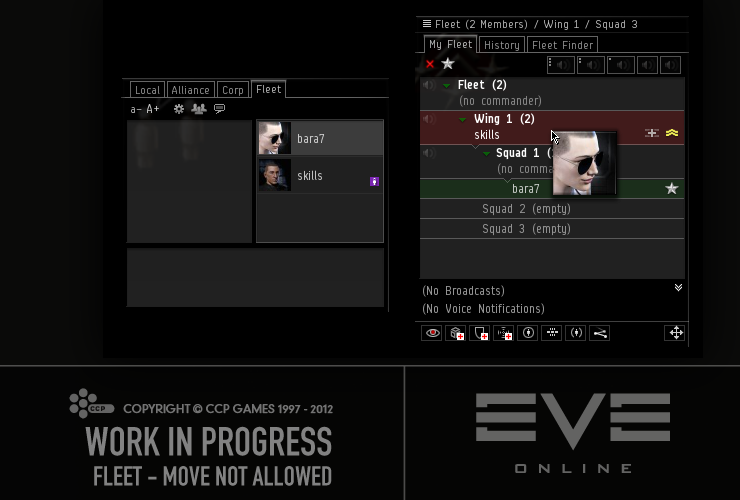 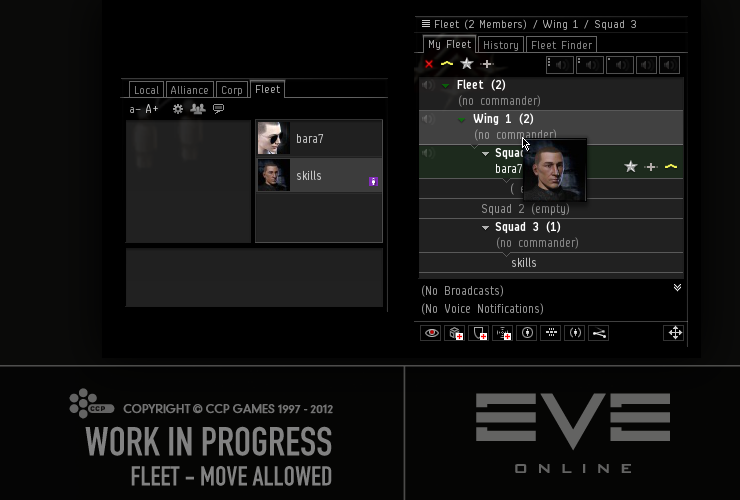 And where do you find those people to drag?

The most obvious place would of course be in the fleet window itself, but you can also drag people from the watch list, channel member list, contacts list, fleet composition window, and pretty much anywhere you have a character listed.

One of my favorites about this feature is that you can drag and drop a character link from chat, which can be pretty handy when you ask people to "x up". 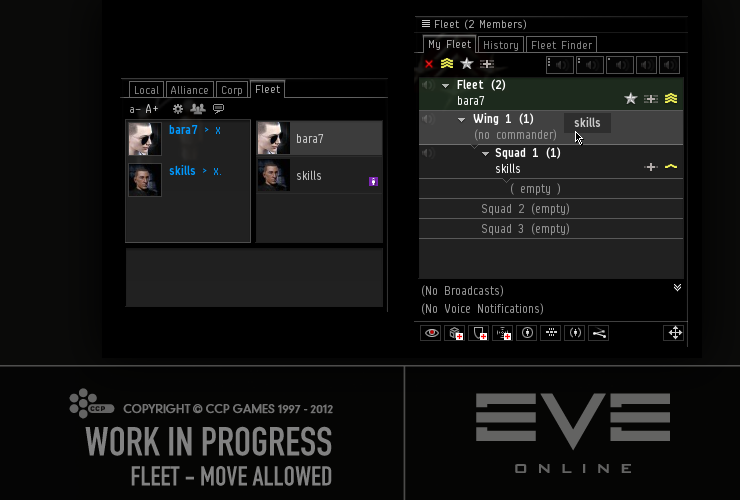 Up to this point I have been talking about moving pilots who are already in the fleet, and that is what I originally set out to do.

Additionally, if you just want to invite someone to be in your fleet as a general member, and don't really care in which squad they land, you can drag them onto the "My Fleet" tab and they'll be invited to your fleet.

I think it would be super cool if it was possible to mass-move members, for example to select and drag all the logistic pilots in the fleet composition window and drop them in a squad, but that improvement will have to wait for now.

I hope you like this feature and that it will make your lifes easier when you are organizing your groups to go kill others (or hug, or whatever it is you like to do in your fleet ops).

In addition to these awesome enhancements, we have done a few other Little Things recently:

With lots of love and all that stuff,
-CCP karkur