With Crius we deployed our first step in rebalancing industry in EVE Online. It was a tremendous challenge to overcome, as we did nothing short but to start anew with the implementation of industry and its user interface, all the while making sure design changes would still support one the most fundamental systems of the game without breaking everything.

While there are iterations still left to undertake, the results look satisfying so far. Manufacturing went up by roughly 27%, Copying 36%, with the largest increases coming from Invention (53%), Time Efficiency Research (140%), and Material Efficiency Research (165%) which is not that surprising considering the removal of the slot bottleneck. The only notable exception to that growth remains Reverse Engineering (8%), which remains a very isolated activity only run by a dedicated group of individuals.

However, Crius was so extensive that we just couldn’t fit all the changes we had planned in one go. Now, as the dust begins to settle, time has come to close the loop with two industry professions that were left out, namely Invention and Reverse Engineering.

Also, in an effort to give players time to adjust, please note that those changes are not planned for Oceanus and will be delivered at a later date.

Our first investigation has been to look into the Science skills required to invent and build Tech II items.  We found inconsistencies all over the place. For example, Mechanical Engineering and Electronic Engineering are over-represented at the expense of Graviton Physics or Molecular Engineering. This is important because it determines datacore requirements and consumption, which in turn influences the market.

Also, figuring which race is needed to invent an item isn’t always intuitive. One could assume inventing an ECM II module would require Caldari Encryption Methods with a Caldari Data Interface, since ECM is the main Caldari electronic warfare system. However, it actually requires Gallente Encryption Methods at the moment, which is quite confusing. So, we are cleaning this quite a little bit.

For modules and ammunition:

We would like to break the overabundance of Electronic Engineering and Mechanical Engineering skills and datacores, while linking Racial Encryption Methods skills to be more intuitive in general. 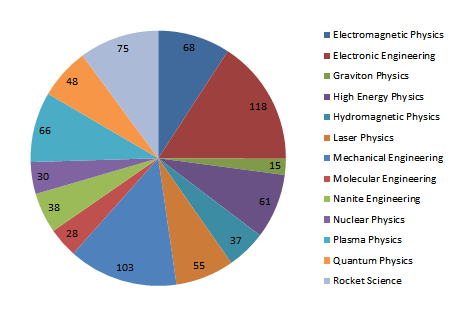 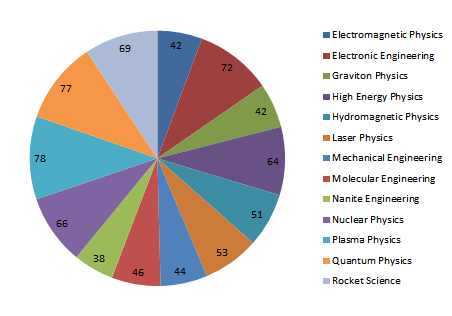 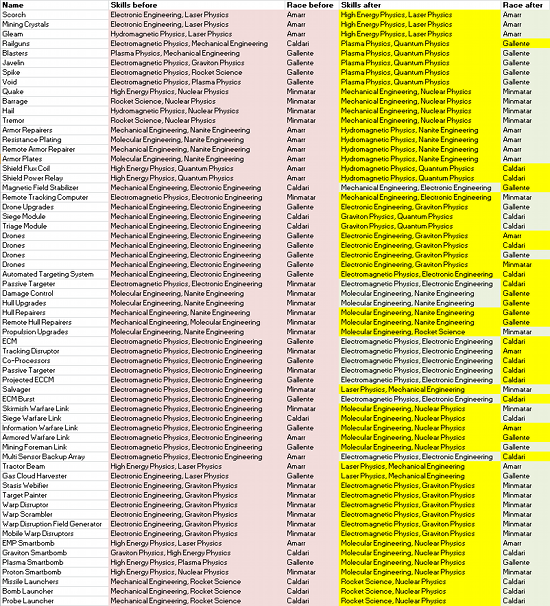 Mechanical Engineering is needed for most ship invention (for Tech I hulls) and manufacturing (for Tech II hulls), except for Stealth Bombers and Covert Ops which require Rocket Science and Electronic Engineering respectively. We are making things more even by matching the role of the ship with a required science field.

The main role of a vessel may be seen in the ISIS or in the Show Info window. It’s the second icon on the left, above the ship bonuses. 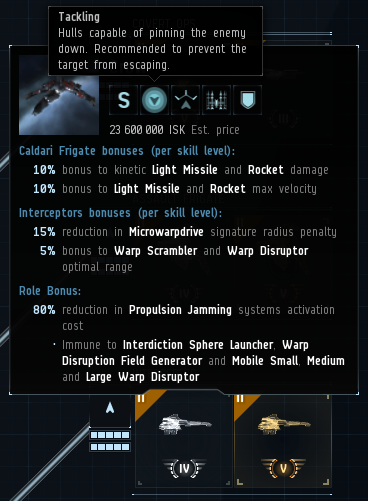 Exact details of the change below (click to enlarge):

Finally for Tech II manufacturing we are bringing all “Construction” skill requirements to 1 instead of having arbitrary restrictions to 4 or 5. To compensate, we are giving a bonus for training those skills, like a Time Efficiency reduction. We are also renaming them “Advanced Ship Construction” to emphasize on the fact they’re not required for basic hull manufacturing.

For example let us compare a Sin manufacturing before (left) and after the changes (right):

Let us quickly explain how Invention and Reverse Engineering work right now for the non-initiated before going into details.

Once the job is started and the components consumed, the system uses a chance roll mechanic to determine if the player gets the coveted Tech II blueprint copy or gets out empty-handed.

The formula has been slightly changed with Crius and now is:

Reverse Engineering is used to obtain Tech III blueprint copies out of Ancient Relics from Sleeper space in wormholes and was introduced back in EVE Online: Apocrypha.

It is made of:

Again, once the job is initiated, a chance-based roll will determine the outcome based on the following formula (which has been updated with Crius as well):

There are several pain points with the two systems explained above:

In essence we end up with two different industrial activities that almost have the same look and feel, while having some key differences. That gets confusing when comparing the two: features should either have different gameplay to justify their existence or should not exist separately at all.

That is precisely why we have decided to merge Invention and Reverse Engineering into a single activity.

This merged feature, which shall still be named Invention, will henceforth be defined as the industrial activity that yields advanced blueprints no matter their tech level. If using a Tech I blueprint copy, the output will be a Tech II blueprint copy. When using an Ancient Relic, a Tech III blueprint copy is to be expected.

This activity will have sinks, mainly through Datacores, and will offer ways for the player to modify its inputs and outputs through Teams and Decryptors. 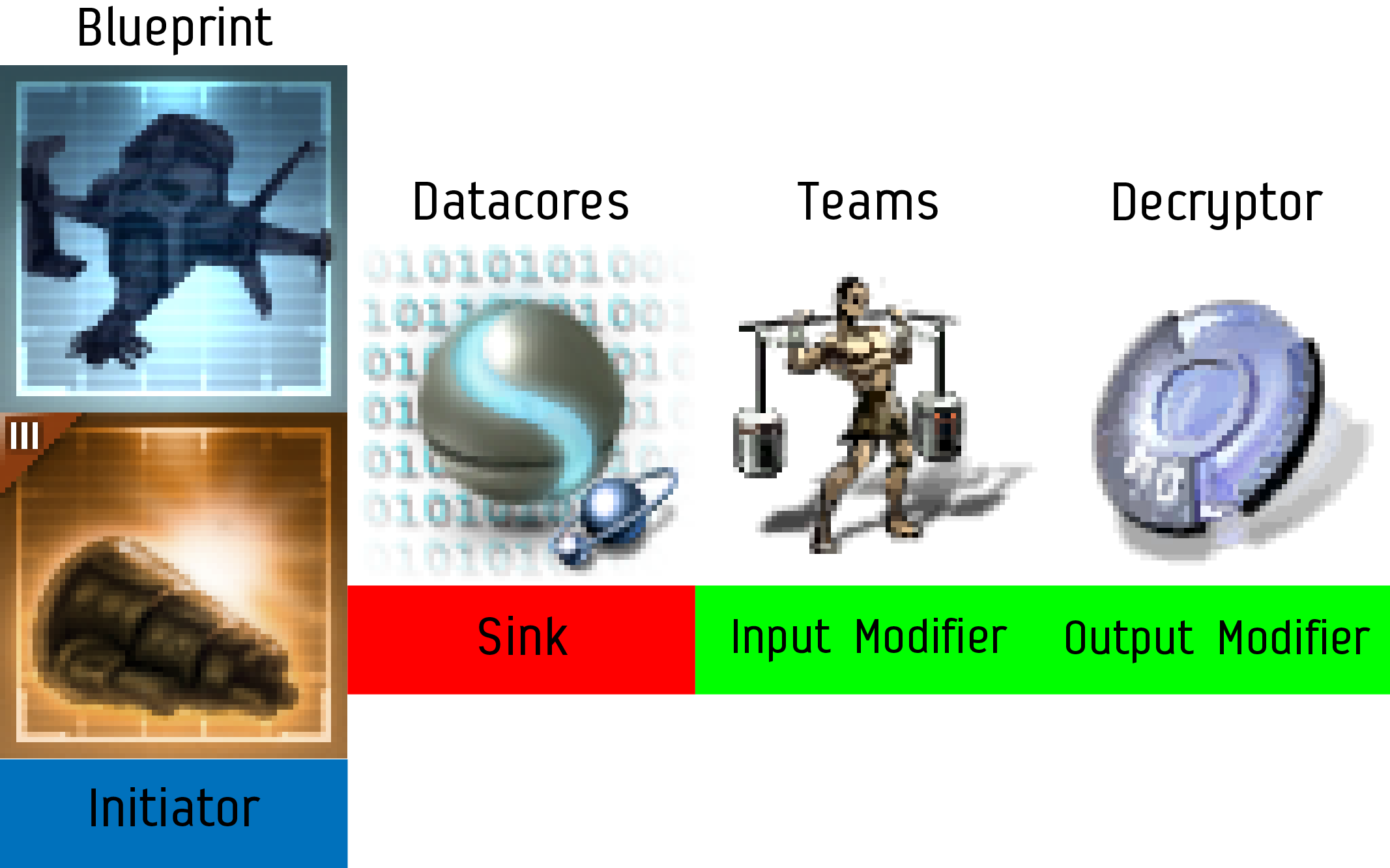 To reach this goal, we will need to do the following:

Where the required Racial Encryption Methods skill is going to vary depending on the outcome:

For comparison purposes, below are the old Invention + Reverse Engineering success chances (left) versus new (right): 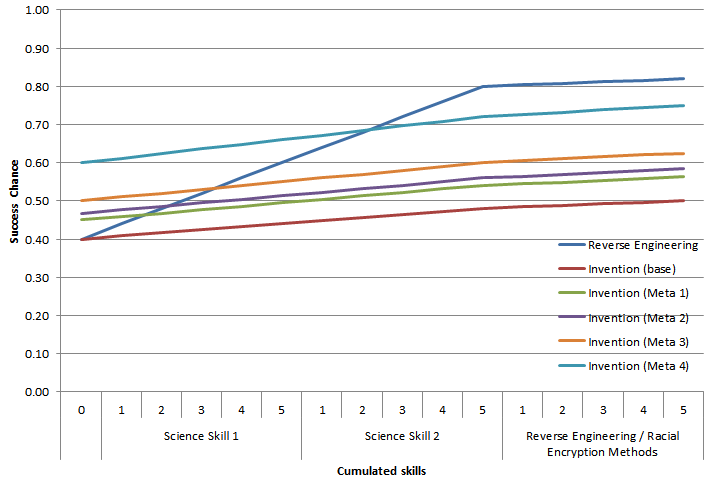 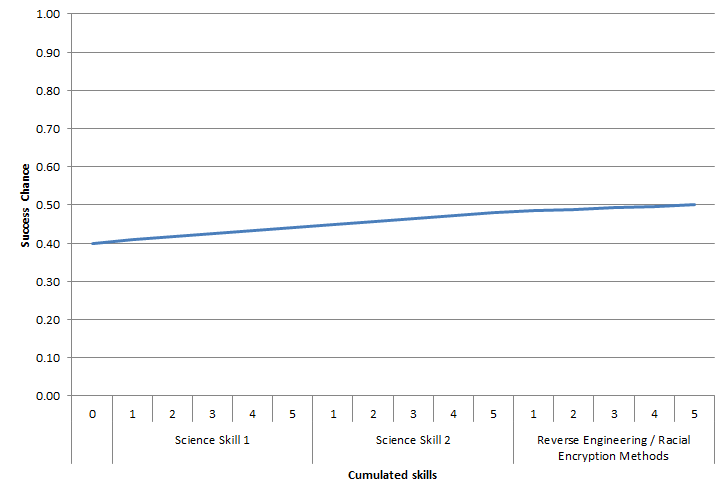 We are compensating the success chance decrease by:

Invention feels very absolute in its outcome right now - you either get the full results for your trouble or quite nothing, except for a soft pat in the back by a sympathizing CCP Fozzie. We would like to provide more outcome gradients between just a binary 0 or 1. This would be calculated as a % chance on success or failure, and give various outcomes. 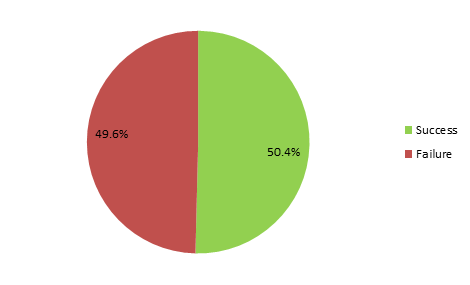 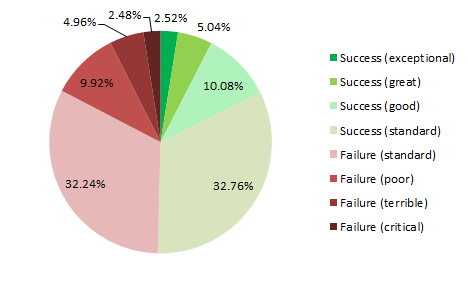 This would give more granularity to the outcome, provides returns on investment when failing or establish a better sense of accomplishment when maximizing success chance. While this would mean less ISK sink into Invention, this is quite needed to counteract the success changes mentioned above.

Tweak to base success chances

We would like to tweak base success chance on various item types so they are a bit more consistent with ship sizes. Base invention chances currently are:

So basically it results into a 5% base chance increase for all ships, except Freighters that drop down from 30% to 20% and Exhumers, which get a 0 to 10% boost depending on the exact hull.

While players can select the race (Amarr, Caldari, Gallente, Minmatar) and type (Offensive, Propulsion, Defensive, Engineering or Electronic) of a given subsystem they are going to invent, there is a random element in the exact type returned, which exists in four variations.

We are going to remove that chance element out of the system by allowing players to directly select the subsystem output they desire instead of running multiple attempts. We are aware that Tech III subsystems are not all equally valuable right now, which is why we may iterate on their material composition to counteract these changes if needed.

Last but not least, we recently changed Invention to only consume one run of a Tech I blueprint copy instead of eating the whole stack. The next logical course of action is to allow players to start invention with multiple runs (that each consume one run of the input blueprint copy) so they don’t have to launch them manually every hour, which is what we’re going to do with this set of changes.

As a direct consequence of what’s explained just above and after gathering some data of what’s happening post-Crius, we may tweak invention times further on some blueprints to make sure Invention is in a proper state before we move on. We will post more details on this particular point as we get them.

Please remember all of this is subject to change until deployed and that Market speculation is done at your own risk.

Stay tuned for more and expect threads to appear on the “Features & Ideas Discussion” to discuss specific points mentioned in this blog with time.