Watch the Steps: Captain's Quarters and the Road to Launch

It's time for an update on what's new in the Incarna front and what's included in the next public test build on Captain's Quarters. The build is up and available to all EVE players on the Duality test servers. You can find the instructions on how to get there right here.

The first public test on the Duality server with an alpha stage Captain’s Quarters was a blast. We got a lot of good feedback, much of which taken into account in polishing up the feature. We started to see more concrete discussion on what everyone appreciate with the feature, what not and would like to see more. This thread and the great visual concept video by TalonClark is one example.

A couple bugs managed to sneak into this version, making playtesting on the tutorials challenging. There is also an issue with the new turrets. Undocking will in some cases get your character stuck.

We're using this build first and foremost to hunt down issues with hardware, performance, memory leaks and graphics issues in Captain's Quarters.

What's new in this version

Animations for male characters are getting very close to what we're aiming for. Movement is now considerably more responsive and smooth. Sitting animations have been replaced with the final ones and the skill injection animation has been replaced. Animations for female characters are a bit less polished than male ones as we're working through things first for male characters. Camera works better and we have also added mouse steering with both left and right mouse buttons pressed for those of us that can only play with a coffee mug glued to one hand.

This build is still restricted to the Minmatar Captain's Quarters on all stations and is getting ever closer to release-quality. The interior has received a more final lighting pass, textures, placeables, effects, lens flares and just more cowbell. Some missing textures and placeables have been added, and the walkway and balcony are now partially textured.

Stability has increased, some FPS issues have been addressed, big memory leaks should be gone and we’re turning our attention more to issues with different hardware, graphics cards and performance on lower end computers. If you are having trouble, please tell us. See above for the link to forums post and instructions.

Character recustomization can now be accessed through a mirror, though you might notice that simulated cloth on some clothing and hair doesn't display correctly yet. Customization also properly updates the character in the Captain’s Quarters. 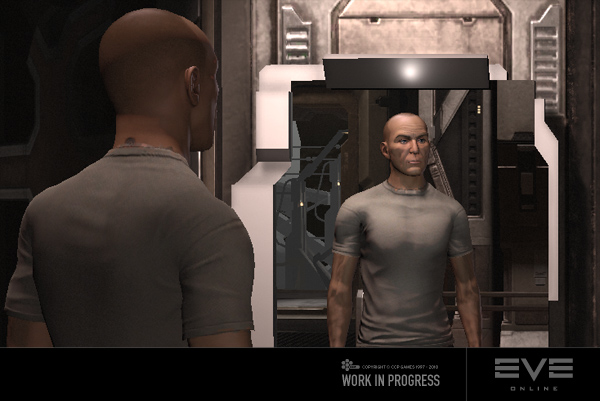 Ship fitting object both inside the Captain's Quarters and on the balcony now shows a holo projection of your active ship: 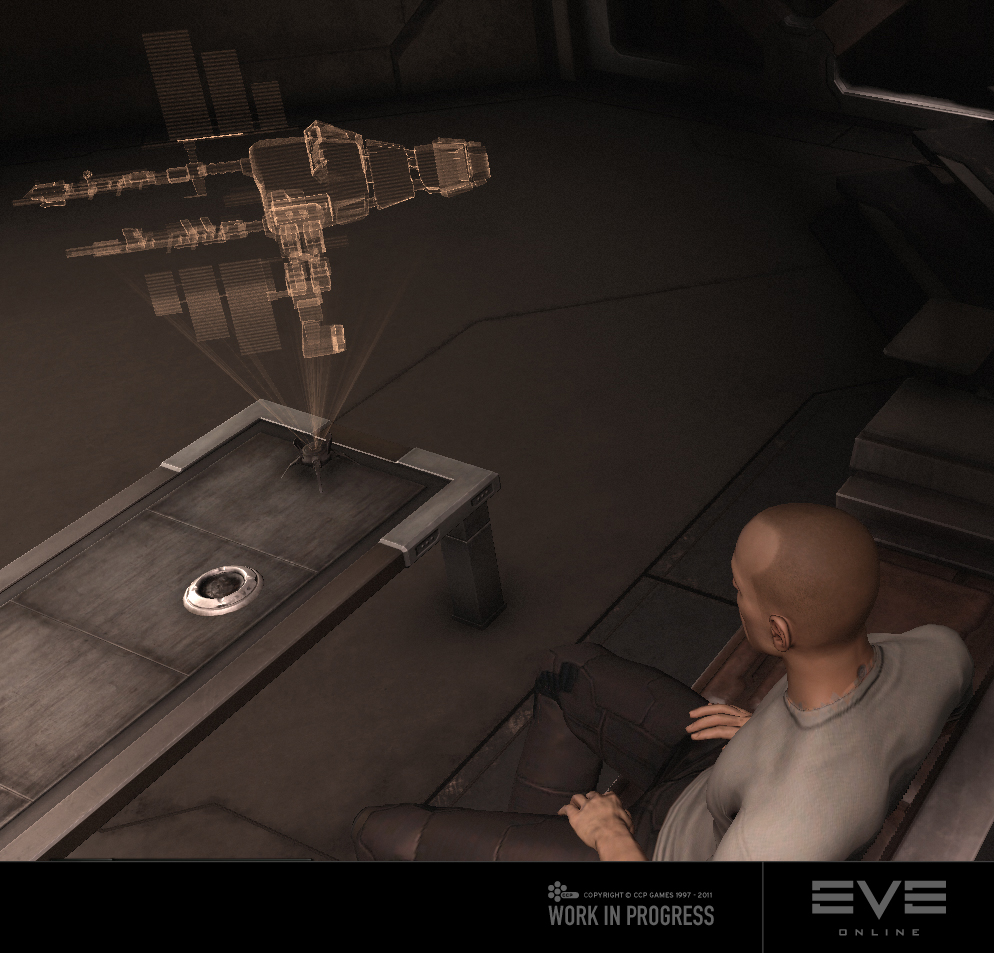 On the New Player Experience (NPE) content front, the new NPE Epic Arc received a healthy bunch of fixes. “Pilot License Certification” now includes voiceovers for Aura in English, and the German and Russian versions are on their way as well. The initial tutorial windows also include helpful images for newbies to overcome some alleged complexities of the EVE UI. The Pilot License Certification includes a new courier mission from the starter system to the nearest Career Agent system. We’re also testing a small change aimed at rookies that disables closing tutorials until you’re through the skill training tutorial.

This version shows considerable progress from the first Duality build but we’re not quite there yet. The next build following this current one will include the biggest number of new features and polish yet, and it will be a feature complete set for the first release of Incarna and Captain’s Quarters. Here’s a couple of things we’re still working on.

With the first alpha build of Captain’s Quarters quite a few of you commented on the ship placement in the hangar. This has now been polished to also show small ships in all their glory. Here’s a comparison shot of the Dramiel frigate and the Nightmare battleship: 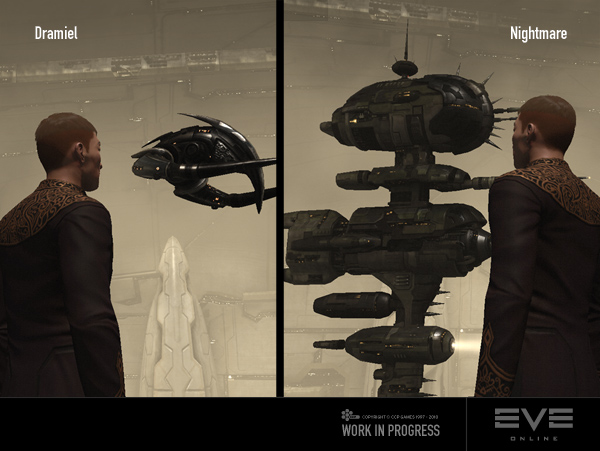 The User Interface for accessing all the functionality in the Captain's Quarters is near complete as well but couldn’t make it into this build. Incarna will have its own UI that indicates the objects you can interact with. The classic EVE Online right-click menu in place right now will be gone very soon and this is how it’s going to look like with the next update: 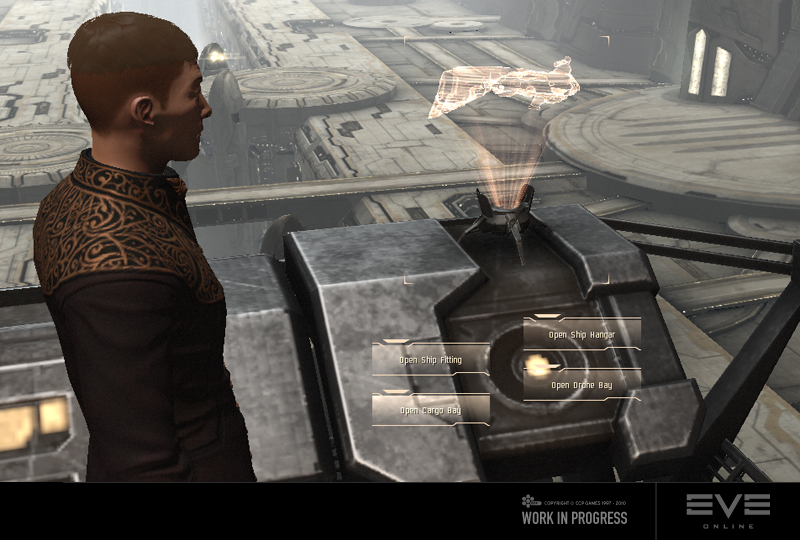 The screens in the Captain’s Quarters aren’t receiving major updates yet in this build. The main screen will include more information along with the interactions, images and videos for the final visuals. A facelift for the Corporation Recruitment is being worked on, Planetary Interaction screen and the new Agent Finder will also get finalized for the next build along with new interior sounds and a ton of other additions, polish and tweaks.

As with the previous Incarna dev blog I’ll be answering your questions in the forum comment thread.