Signups for Alliance Tournament XVIII are now open! Below is the full list of rules and signup instructions. All hopeful competitors, please take your time and review everything carefully.

Do note that both the format and match rules are subject to change at CCP’s discretion. It is strongly advised that participants regularly check the Tournament forums and Discord for the most up-to-date information.

Alliance Tournament XVIII (ATXVIII) is a 32-team, double-elimination tournament hosted on Tranquility. The Tournament will culminate in a best-of-five finale, with the semi-final matches being a best-of-three series. The 32 entry slots will be decided in the following fashion:

For AT XVIII, the Captains directly invited are:

Each team will consist of a maximum of 10 pilots fielded at any given time. All Alliance members are eligible to compete in any match in which their Alliance is taking part; team lineups do not have to remain the same between games. Each team is capped to a team size of 30, plus up to an additional 10 Mercenaries, for a total potential team size of 40, but each pilot will be subject to review and approval. Further, each ship is given a point value (listed below), and the sum of the point values for the ships must not exceed 100 points.

Players may only compete for a single alliance, regardless of how many player accounts they have. Likewise, there shall be no sharing of in-game assets, information, or services with the intent to participate in or assist multiple teams. More on this in the “Collusion Rules” section.

The seeding for ATXVIII will be based on a combination of the previous tournament positions, the first 6 positions listed above the remaining positions will be randomized. Players may not change their allegiance during AT XVIII, and Tournament rosters should be considered ‘locked’ by 30 August 2022, 23:59 UTC. Changing Alliance after this date will result in the spot being forfeit.

Given the duration of the Tournament, we have decided to offer teams additional flexibility with their team member composition. Teams may submit up to 20 pilots (and up to 7 Mercenaries) for checking and validation by the Roster Lock date above, then between 10 October 00:01 UTC - 17 October 2022, 23:59 UTC a "Final Team Lock", allowing teams to finish filling their Roster with the remaining 10 slots (and 3 Mercenaries) for confirmation. Please note, that the final team members will be subject to the same constraints of the 30 August Roster lock conditions and must be a continuous member of the Alliance since that date. The remaining 3 Mercenaries may not be part of an affiliated Alliance that had submitted an entry into the Tournament during the initial signup phase. Additional details below:

The Mordu’s Legion, sponsors of the last Alliance Tournament and one of New Eden’s most notorious mercenary outfits, have persuaded the Interstellar Gaming Commission to continue allowing each Alliance the option of employing the services of ‘Mercenaries’: otherwise, unaffiliated pilots who exhibit a keen propensity for competitive play. The IGC has offered the following guidelines as it pertains to the use of Mercenaries.

In certain circumstances, Alliance Tournament Captains may petition the IGC (via an EVEMail to the character "IGC Alliance Tournament") to alter their team’s name to more aptly reflect the new identity their mercenaries may have imparted. The IGC is a very strict arbiter and requests that all names be identifiable and representative of the group; not all names may be accepted. Consider the following example scenarios:

The Mercenaries and Team Captains must register before the “roster lock” period on 30 August. At that time, the list of Mercenaries and their affiliated teams will be made public on the EVE Online Tournament Forums and in the AT section Discord so that teams can better analyze their prospective competition. Teams will not be required to register all their mercenaries or team at once; they can be registered piece-meal up until the aforementioned dates. 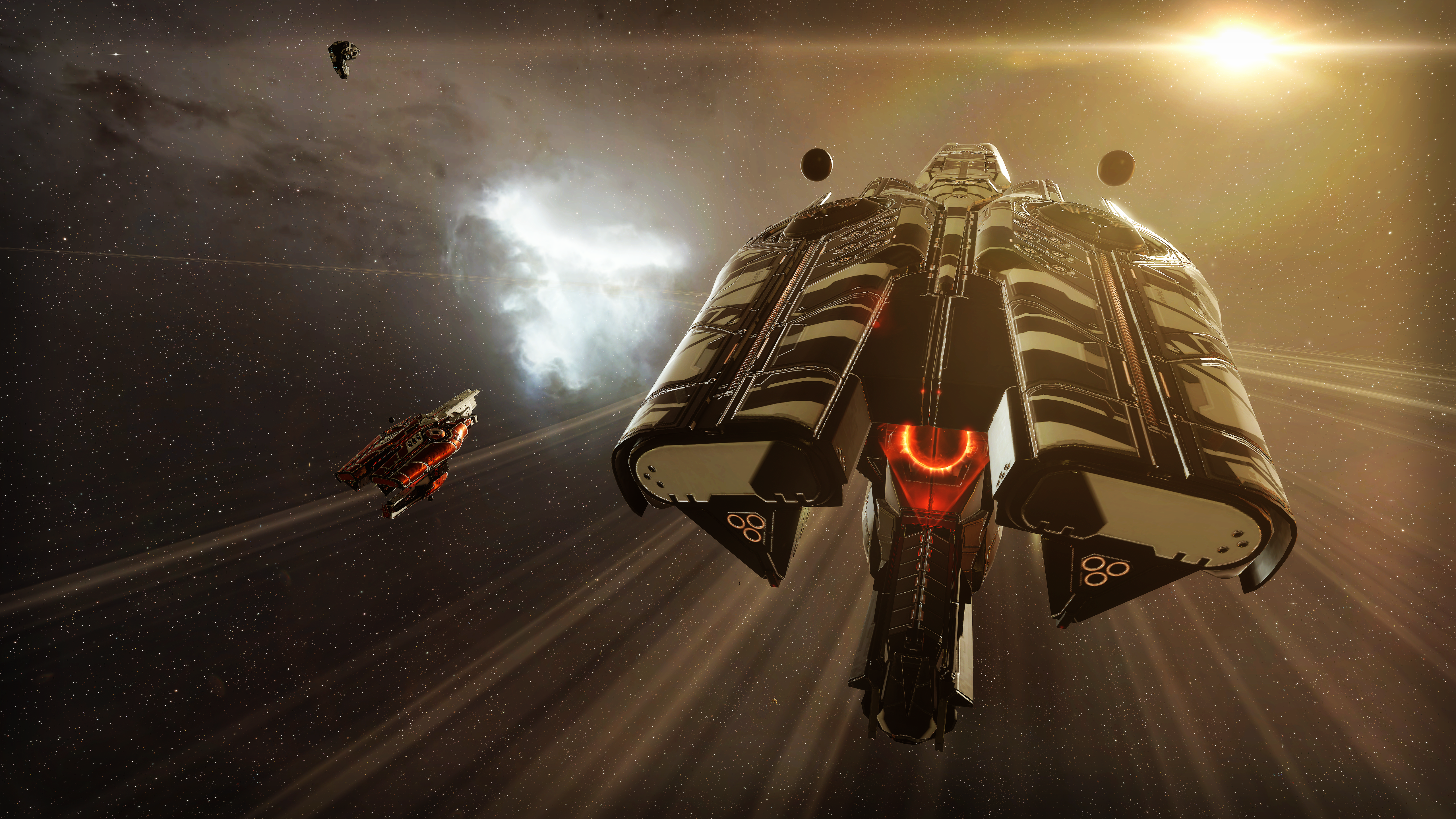 The cost of registration for Alliance Tournament XVIII is 2,500 PLEX, contracted to “C C P” corporation with the ticker -CCP-. Entries contracted to any other variations, Engineering Corp or otherwise, will NOT be accepted.

To register a team, the Alliance Executor must fill out the following form and nominate a Team Captain (and Co-Captain if they wish) for the team, and a passphrase.

The Team Captain may also be the Alliance Executor. The nominated passphrase will be required when a Captain/Co-Captain is submitting a roster to ensure they are a valid representative.

Given the recent policy update, Tournaments are now included under CCP-led initiatives that will review individuals' account histories for Terms of Service violations. The roster for each team is now going to have a limit on the number of pilots able to fly in the Tournament. Whilst all pilots within an Alliance will be eligible to enter the Alliance Tournament, up until the Roster lock date, when it comes to that cut-off date, each team will be required to submit the names of up to 30 pilots (plus up to an additional 10 Mercs, to make the maximum possible team size a total of 40). Those pilots will each be checked that they are not in violation of the revised policies. Any individuals or teams suspected of trying to circumvent this policy will be subject to removal from the tournament and potentially additional CCP-supported initiatives. Team Captains with the Passphrase established from their Alliance Executor must submit the Roster for their teams from filling out the following form.

Importantly, teams who have already been awarded an entry slot__ must still register__ for Alliance Tournament XVIII. Unused slots, or duplicate slots, will be ceded and distributed to the Silent Auction. In the absence of a team in one of the awarded positions, their slot will be added to the random draw.

Teams interested in getting a direct invitation to Alliance Tournament XVIII can opt to bid for a slot in a silent auction. The highest bidders in the silent auction will be awarded a slot in Alliance Tournament XVIII. The minimum bid for the auction is 2,500 PLEX, and bids are only accepted in increments of 250 PLEX. In the event of tied bids, the bid with the earliest submission time will be considered the tiebreaker. Auction results will be announced shortly after the signup close deadline.

Teams who enter the Silent Auction but do not win a slot will have their entry fees refunded and given a chance to earn their way in through combat in the Trials Tournament.

When setting up a bid for the Silent Auction, please include the entry fee so that a single contract is created.

The remaining rules for the Trials Tournament will mirror those of ATXVIII with the following exceptions:

SUMMARY OF KEY CHANGES AND UPDATES FROM PREVIOUS TOURNAMENTS 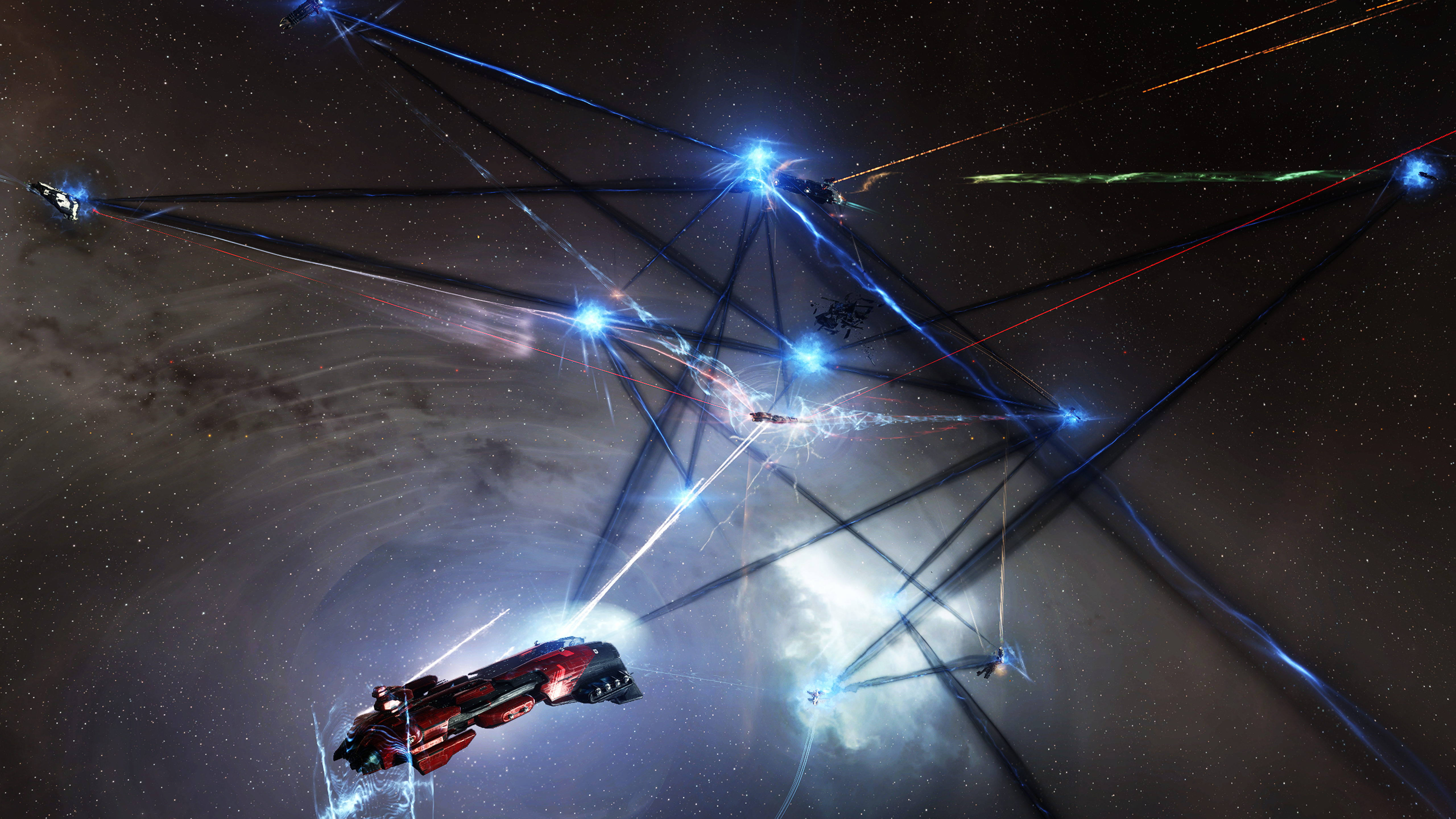 Any player found to be in violation of the Alliance Tournament rules may be penalized to various degrees, depending on the severity of the offense. All penalties are incurred at the Tournament referee’s discretion, and all decisions are final. Penalties may include, but are not limited to: 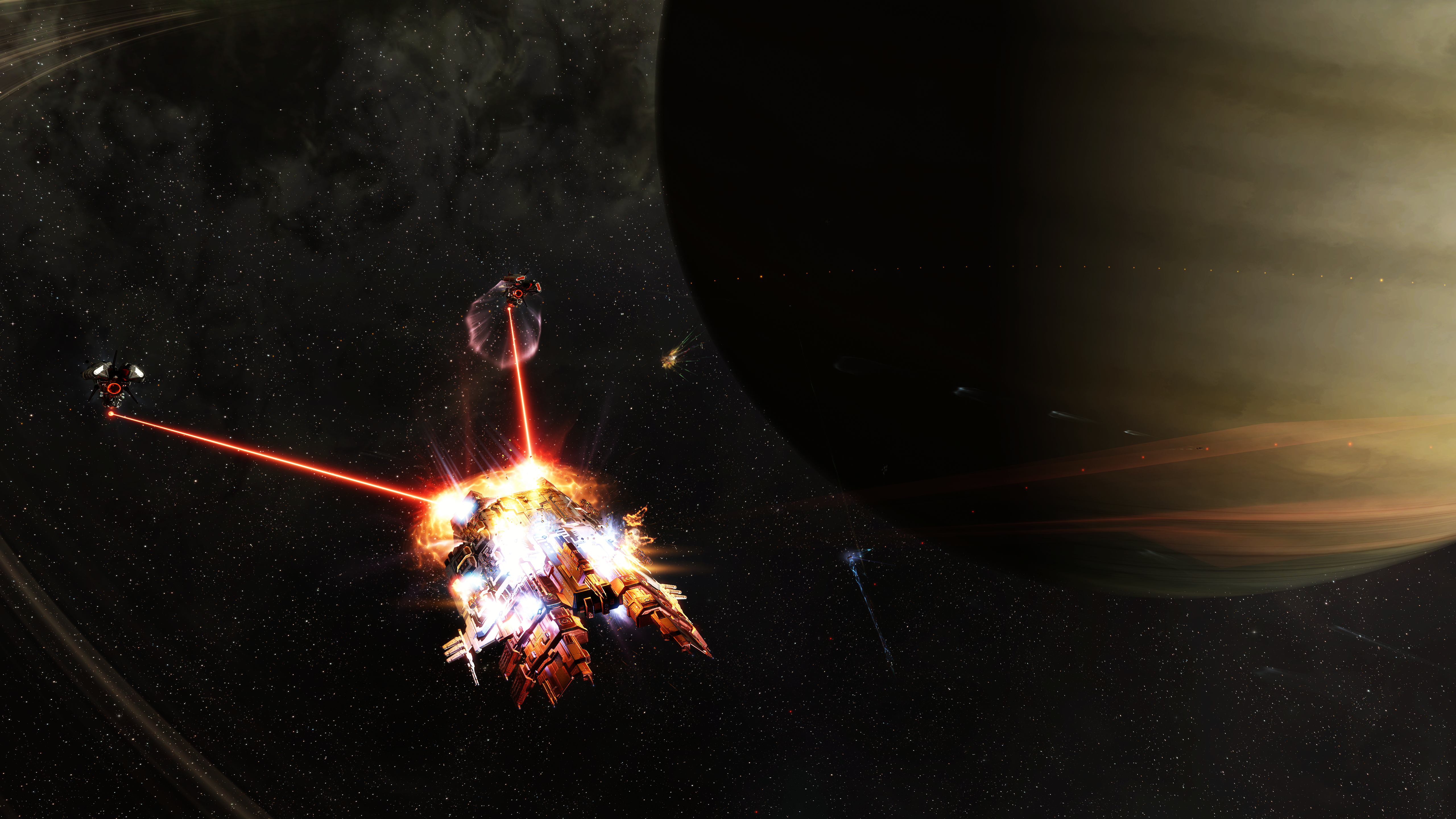 Each team may have up to 10 ships on the battlefield, up to a total of 100 points. The following calculator should come in handy when planning your team composition.

Teams may field no more than 4 of a given hull size, e.g., no more than 4 battlecruisers (2 Nighthawks and 2 Claymores would be legal, 2 Sleipnir and 3 Hurricanes would not). All logistics ships (T1 and T2 variants of both cruiser and frigate size) are exempt from this rule, so 4 Orthrus and 1 Scimitar would be legal, as would 4 Vengeance and 2 Inquisitors.

Teams may field no more than 1 Logistics Cruiser, or 1 Tech one Support Cruiser, or 2 T1/T2 Logistics/Support Frigates in each match.

The point value of ships is as given below. If a ship is given points from both a class and an individual point value, the more specific value is always true. If a ship does not have a point value, it is not a legal ship.

All T1 and T2 ammunition, missiles, and charges are allowed, with the following exceptions: 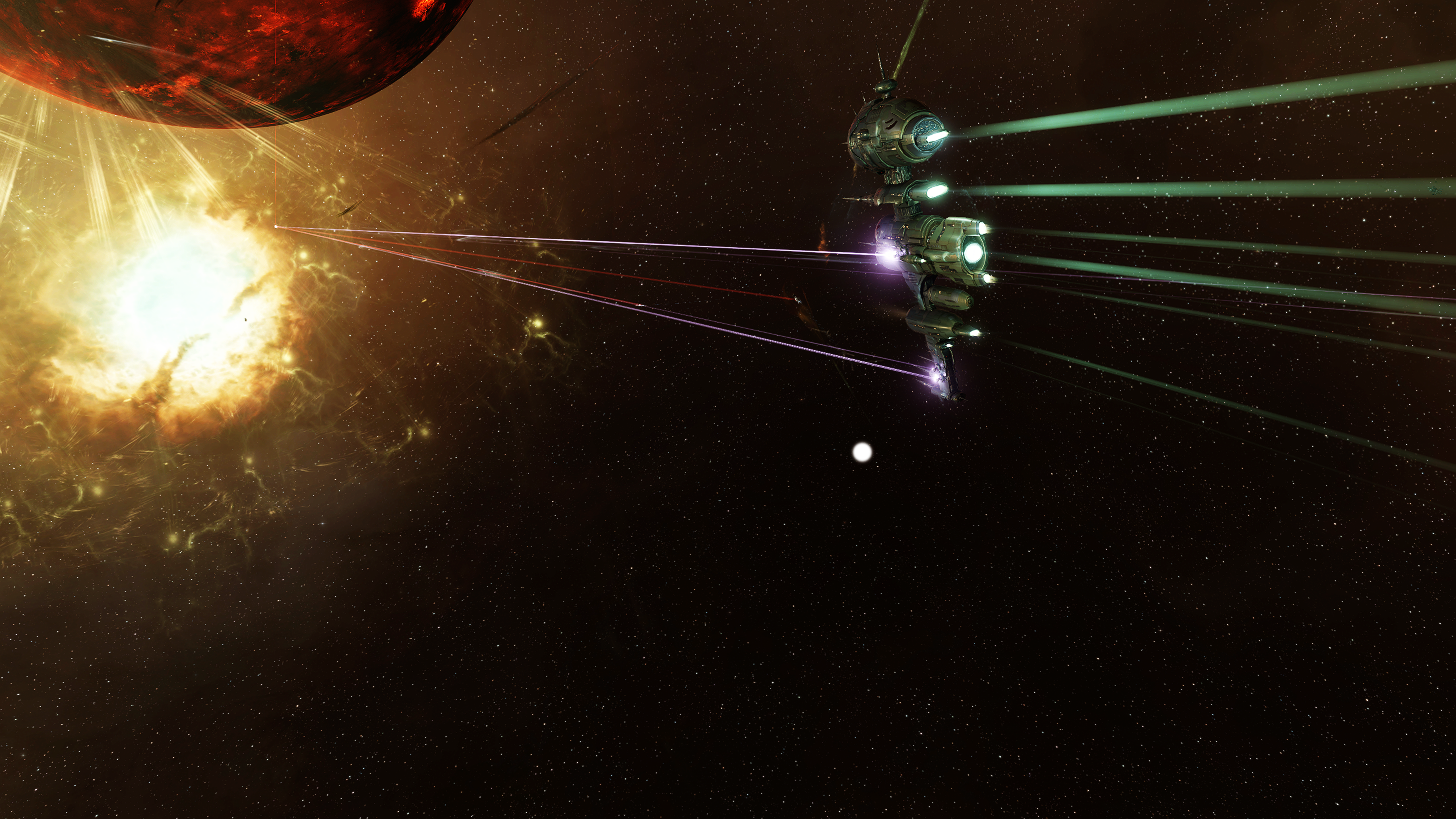 NOTE: The Flagship has remained this year, with a few tweaks. There is a clarification for the declaration of the Flagship at the end of this section

The following ships may not be designated as Flagships:

Any remaining T1 battleship, T2 battleship, or faction battleship may be designated as a flagship. Team captains must indicate to the host managing their match if they intend to use their flagship in any given match, and which pilot is flying the flagship.

As it was a topic last year it is included here for clarity in the procedure for a flagship declaration and use:

When the flagship is intended to be fielded, it is to be declared during the pre-match conversation with the Referee, along with linking the intended fit that the ship will be using, for final checks.

The Flagship check is part of the regular ship check cycle and the latest it can be declared to be fielded is 20 minutes (or as soon as possible in the 15-minute later games). If your team is ready prior to the 20-minute cut-off and you intend to field a flagship, please ensure it is ready to be checked.

The flagship status (ship type and pilot ONLY) will only be shared with the players on the field (In local and with the commentary/analyst team) once warping has been locked, prior to the final 30-second match countdown.

To submit your video, please use the ATXVIII Video Ad Submission form!