That's why EVE Bet exists. No longer do you need to worry about that shady bookie suddenly deciding that those 2:1 odds he gave you were actually supposed to be 1:2. If you want to bet ISK on virtually anything, EVE Bet has you covered.

EVE Bet began in late 2012. While watching the UFC with a bunch of alliance mates, Kryptyk began to wonder... Is there any way I can spice this up by putting some ISK on the line? Of course, betting amongst friends was possible, but he wanted something more formal, with odds and moving lines and a way to ensure everyone got paid out and no one could run off with the purse.

After looking around, he realized nothing of the sort existed. Seeing a chance to rectify this issue, Kryptyk began talking to his corp CEO, who was a software engineer, and they set to creating a site. In Novermber 2012, eve-bet.com was launched to their alliance using the betting system commonly known as “tote” or “pool” betting. Using their alliance as beta testers allowed the newly-formed EVE Bet team to work out all the issues with the site before launching it to the wider EVE player base several weeks later.

From there, the site steadily progressed. They fixed bugs, added new features, and – most importantly – developed a positive reputation among the community.

EVE Bet's big moment came during Super Bowl XLVII. The championship game for American football, it is watched by hundreds of millions of people around the world. And EVE players are no different. Over 61 billion ISK was wagered on the game through EVE Bet, with over 500 new accounts signing up to participate.

However, the game also showed the operators that the tote betting system wasn't the best. They decided, in order to provide the best experience they could, that they needed to move to a fixed odd betting system.

They developed and launched the fixed odd system for real world sports soon after. They have been using it for several months as of this publication and are even offering a modified version of it for Alliance Tournament XI matches.

EVE Bet is supported by an easy-to-use website and interface that players can access through the EVE in-game browser. Bets can be placed on both real-world sporting events such as mixed martial arts, international football, baseball, and more. Additionally, EVE Bet carries odds on a variety of in-game events, such as the currently on-going Alliance Tournament XI, where matches such as Pandemic Legion vs. HYDRA RELOADED can reach tens of billions of ISK in wagers.

Registration is easy. Players simply go to the eve-bet.com website through the in-game browser and set the site to trusted to begin registration. Once registered, players send ISK from the registered character to “eve-bet”, the corporation dedicated to handling all their finances. Players can even simply do this through the eve-bet website in game. Within 30 minutes, the API will pull the information and the deposit will be in the account, ready to be wagered!

All bets are made under fixed odds. When a bet is made, the odds for your bet are locked in. The line will continue to move as additional bets are made, but you always get the odds as they were when you placed the bet

Of course, EVE Online is well-known for its scams and con men. How does EVE Bet avoid being lumped in with them? Well, they know nothing they can say will ever convince everyone that they're trustworthy. However, they can point to their actions and show they have never once cheated anyone.

Every single withdrawal has been honored, some 2.5 trillion ISK worth since the site was launched. Withdrawal requests are manually processed, but are handled within 24 hours of being made. 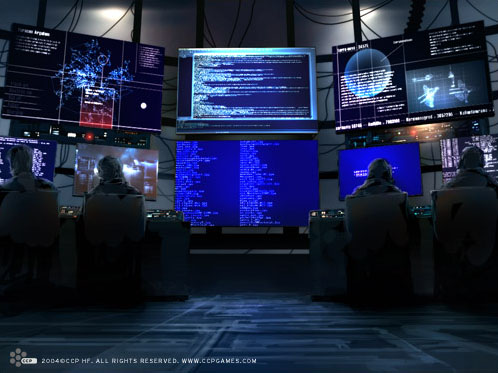 EVE Bet has been growing in popularity ever since it launched and only looks to be going even higher as more and more players learn about it. It currently has over 3000 active users who have placed 59,235 total bets (as of July 24). There were 1086 active bets on that day as well.

Since the start of Alliance Tournament XI, the numbers have exploded as well. The first weekend of the Alliance Tournament saw 1.5 trillion ISK wagered on matches, while the largest single bet was roughly 20 billion ISK. The largest pool (total amount wagered on one match) for the first weekend was on the HYDRA RELOADED vs SOLAR FLEET match, which had 67 billion ISK placed on it. Then in the second weekend, multiple matches cracked 100 billion ISK wagered. Of course, those amounts may soon be eclipsed by the HYDRA RELOADED vs Pandemic Legion match scheduled for 18:15 UTC this Saturday, which currently sits at a 63 billion ISK pool!

EVE Bet is run by four Australians and one crazy European. They are all close friends both in-game and out. The main man in charge, Kryptyk, is a regular guest on the eve downunder show, which can be listened to on //www.netgameradio.com/ Fridays at 10:30 UTC.

With Alliance Tournament XI in full swing, now is a better time than ever to get on board and throw your ISK into the ring. Take a safe pick and make a few extra ISK to squirrel away in your wallet. Or take a risk, bet big on the underdog, and potentially hit it rich.

Current players and those who are interested or just have questions can join their in-game channel “eve-bet” and encourage anyone with feedback, especially on their Alliance Tournament coverage, to post it to their official thread.