There are a number of people who create entertaining and informative videos about EVE Online. Few people have been as focused or prolific as JonnyPew, however. The host of the popular “Explorer's Log” video blog, among several other smaller video series, JonnyPew has been bringing guides and explanations of EVE's exploration mechanics to the masses for over a year and a half. With 135 episodes under his belt, and many more to come, Jonny has put out an amazing amount of useful content to his viewers and anyone interested in getting into the exploration side of EVE Online.

Jonny started EVE Online in February 2010. After he finished college, he started a new job where one of his friends would daily recount his stories of EVE Online. Feeling he was missing out on something great, Jonny signed up for a trial account. After undocking and seeing the scale of the EVE universe, he knew the game was special. He converted his trial account into a paying one 3 days in and hasn't stopped playing since.

After several months spent bouncing around, first as a miner, then a high-sec mission runner, Jonny moved to 0.0. Here he learned how to survive in nullsec and first discovered his love of exploration. Eventually, he moved back to high sec and engaged in high sec wars and ran more missions and exploration. It was in this period he decided to turn his exploration into his main profession in EVE.

Unfortunately, Jonny noticed a serious lack of video content on the subject. As is often the case, Jonny decided to fix that gap. He began producing Explorer's Log, uploading the first episode on December 5, 2011. The video, rough around the edges but chocked full of information, followed Jonny as he ran a 3/10 Guristas Guerrilla Grounds Complex.

From there, he recorded more videos, showing the tricks to running and surviving various complexes, making the most profit, the best ways to probe down signatures quickly, along helpful and fun exploration-related guides. Videos were released at a stunning rate, sometimes as many as one a day.

But Explorer's Log was not the only project on Jonny's mind.

In June of 2012, Jonny branched out to create the Our EVE video series. These videos would not focus on Jonny's adventures through New Eden, but rather take a look at all of the wonderful content created by the player community. In the series, he looks at blogs, other videos, and the like and highlights them on his own. Hmm, isn't that the job of the Community Spotlights? Well, the more the merrier we say!

Next, in July of 2012, Jonny began producing the EVE Guide series. This series take a broader look at EVE Online and gives information to new and inexperienced pilots to help them survive in the harsh world of New Eden.

Jonny also decided to produce a series called Combat Files. Started in January of 2013, each File shows a single PvP battle Jonny had. It breaks down a single engagement, first showing it in real time and then at half-time to examine the nuances that led to success or failure.

Finally, Jonny joined the ranks of the cloned soldier with his relatively new DUST 514 series. His first video was put out a little over 2 months ago, in May 2013! This series follows Jonny as he puts his... what's the expression... footwear on the surface? Something like that.

When making a video, Jonny mainly focuses on whatever he is most interested in at the time. He does not have a set schedule, he instead lets inspiration guide him. However, when expansions come out he puts extra time into covering the new features for the sake of people who rely on him for updates on the development of EVE Online.

Since EVE is such a great sandbox game, Jonny has found it difficult in deciding how to produce particular videos. Everyone has their own preference, so Jonny often must present information as it is “from my experience” or “in my opinion” to avoid people telling him how wrong he is on a particular subject because they experienced it differently. It can be a bittersweet experience. Additionally, due to EVE's ever-evolving nature, the information he provides on a subject might – and probably will – become outdated and rather useless in time.

However, the job is not without its perks! Jonny has unexpectedly received donations of both ISK and real life currency to help him continue his production. With fame also comes recognition and he has been recognized in local chat many times before!

When Jonny gets an idea for a video, either from just playing or thinking on EVE, he mulls over the details for how he would produce the entirety of the video, from gameplay capture to the words he'd want to say. If the topic is complex or he intends to provide specific information, he'll create speaking notes for when he does the voice recording. He then sits down and captures the gameplay footage with Fraps and does the voice recording (live as a voice over or as a post-commentary depending on the nature of the video) in Adobe Audition using a Blue Snowball microphone. He then creates necessary graphics for the video in Adobe Photoshop and finally edits it all together in Adobe Photoshop. 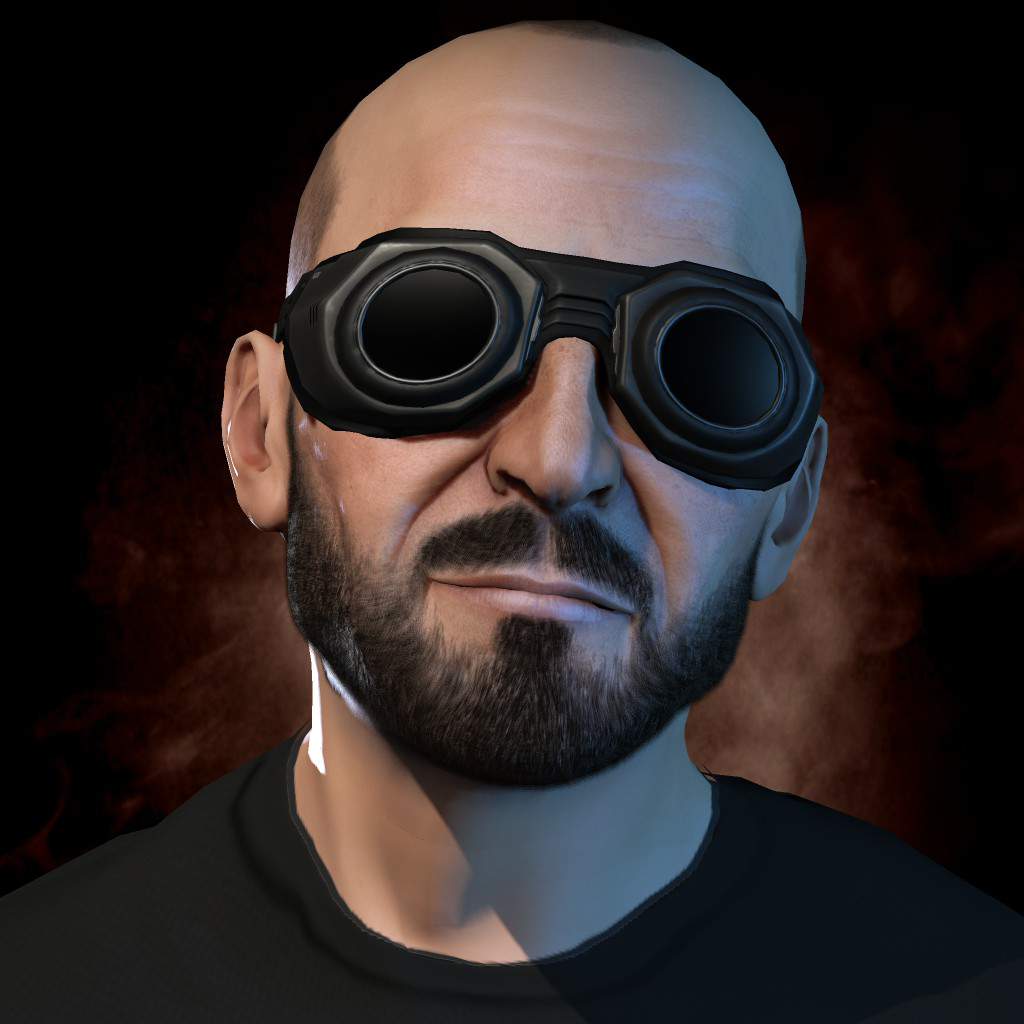 Jonny's first month in EVE was spent living as a miner-in-training with a high sec corporation. After realizing industry wasn't the path for him, he left and spent the next 5 months running missions and training for the Drake. Eventually, high sec PvE no longer held his interest, so he looked toward null sec. He found a home in an alliance and moved out to Pure Blind, where he ran countless anomalies, ratted in belts, participated in small-to-large fleet operations, and learned what it took to survive.

During this time, he first discovered the profession of exploration. He eventually returned to high sec for a few months, joined a high sec war dec alliance, ran some missions, did some more exploration, and never stopped looking toward the future of his EVE experience. It was in these few months he began working on the Explorer's Log series. He ran all over high sec regions learning all there was to know about exploration and shared his experiences along the way.

He eventually grew tired of high sec again and decided to live in low sec as an explorer, which he did for about 6 months. His current resting place is with a faction warfare corporation in Black Rise. He's been with them the past 4 months, enjoying the life of a low sec criminal.

His more recent day-to-day activities consist of some casual low sec exploration, hunting competing explorers, PvPing, and ship spinning whilst replying to mails from viewers. He also runs the Club Deadspace chat channel, where he interacts with other pilots.

Jonny's main goals for the future at to get heavily into PvP content. He plans for the videos to be educational and teach players how to get into PvP. He feels one of his biggest strengths is his ability to teach others.

Additionally, he plans to do many more interview-type videos as part of the Our EVE series. He has done several 1-on-1 interviews in the past. It is mainly a matter of finding those in the EVE community who are willing and able to speak with him!

And he hopes, one day, to attend EVE Fanfest and do extensive video coverage of the event and attendees. He thinks it would be an incredible experience and we would agree! We hope to see him there next year.

Jonny says EVE Online is the most worthwhile gaming experience he's ever known and he cannot think of a greater game to create videos about. He's grateful to have the means to share his passion for the game with other people. He wants to thank all the people who have given him support; they are the reason Jonny will continue his efforts for as long as he is able!

And we would like to thank Jonny as well for his wonderful videos! If you haven't already, check them out at his YouTube page!