Drifting In And Out Of Destruction

This is CCP Affinity on behalf of Team Space Glitter and we would like to show you some week one stats on The Drifters that we released with Tiamat. 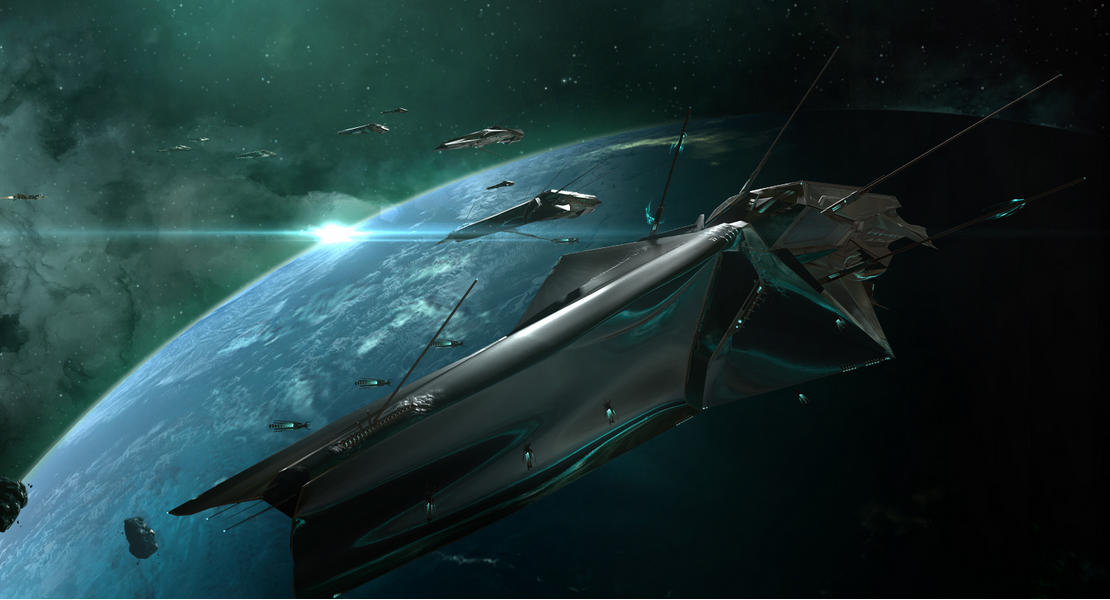 One of our goals with The Drifters was to further iterate on the new NPC AI we released with the Circadian Seekers.  It has been awesome to see how you all adapt to new challenges and we hope to continue reprogramming the NPCs of New Eden.

Since the release of Tiamat, 247 Drifters have died at the hands of capsuleers.  It was very impressive to see how quickly you all adapted and on day one you managed to take down 43 drifters.  Huge congratulations to Vo3blka who was the first capsuleer to defeat a Drifter with his Chimera!

This is quite the difference when compared to the Circadian Seekers deaths.

Of course, The Drifters do not react well to player interference and they have killed 1,093 capsuleers in total.  The first capsuleer to hunt down a Drifter and face the mighty superweapon was Dontshoot Him, who lost a Stiletto in their efforts closely followed by uhnboy ghost in a Cerberus and PschoStarSkanner in a Buzzard.  So far a rather impressive 129,593,602,454 ISK has been lost to The Drifters!

If we compare the ISK destroyed by all NPCs in EVE, Capsuleers and Drifters, it looks a bit like this: 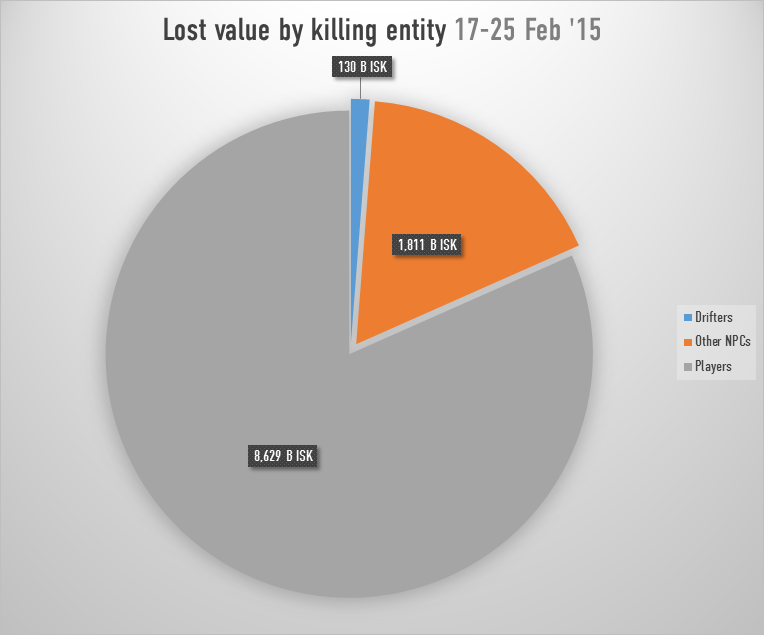 Here is a breakdown of Drifter kills by Ship Class: 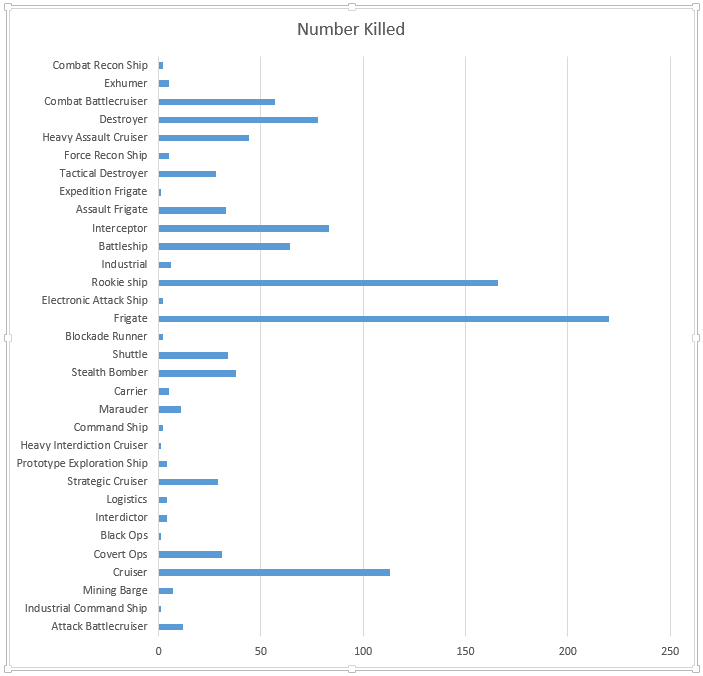 It also appears The Drifters are not a jubilant bunch!  My favorite kill mail to date is one from capsuleer, Jelly Fat, who tried to welcome the new residents of New Eden with a firework celebration.

It seems The Drifters don’t care much for fireworks…. 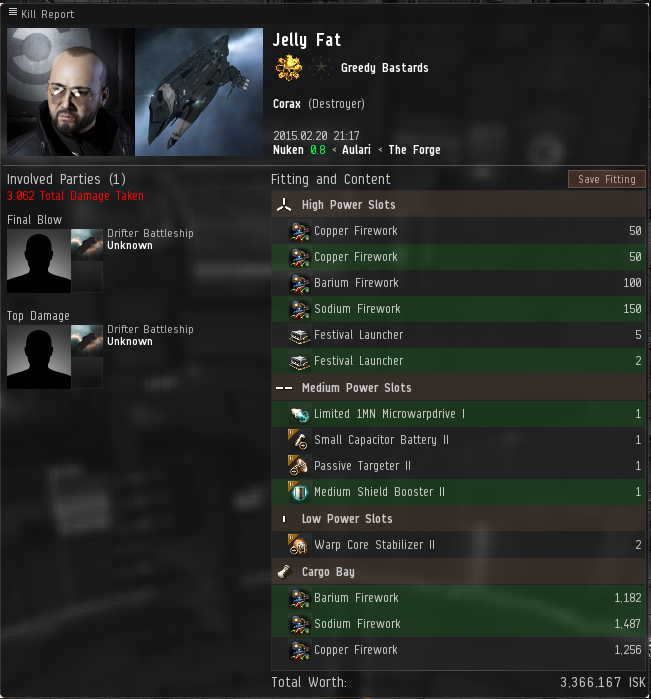 We are really enjoying watching all the creative ways you have come up with to interact with the new NPC AI and we look forward to seeing how you tackle the next phase!