This is CCP Fozzie bringing you another dev blog covering our Nullsec and Sovereignty changes coming on July 14th. Today’s dev blog covers the July round of our planned changes to Nullsec PVE and system infrastructure upgrades. This is the fifth major dev blog for the Summer of Sov. We’ll have one more blog summarizing the new system so that people don’t need to dig through five other blogs to get all the information, but this is the last blog that is expected to contain a lot of newly revealed information before our July 14th release date.

Unlike yesterday’s blog which covered quite a few disparate topics, today’s blog will be focused on changes to PVE and system upgrades. We’ll discuss the changes made earlier this year, the changes planned for the big deployment on July 14th, and begin some discussions on changes we’re working on for later this year.

Looking back at Mosaic 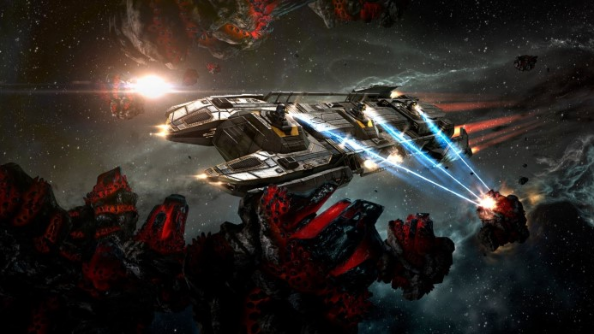 At Fanfest this year we announced the last round of Nullsec PVE and infrastructure updates, which were then deployed in our Mosaic release on April 28th.

These changes focused on the construction and deployment of infrastructure upgrades, as well as mining yields and values in Nullsec space.

We reduced the volumes of Infrastructure Hubs and their upgrades significantly to allow them to be deployed more easily, as well as enabling deployment of structures from fleet hangars. We also replaced NPC sell orders for Infrastructure Upgrades with blueprints that allowed capsuleer industrialists to produce the upgrades themselves, including producing them in their own Nullsec space for easier logistics.

We made three connected changes for Nullsec, Wormhole and Lowsec mining, doubling consumption of Zydrine and Megacyte, rebalancing the mineral content of the Nullsec and Lowsec ores, and completely revamping the content of the mining anomalies generated by the Ore Prospecting Array system upgrade.

We also made some tweaks to the rate of index accumulation for the Military and Industrial Sovereignty Indexes, in preparation for the Activity Defense Multipliers kicking in this July.

All the details of these Mosaic changes can be found in this previous dev blog.

We’re still keeping a close eye on mining rates and ore values in Nullsec, and the results so far are very promising. In the 10 weeks since Mosaic, approximately 20% more ore by volume has been mined in Nullsec than in the 10 weeks before Mosaic. In the same timeframe Lowsec mining has also risen by approximately 11%. So far prices for Nullsec ores are remaining robust and the Nullsec share of all mining done in EVE is approaching record levels.

At this stage it appears that these Mosaic updates have done a good job of improving the value of Nullsec mining gameplay and easing infrastructure logistics bottlenecks without causing serious problems in other areas of space. This is a balance that we are hoping to hit with our July changes as well. 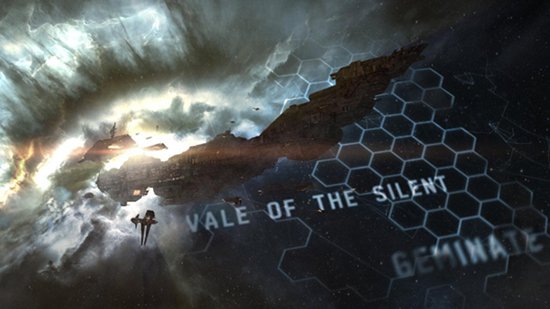 On July 14th we will be deploying the next big set of Nullsec and Sovereignty changes as the second part of the Aegis release. By now most of you will be familiar with the changes to the Sovereignty capture system that are coming on the 14th (if not, check out some of the handy dev blog links at the top of this blog). We’re now unveiling another set of changes to Nullsec PVE and infrastructure upgrades coming with this July 14th release.

By far the most important of the Sovereignty Infrastructure Upgrades is the Pirate Detection Array. This upgrade provides a constantly respawning supply of combat anomalies full of pirate NPCs to fight. These sites are a key part of the Nullsec economy, and form a huge part of the greater EVE economy. A very large proportion of the ISK that enters the EVE economy every day consists of the bounties obtained from these anomalies.

This makes the Pirate Detection Array one of the most powerful tools for adjusting Nullsec PVE opportunities, and also means that we must act with utmost caution when changing these upgrades.

For our July 14th release we are making a series of significant changes to the effects of the Pirate Detection Array upgrades, in the form of added anomaly spawns.

The goals of these changes are to:

This is a tricky balance, and we will need to watch the results of our changes very carefully and be ready to make adjustments as needed. We’ve also been consulting with CCP’s research and economics experts to make use of their expertise and give us the best chance of getting this right.

In this release, we are increasing the number of guaranteed anom spawns provided by each Pirate Detection Array level from 4 to 7. This means that a fully upgraded system will have 35 anomalies instead of the current 20 (a 75% increase). This allows more pilots to operate at their current levels within the same solar system, increasing potential population density.

As an example, a fully upgraded -1.0 system will gain the following 15 anomalies in addition to those that spawn there now:

These additions allow for more players to engage in their PVE activity in the same system, but doesn’t significantly skew the average anom value.

In contrast, a fully upgraded -0.1 system would gain the following 15 anomalies in addition to those that already spawn there now:

We believe that these changes have a good chance of hitting the correct balance for Nullsec without causing undue disruption to the economies in other areas of space.

Survey Networks and Entrapment Arrays are system upgrades of mid-low popularity under the current system, as their somewhat random nature makes them difficult to evaluate. Survey Networks increase the chance of Data and Relic sites spawning within their systems. Entrapment Arrays increase the chance of combat signatures (complexes) spawning within their systems.

Both of these upgrades are a bit below the curve nowadays, and so we’re making some fairly large changes to both. The spawn rates generated by all levels of Survey Networks and Entrapment Arrays will be doubled in the July 14th Sov update. We will be keeping a close eye on the results of these changes to ensure that we don’t flood the market with the drops from these sites, and we’ll step in and make more changes if needed. However we currently believe that these new spawn rates will be much closer to the ideal balance for these two system upgrades. 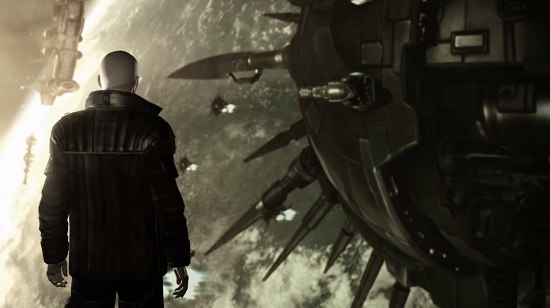 Back in the Hyperion release last year, we made some changes to Vanguard Incursion sites in Nullsec and Lowsec. We increased the maximum number of pilots allowed in the fleet before hitting diminishing returns by 50%. These changes were intended to help stimulate activity in Nullsec (and by association lowsec) incursions by allowing pilots in the more dangerous space to bring more DPS ships to compensate for their less blingy hardware. At the time we said that we’d be watching how those changes were received and re-evaluating down the road.

One final set of changes that we are implementing in Aegis is a set of tweaks to Nullsec wormhole spawning and Quantum Flux Generator upgrades. Some members of the CSM (I’ll let them identify themselves if they wish) approached us in recent weeks with balance concerns about wormhole travel for Nullsec entities. We took a look at their concerns and decided to make some tweaks to help ease them.

The changes we are making are not intended to kill strategic wormhole travel. We believe that wormhole travel provides an exciting and somewhat unpredictable way to roam across long distances. We are beginning with a set of tweaks to Nullsec wormhole connections in Aegis, intended to ease some of the concerns around WH power projection without negatively impacting wormhole residents or eliminating the ability of Nullsec entities to roam through wormholes.

These changes consist of:

All of the July 14th PVE changes are available for testing on our Duality test server right now! They’ve actually been there for a while but we felt it was a pretty safe assumption that nobody was going to spend their time ratting on the test server without being informed about the changes first.

As we have mentioned in the past, one of the highest priority areas for continued improvement beyond our main summer sov release is improvements to the Activity Defense Multiplier. The first iteration of the Defense Multiplier is completely tied to the old sov index values. These make a decent measure of the most common types of Nullsec PVE and greatly simplify the transition from the old system to the new. However there are a great many forms of local Nullsec activity that are not counted by these indexes and there is a great deal of room for improvement.

In upcoming releases we are planning to make significant updates to the Activity Defense Multipliers to make them more accurately reflect real system occupancy.

The biggest area of improvement would likely be in expanding what activities feed into the Defense Multiplier. Unfortunately there are some activities that cannot be made to powerfully influence the Multiplier without becoming exploitable (PVP kills and Manufacturing jobs are the classic examples). However we are investigating ways that some expanded activities such as Planetary Interaction and Data/Relic sites can contribute to the index, as well as keeping the option open of including manufacturing, trade and research in some limited capacity if they can be made to work.

We are also investigating options around allowing activity by members of the Sov owning Alliance to count more heavily than activity by others.

Another area where we see great potential for improvement is with the Encounter Surveillance System. This mobile deployable structure was introduced in Rubicon 1.1 as a way for Sov owners to increase their profits if they are willing to add risk of theft. They are still seeing some use, however we believe they can do much better. The basic concept is strong, but they are in need of iteration.

We are investigating an update pass on the ESS in which we would simplify its operation by converting it to use the Entosis Link for sharing and stealing, restrict its deployment locations somewhat, and increase the potential value to match the higher risk. The ESS has great potential for allowing Sov holders to choose the level of risk they are comfortable with and receive rewards that match. A revamped ESS also has potential to provide excellent content for roaming PVP forces as well.

Expect to hear more about potential ESS changes in the coming months, as we continue our investigations and solicit your feedback.

Looking to the future: dedicated group PVE from Infrastructure Upgrades

One other concept under investigation at the moment is a new Infrastructure Upgrade that would generate dedicated group content for Sovholders. We have never been particularly satisfied with how the majority of Sov upgrade PVE content tends to lean towards solo or multibox play. There is huge potential for reliable and interesting group PVE content in Nullsec. Team Five 0 is hoping to be able to take what we have learned from developing Burner Missions and combine it with the new NPCs and AI under development by Team Space Glitter to create some compelling new content that would only be available to groups of pilots working together within Sov Null. Our leading concepts at this point make use of an Incursion-like scaling payout based on character numbers. These designs are still at an early stage, but we expect to spend the next few months discussing these goals with you and working towards some exciting new content.

Thank you for joining us today for this dev blog. We are very excited to be releasing the new Sov system for all of you this week, alongside these PVE and Infrastructure updates. Huge thanks to everyone who has provided us feedback all throughout this process, and to everyone who has joined the community discussions that provide us with such a great source of inspiration.

From all of us here at Team Five 0 and the whole of EVE Development, good hunting!