Hello capsuleers! As some of you may have heard already from CCP FoxFour's presentation at EVE Vegas, Team Size Matters will be releasing a number of improvements for trial accounts in the Phoebe release on November 4th. This blog will go into detail regarding what we're actually changing and how we hope to improve the trial experience for new players.

Why We Are Changing Trials

The goal of these changes is to open up the game to new players so they can explore a greater variety of the content available in EVE. We believe getting new players invested in the game early on will keep them playing longer than if we throw all the good stuff behind a subscriber wall. In addition to opening up the game for trial users, we will be adding extensive logging in every area that we are removing restrictions. This way we can closely follow changes to ensure they are not enabling negative behavior such as botting or trial cycling exploits.

What We Are Changing

We want players on trial accounts to have a chance to experience a large variety of activities in EVE without being overly burdened by existing restrictions. This will help to make it easier to find something they enjoy doing and thus decide to stick around. In that vein we are lifting the following restrictions in Phoebe:

We will be removing the trial restrictions from a lot of currently restricted skills. Some new restrictions will be put in place, but most of these are to inform trial players about what is achievable within the trial period, or are directly associated with already trial restricted ships. As mentioned earlier we will be keeping a close eye on how trial accounts use these skills and we will not hesitate to restrict some of them again if they are leading to misuse or exploits.

Skills which are currently restricted that we will be allowing trial accounts to train are:

Skills which are currently not restricted which we will be restricting:

Skills that are currently restricted which will remain restricted:

Trial accounts will now see more information relating to their trial status in a number of places in the UI. This includes clearly indicating trial restrictions in the UI and giving players a more direct way to get to Account Management (actually a streamlined subscription page) from the client.

The ISIS will show players a visual representation of the ships they can and cannot fly on a trial account. Players seeking further info on the specific restricted skills can hover over a ship to see more details. 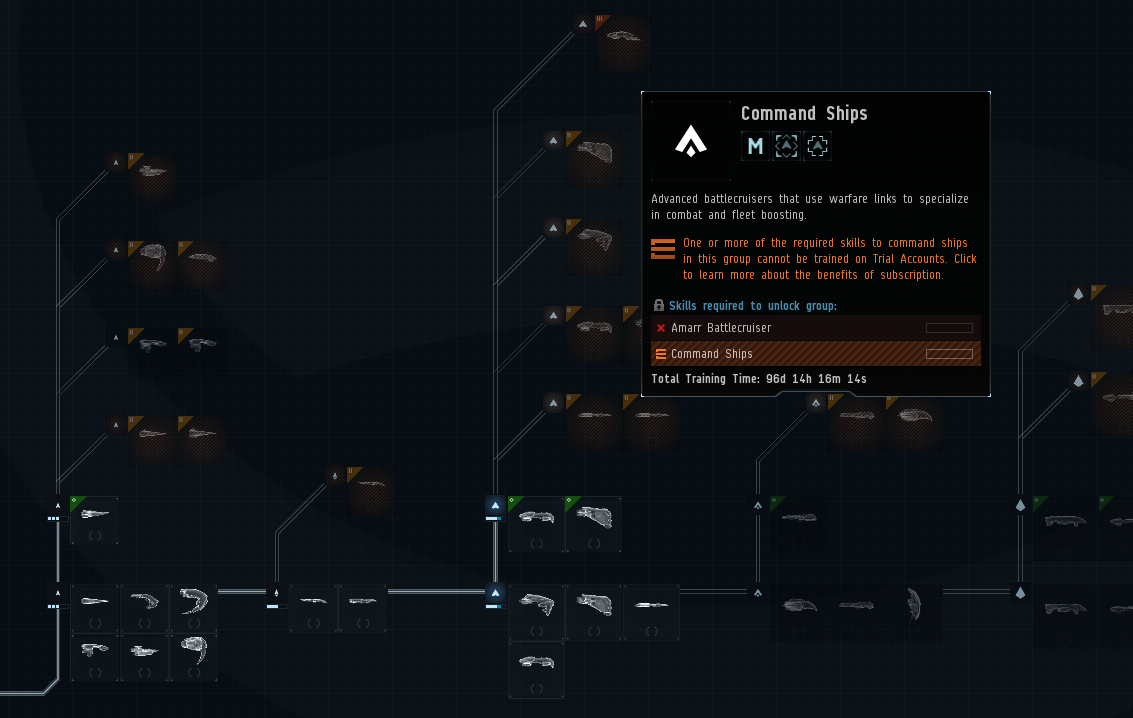 The skill list in the character sheet will now indicate whether skills are trial restricted or not. Note that as mentioned in CCP Seagull's Phoebe dev blog, trial accounts will still have a 24 hour limit on their skill queue instead of the upcoming unlimited skill queue. 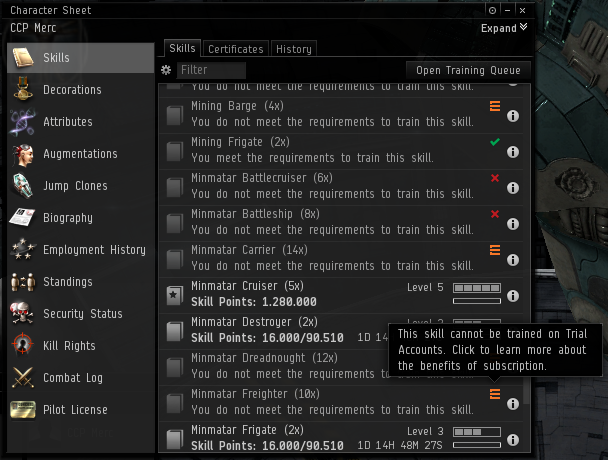 In the information window, players will be able to see whether any of the required skills to use the relevant item are trial restricted. 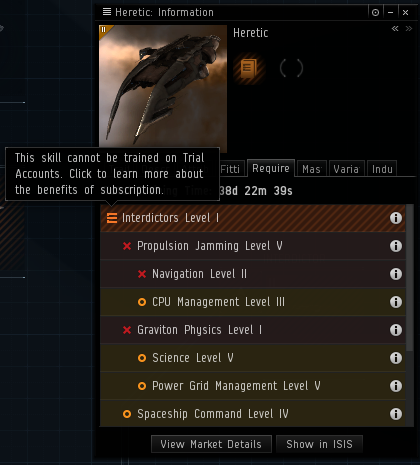 The Market will display restrictions on ships and items which cannot be used during the trial. Players will still be able to purchase and move these items as normal. 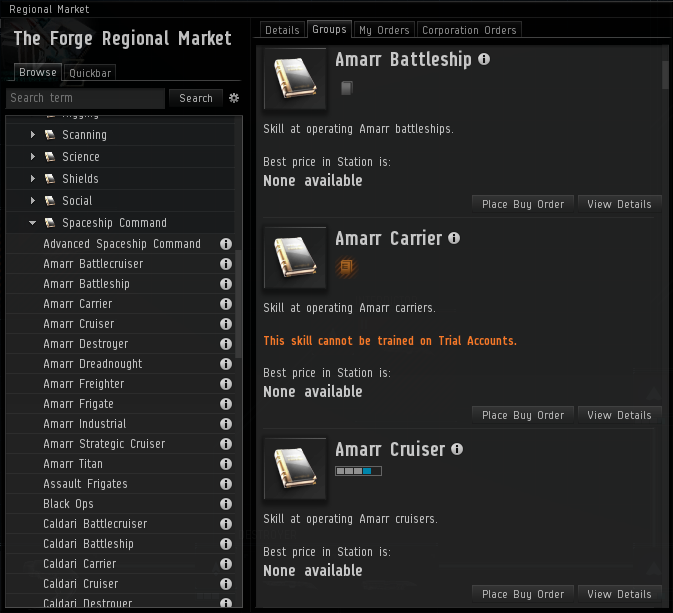 Industry panels will display any trial locked skills required in manufacturing and research. 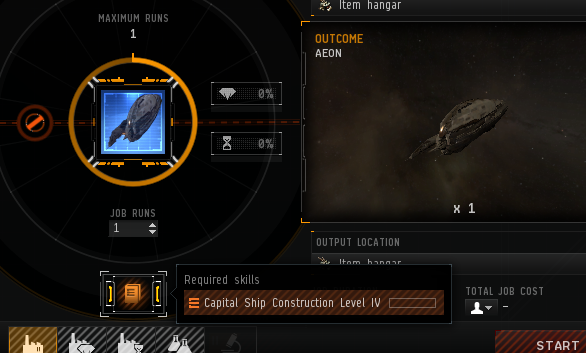 We're very excited to be bringing these changes out in Phoebe and hope they allow new players to really get a feel for EVE while they're in their trial period.