Updates to The Agency, Journal, and Agent Finder | EVE Online

Updates to The Agency, Journal, and Agent Finder 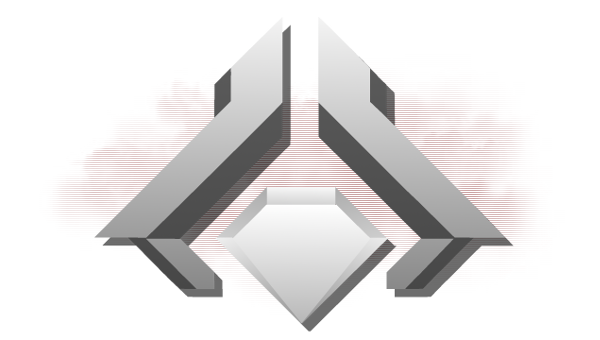 With the January release you will notice we have made some significant changes to the following windows in EVE:

Updates to The Agency

With the January release we are going to be introducing the following features to The Agency:

To be able to include these systems we have had to make some changes to how dungeon archetypes in EVE are handled.

The mission objective of The Agency is to bring content to you, the Capsuleer. To do that, we need to know what types of content there are, and one system was holding us back, the sites. As you know, there are many types of sites (Relic, Data, Combat, Ghost, FW, Incursion, etc....), and the old way of distinguishing these sites from each other was to look at their scan attribute, which, when more types of sites are introduced, becomes very limited.

For The Agency to be able to distinguish between the many different types of sites in New Eden, we have revamped and surfaced an old back end system that organizes them, but had fallen into disarray and neglect. Instead of most sites having the same archetype, each site now has an archetype that distinguishes its content type, Incursion sites in the Incursion archetype, Relic sites in the Relic Site archetype, and so on.

Surfacing this system allows the EVE client to distinguish these sites from each other. For example, this means that Factional Warfare sites and Incursion Sites will no longer just be listed under "Combat Sites", but their own category. For now, this functionality will only be available in The Agency, but the possibilities for this separation to expand over to all systems in EVE are there.

With access to the new archetype information it means we can display the Factional Warfare and Incursion content in The Agency.

The pictures below will show some examples of what the Factional Warfare cards will look like, including a new card to host the factional warfare system and display the current owner of the system and what state it is in (Stable, Vulnerable etc)

The updated basic card to differentiate from other combat sites.

The pictures below will show some examples of what the Incursion cards will look like, including a new card to host the Incursion and display the Constellation, Staging System, the Stage of the Incursion (Established, Mobilized, Withdrawing), the current level of Incursion penalties and if the Mothership is active.

As with Factional Warfare, with the archetype system we can now display Incursion site cards as their own content. We have also moved all the relevant information into the expanded card. 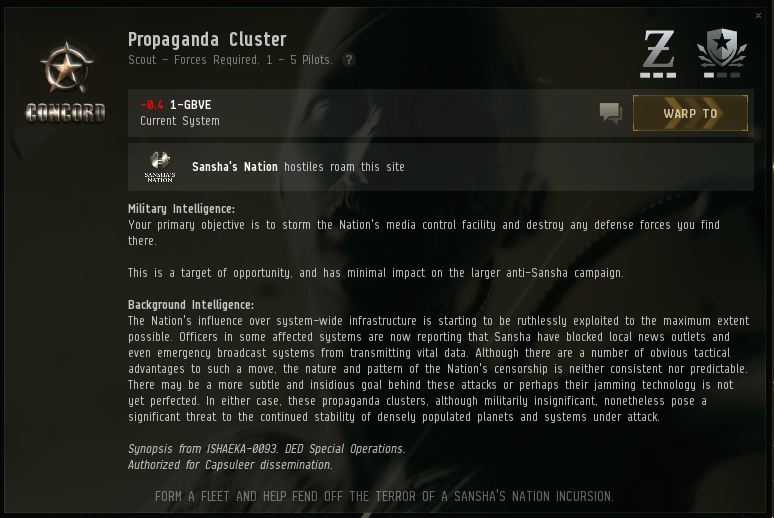 Epic Arcs were included with the initial release of The Agency but with the disjointed nature of the Agent being in the Agency and the lore text being in the Journal we thought it was worth looking at if we could make a more immersive experience for players on the Epic Arcs.

Let us introduce the new and improved Epic Arc cards for The Agency.

You will now be able to track the story through the Expanded cards and see how far into Epic Arc you are and when you will unlock the next chapter.

The Journal is a bit of a different beast, and has served as an outlet for a lot of in game content over the years.  We wanted to make sure that we kept our efforts focused while overhauling it, so we hooked up some metric tracking to the Journal window.

As it currently stands on TQ we have the following tabs in the journal and the % of how often they are opened compared to all windows in EVE:

None of the numbers were too surprising. Some of the only access or information about these features is in the Journal or through external 3rd party information.

So, with these numbers in mind we started looking at what we could do to better represent this information or make it more discoverable.

This tab will remain untouched in the January release. We feel the amount of people currently using it means we should leave this as it is for the time being.

These will be moving over to the Agency where you will be able to track your expeditions. To see your current Expeditions just open the Agency and select either the Suggested tab or filter for combat sites and remember to adjust the distance.

This tab is going to be removed and the contracts window should be able to handle everything this tab does.

For this to work we are adding a "Requires Attention" filter to the "Status" dropdown in the "My Contracts" tab of the "Contracts" window.

Clicking any of the Contracts window front page messages like "You have x contracts that require attention" or "Your corp has y contracts in progress" will now take you to the "My Contracts" tab within the "Contracts" window.

We are also reorganizing the order of the buttons in this window to make more sense. Contract Type will now be the first dropdown box in the "My Contracts" tab.

The "Planetary Launches" tab will be moved to become a new tab in the "Planetary Colonies" window. Functionally this tab and window will remain the same and PI interaction will now be accessed in one location.

The Epic Journal will be removed completely and will be handled entirely by the Agency. See The Agency updates above for more information and pictures.

We are also moving almost all the Incursion tab to the Agency, however we have not found a good home for the loyalty point log, so with the January release we will keep this in the Journal and everything else will move to The Agency.

We would like to know what you use the Loyalty Point Log for, so please provide us some feedback in the comments thread for this devblog. For Example: Do you only use this to see your current pool of LP?

In addition to all these changes, we are removing the Agent Finder as it is currently known.

With the introduction of The Agency, we effectively introduced a new Agent Finder and we felt this was an opportunity to encourage people to use The Agency, while simplifying the process of finding an Agent to work with.

If you filter the Agency to "Specify" for "Agents" you will basically get all the filters that were in the Agent Finder.

All pictures included in this dev blog are works in progress and subject to change.

Thanks for reading! All these changes are currently available on our test server, Singularity, and we look forward to hearing your thoughts and feedback.