Discuss the competition and the results over on the official forums.

In August we announced the New Eden Cook-Off contest where our players were invited to submit EVE-themed recipes and show off their cooking talents. We were overwhelmed with the response! We got over 60 submissions of amazing dishes inspired by EVE Online.

After the competition closed the community team at CCP sat down and short-listed the finalists whose recipes we thought best captured the spirit of the competition. We were looking for food that made good use of EVE lore and/or RP in their recipes, the amount of effort put into their submission, the cooking talent on display and of course general deliciousness.

After that we put the finalists to a company-wide vote and now the results are in!

And now without further ado: 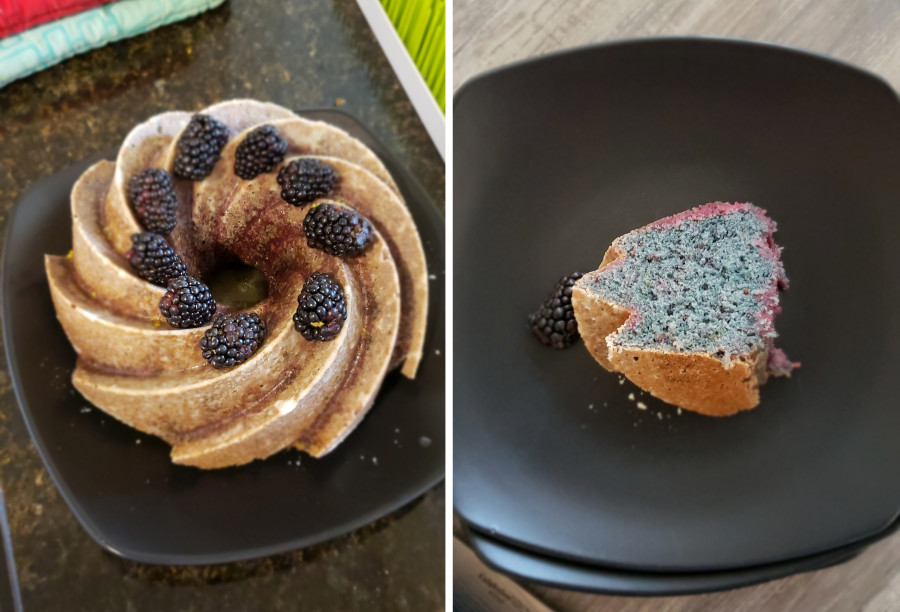 From Michael: "The Terminus Stream was a landmark in Vuorrassi. It was an unstable wormhole which would deal damage to nearby ships, with more damage the close ships got to its exotic particle stream. With the release of Crucible, the terminus stream vanished. This cake was made by capsuleer pilgrims to the Terminus Stream's former site. The shape echoes the damaging emissions of the high energy particles that would tear apart even the strongest battleship. The cake itself is bright blue/purple (depends on the blackberries), light and strongly fruit flavored." View the full recipe 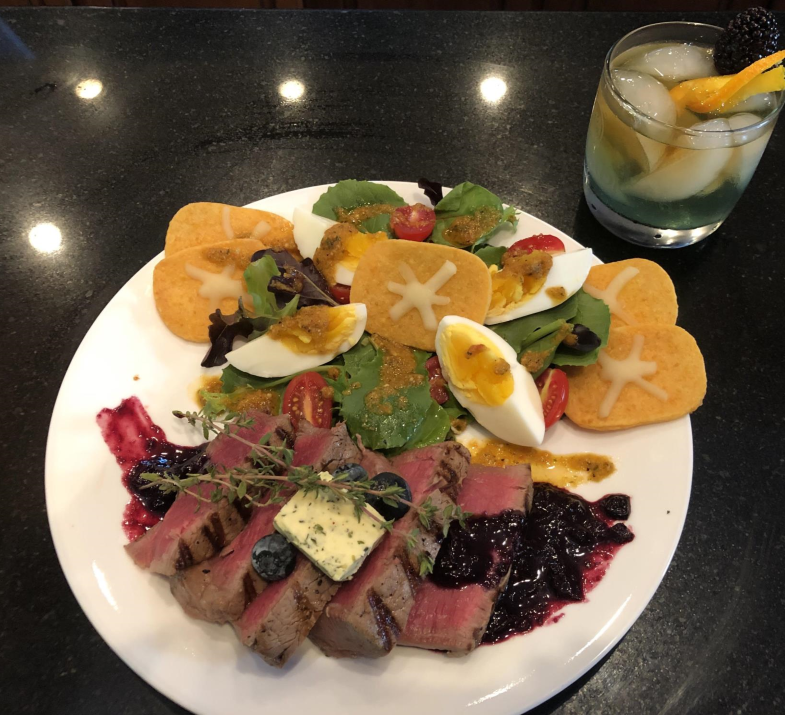 Veronika didn't include much in the way of lore with their submission, but they did produce a beautiful booklet of the full recipe which is sprinkled with New Eden references. The PLEX croutons and "Damsel in Dis Dressing" are also an awesome touch. 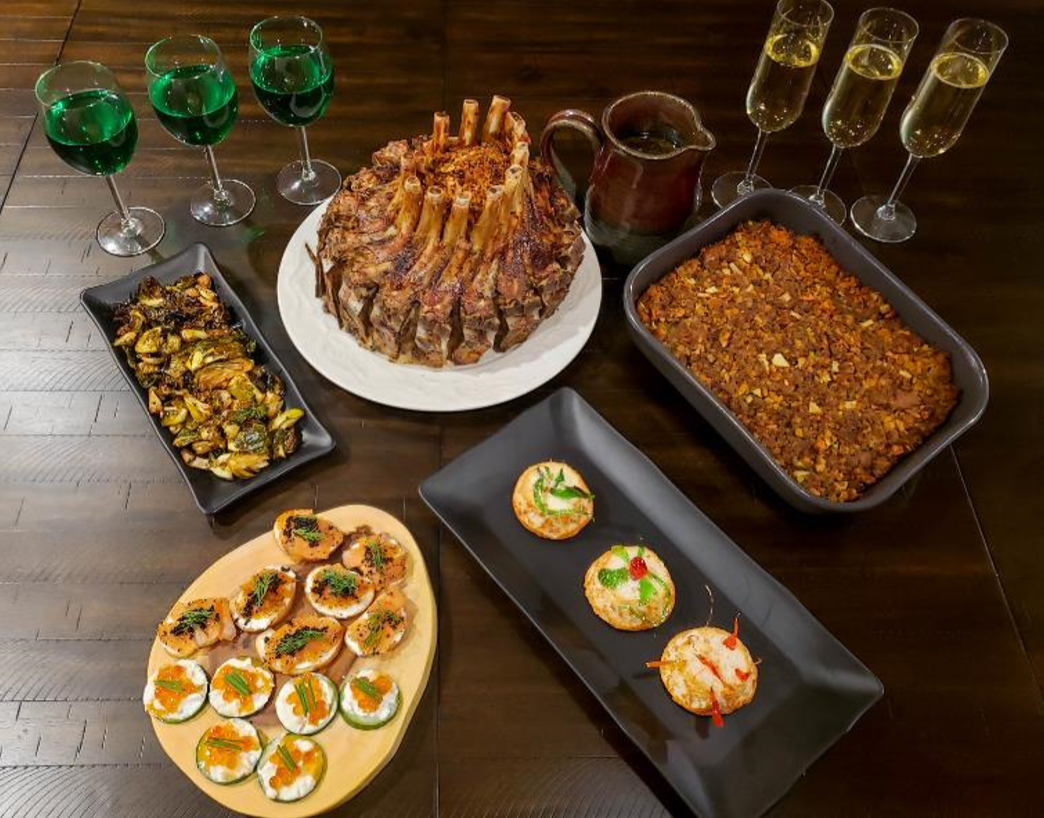 From Archael: "Ah yes, the meals upon a true wonderland orbiting Serpentis Prime are ones to behold. Decadence, culture, and artistry are upon the table of the family every day and the options always abound. Don’t believe me? Let me walk you through a meal I once observed while working some stints that got me a little closer to the family than I was probably intended..." View the full story and recipe

Congratulations to all our winners but especially Archeal Azzamean. We were blown away by the amount of effort that went into his meal and the excellent in-character story that accompanied the submission. If I were the kingpin of a New Eden crime family that's probably what I'd be having for dinner every day!

As part of the competition we in the community team at CCP now need recreate Archeal's Sarpati Family Meal in the kitchen of the CCP cantina. I hope we're up to the task! We'll make a video of our attempt which will be released later this year. All of the winners prizes will be on their way to them soon and we hope they enjoy their PLEX and gorgeous Lavacore SKINs.

In addition to our 3 winners there were 5 other finalists who dazzled us with their submissions but didn't quite make it into the top three. We'd like to give a special acknowledgement to the following capsuleers who also submitted amazing dishes: 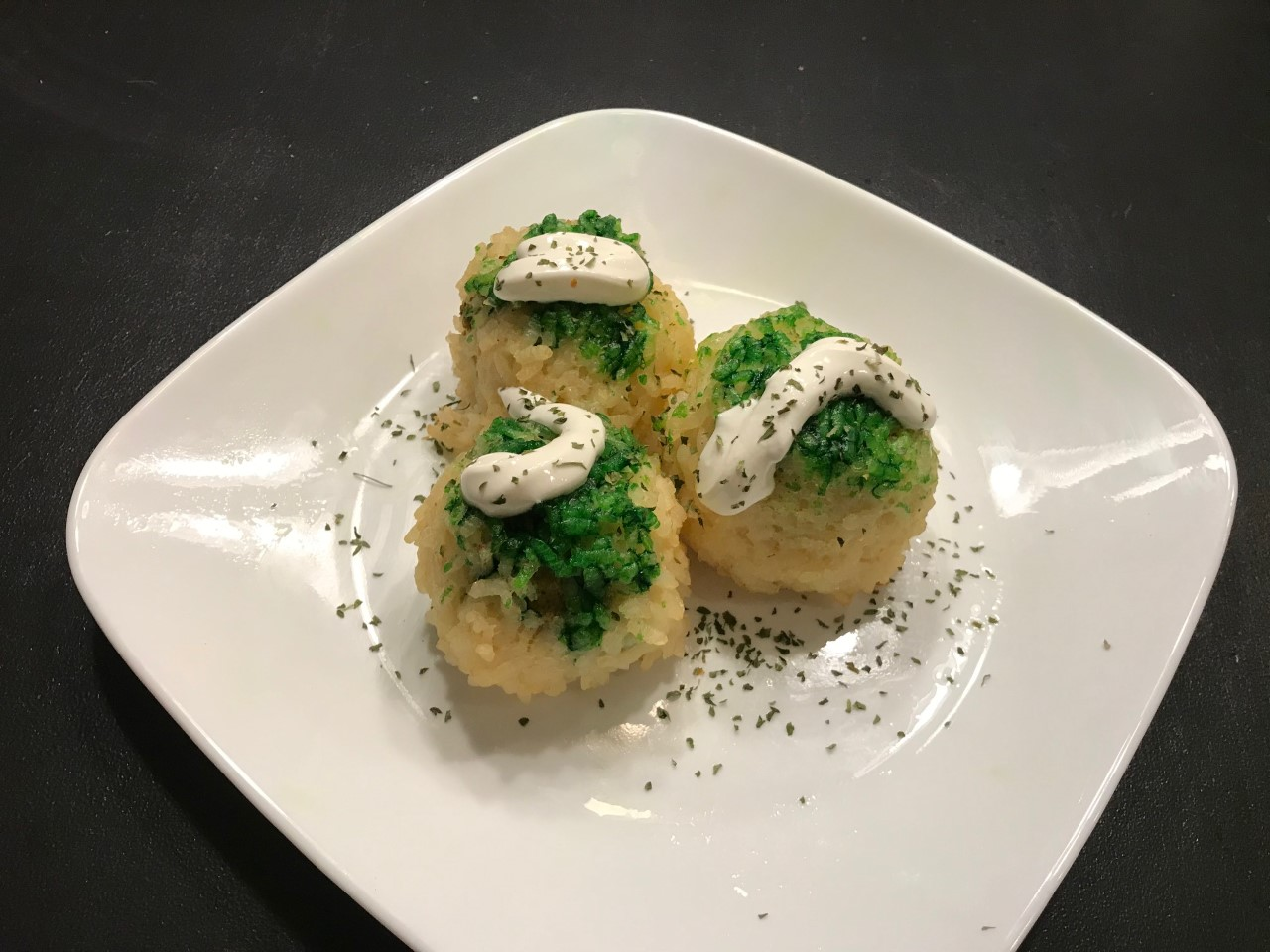 From Robert: "As the ancient settlers of Earth in New Eden struggled to survive their new home away from Earth, survival was very important. The need to make food stretch as long as possible was extremely necessary. These ancient settlers brought a couple of staples with them, Chicken and Rice. These two items became a staple for them, however, at the time trying to survive on new worlds they needed something that combined was both calorie-dense while portable. Chicken wrapped in rice became a popular meal to go. As the ancient settlers grew in the Gallente Federation, the Gallente people did not want to forget their past so this simple recipe was passed down from generation to generation and became an important item in the history of Gallente." View the full recipe

Remembrance of Reclaiming Cake from NorthCrossroad 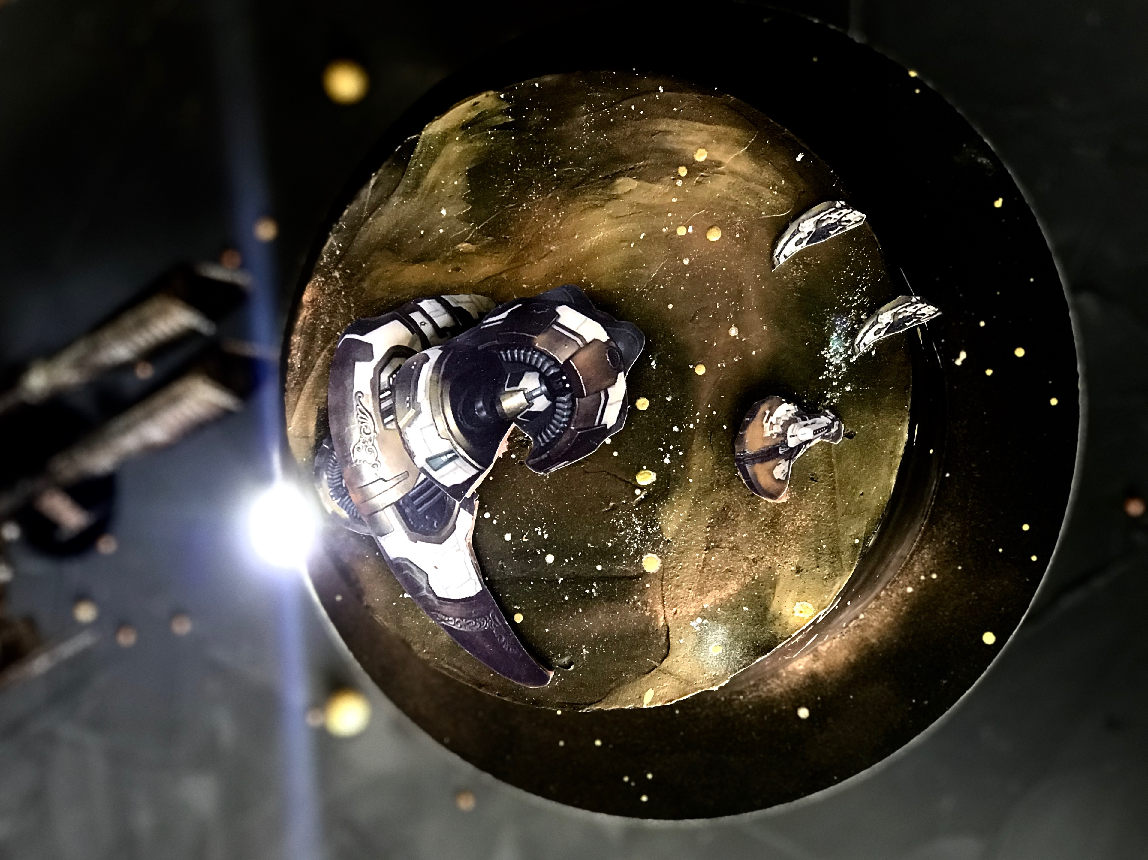 From NorthCrossroad: "Specifically cooked in Amarr and Khanid families only on the day when it is believed that the war of The Reclaiming began in 20078 AD. This holiday holds great value both as a religious holiday and as a celebration for all Amarrian military might. That is why, often times you would find religious ingredients like holy water, blessed flour and eggs on the inside and some depiction of Amarrian military might on the outside in the cake's decor." View the full recipe 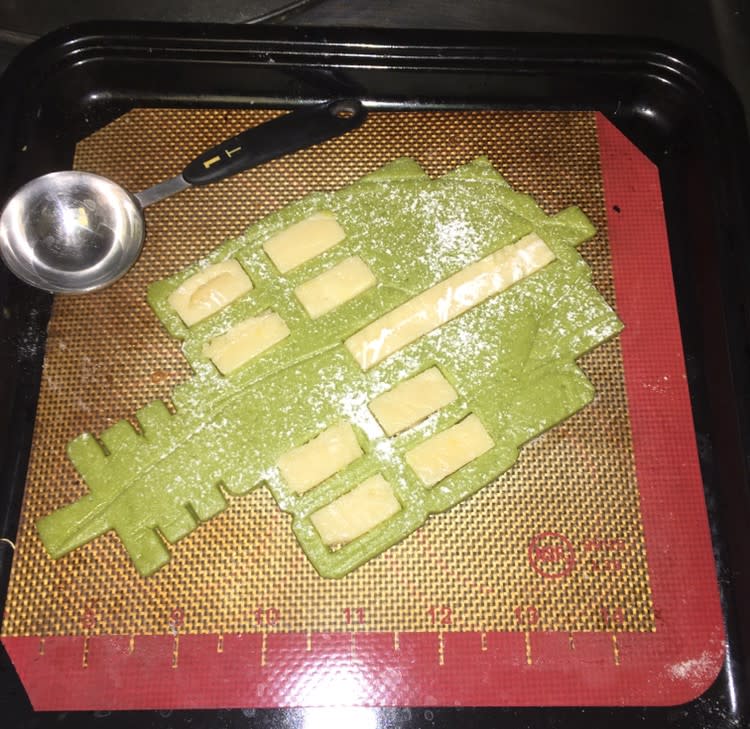 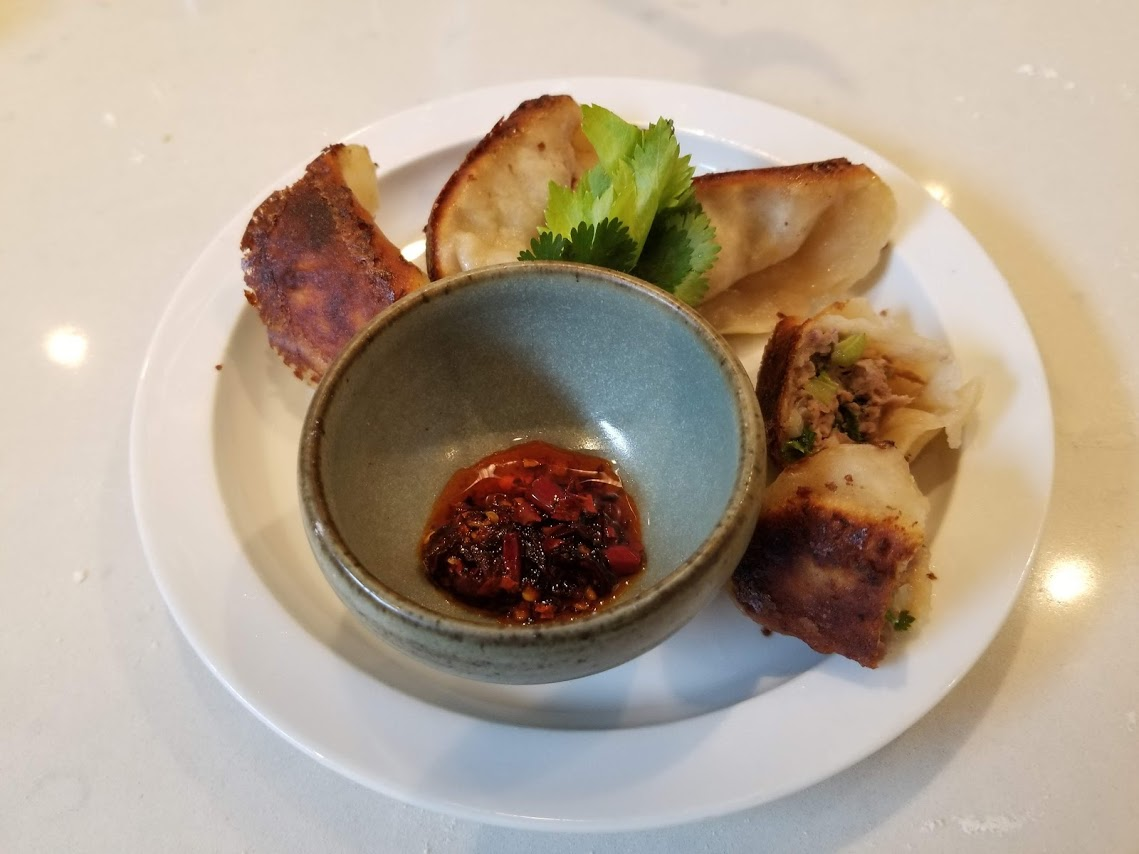 From Kuan: "These dumplings come in many forms but since the rarity of pigs to Vherokior clans Cattle has become the staple meat for these. Other ingredients include Spiced Wine of various origins, and Vherokior Medicinal Herbs, which can be tricky to obtain. The preparation of these is considered a family activity, with all family members pitching in on preparing the wrappers and filling." View the full recipe

Thank you to everyone who entered the contest, it was really hard to choose among the finalists. If you'd like to attempt any of these recipes or create your own original EVE-themed cuisine make sure to drop us a line at communityteam@ccpgames.com so we can check it out and share it yourself on social media with the #evecookoff hashtag.