A massive 75 individual teams clashed against one another in Alliance Tournament XVII, putting forth a ferocious display of willpower, combat, and tactical knowledge as they battled for victory – and after more than 36 hours of tournament streams, Hydra Reloaded defeated WE FORM V0LTA to claim the cup!

This year, as previously mentioned bonus prizes, tokenized CONCORD killmail certificates have been minted on the energy-efficient Tezos blockchain for each kill during ATXVII and distributed to the pilots who took the final shot for each one. Each holder is free to keep or sell their kill NFT as they please – however, the first 10 pilots to sell theirs will receive a bonus of 20 tez on top of the kill token’s sale value!

We’d also like to announce a promotional out-of-game raffle open to any EVE player who has connected their account with a Tezos wallet on the official CONCORD Killmail site. Previously connected accounts as well as any new ones connected before the end of the entry period will be automatically entered into the drawing, with a up to 300 tez up for grabs as prizes! The last day for entry is 31 December, and the winners will be announced in the first week of January – so jump in and join us for a fun raffle!

Additionally, each participant in the ATXVII finals will be receiving an NFT celebrating their progression to the final rounds, and the final kill and death of the tournament will each have a tokenized art piece created for them – adding a colorful extra way to memorialize the largest Alliance Tournament yet!

Finally, we will be creating Top 10 AT Moments as NFTs in order to commemorate the best moments of this years AT. More on that in early January! 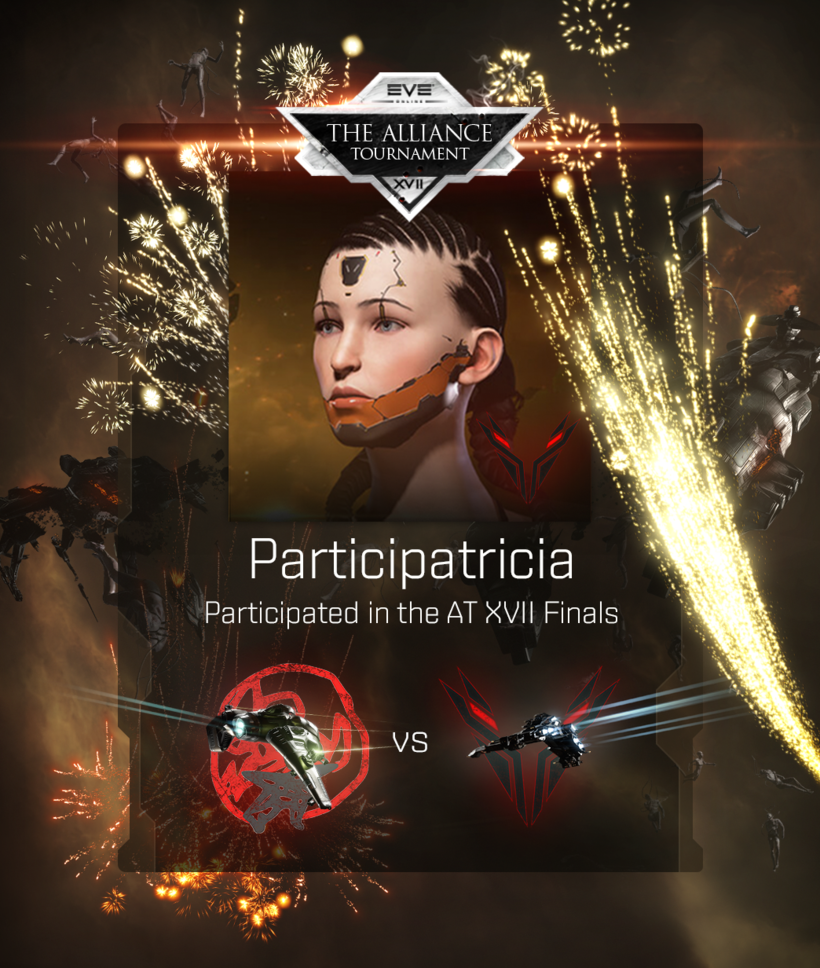 As NFTs have been a subject of contention in online communities in the past year, we want to make it as clear as possible to players that this initiative was taken up as a measured bonus for this year’s Alliance Tournament, on top of the tournament’s legendary ship prizes and the priceless notoriety of having fought in one of the EVE Online community’s most exciting and treasured events. The Tezos blockchain was intentionally chosen for this effort due to its profoundly minimal energy consumption compared to other networks, motivated by important concerns regarding the environmental impact of NFTs; we at CCP want to ensure that EVE Online’s effect on players and the wider world we inhabit remains and continues healthy and positive – both out-of-game as seen here, as well as through the ongoing refactoring of EVE’s ecosystem into a sturdy, lasting foundation to build on going forward.

We’re happy to celebrate another energized & exhilarating Alliance Tournament as EVE approaches its nineteenth year; enjoy the spoils, and we’ll see you in space!