New Capsuleers are a vital part of life in New Eden. As part of the ongoing efforts to improve the New Player Experience we launched a revamped version of the NPE program back in September, and it’s about to receive a further update!

Upon starting EVE, new players experience a story-driven adventure, in which they attempt to identify the attacker who disrupted their Capsuleer training program. In this latest update, a new chapter of the story draws new players towards a mysterious mining site, where they’ll learn the basics of mining, and discover the economic opportunities that underpin life in New Eden. 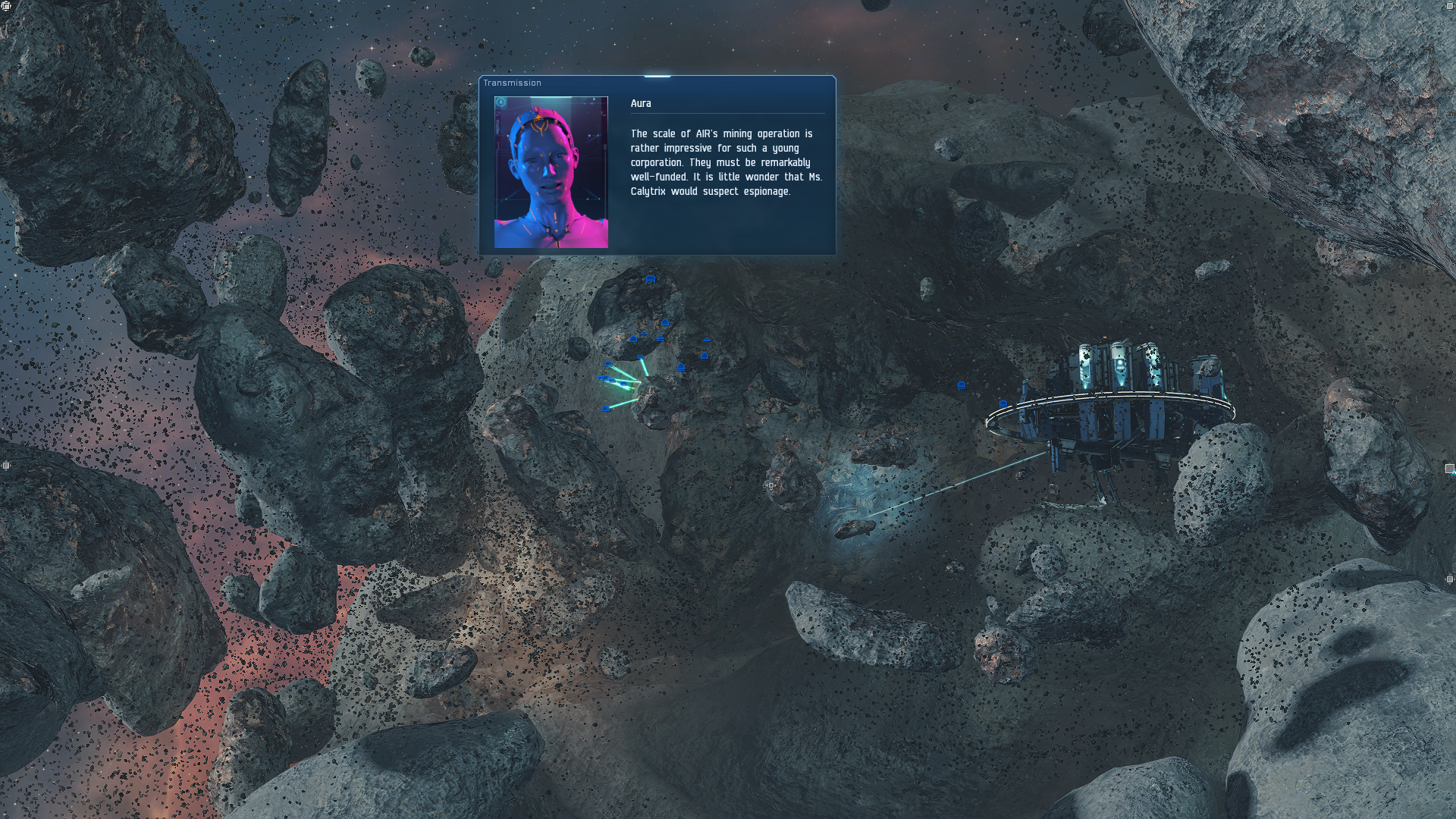 By engaging with this adventure, players will learn essential skills to help them earn an income, become more invested in the world of EVE Online, and feel excited to embark upon their journey through the stars. You can test these work-in-progress changes yourself on Singularity and enjoy the live experience on Tranquility from 8 March.

Solving A Mystery While Making Some Money

The new AIR NPE has received a warm response from the community since it launched back in September. As part of our ongoing commitment to building a high-quality, story-driven introduction to EVE Online, we decided to add this new industrial chapter, as well as polish the existing experience further.

First up, the longer station stops which can often be overwhelming to new players. Frequent drop-out points have now been broken up into shorter, and more meaningful engagements, where players will learn how to train skills and fit ships for a purpose more closely related to the adventure and goals ahead of them.

We also want to ground players in the economics of EVE and provide a foundation of knowledge to help them make a living in EVE. This story teaches them how to gather resources through mining, and loot items in space. As every Capsuleer knows, trading on the market is also an essential skill! Thus, the new player is introduced to the concept of selling their gains for ISK and learning how the wallet works in the process. 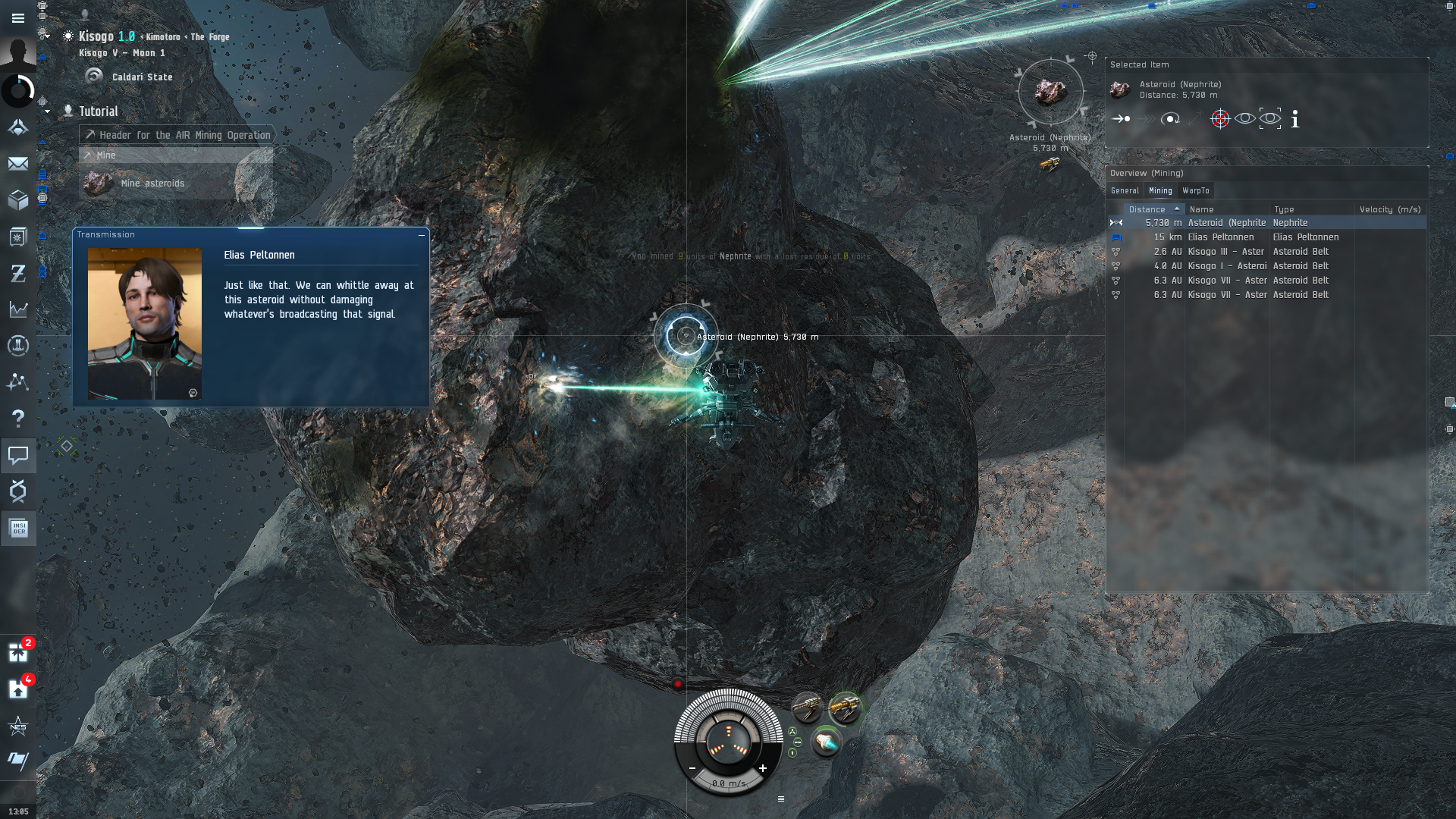 Everyone needs a good friend to help them along the way, of course. Elias Peltonnen will be your companion throughout this mining adventure, along with your trusty A.I. companion AURA. As you begin your mining expedition in a beautiful, undisclosed location, mysterious events will begin to unfold that you’ll need to investigate. Perhaps some critical clues relating to the wider story are hidden here amongst the space rocks?

With the player now excited about the mining skills they’ve mastered, we point them to the resource tab in the Agency. From here, players are introduced to some of the other opportunities that can help them shape their future as Capsuleers in New Eden.

Helping Players To Help Themselves

EVE holds a deeper promise for immersion, character building, adventure-shaping and community-building than most other games and online communities. But getting to a point where you can appreciate that, and really feel like you can take on the world is no small task to deliver.

A guiding principle for the new AIR NPE has been to offer an enjoyable, mystery-driven space adventure that prepares pilots for a deeply immersive world with endless possibilities. We aim to strengthen player agency and build up the toolset of the player in an organized manner that never overwhelms. At the same time, we strive to slowly reveal the many and diverse opportunities that exist in New Eden beyond this story. 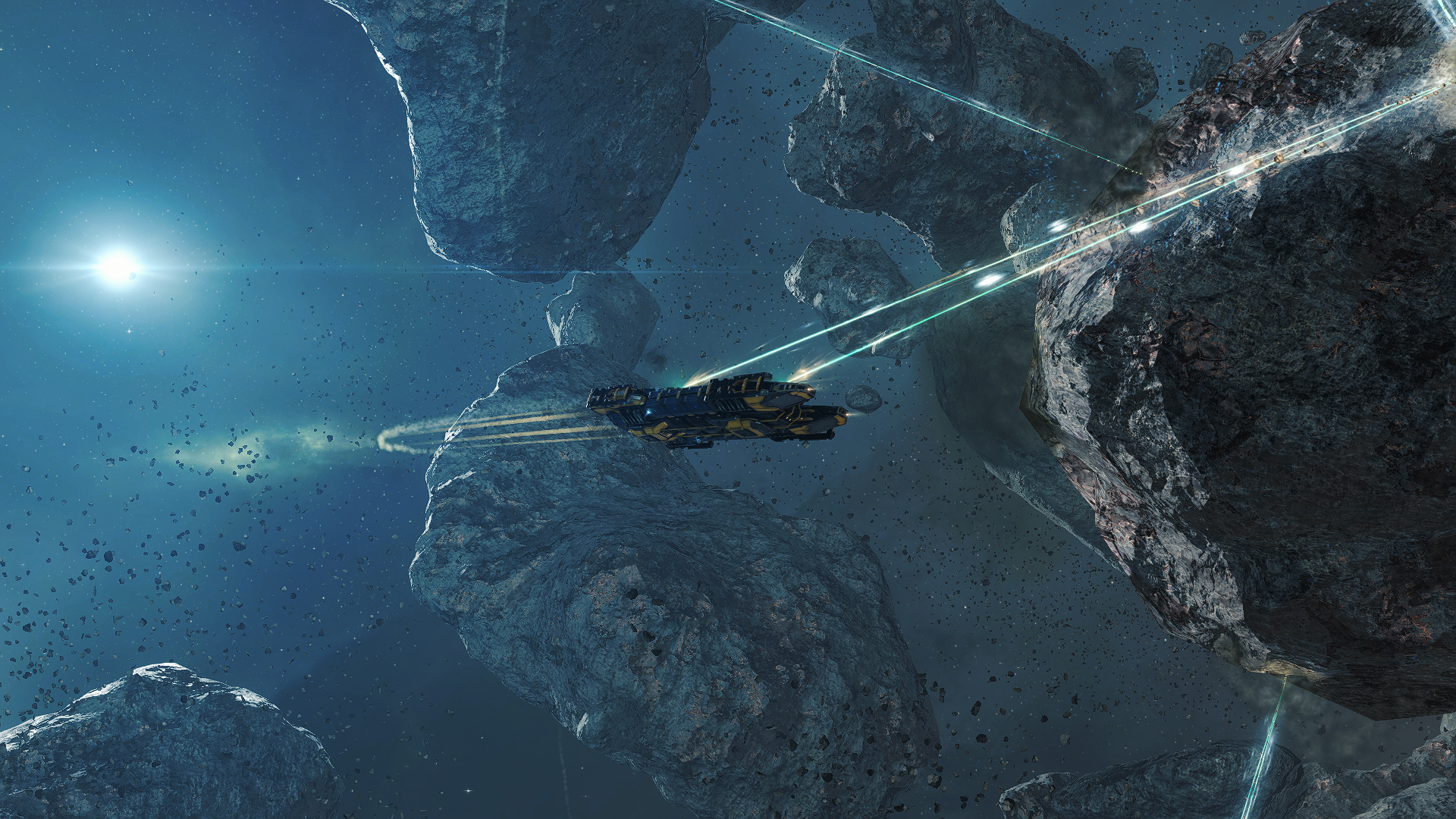 After concluding the mining adventure, the typical new player will have enjoyed an hour of story-driven content. At the same time, they’ll have gained some key fundamental skills to help them survive - and even thrive - in our grand Space Opera.

The new mining adventure is now available Singularity! To explore the content as it’s intended, you’ll need to put yourself in the shoes of a new player by creating a new character and playing through the tutorial. To share your feedback, join the player discussion in the official thread on EVE Online forums.

Exploring The Future Of The NPE

We’re already hard at work on the next chapter that will follow on from this new mining adventure! Having laid the groundwork for players to understand basic combat, navigation, mining, looting, fitting and skills, we want to turn to the most requested content, according to new player surveys: Space Exploration!

We’ve spent quite some time asking our players what excites them most about EVE when they first begin playing. An exploration adventure is at the top of the list, and so pre-production work has already begun! Exciting high-level art, story and design elements are already in development, and we can’t wait to show you what we have in store to really launch our New Player Experience to the stars…