Vat Out of Hel - Now Live 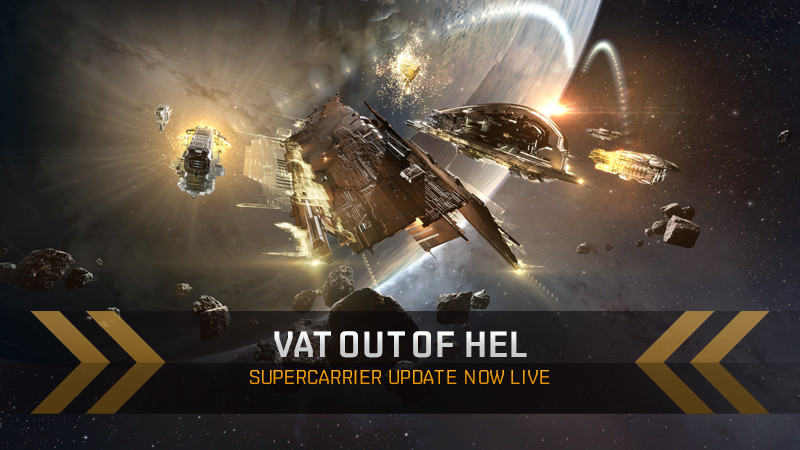 As part of the Phoenix Quadrant, the Vat Out of Hel update to Supercarriers is now live in EVE Online! This significant update to the Supercarrier class introduces the new Tactical Capsuleer Recloner, stunning new visuals, and added ship balance for these behemoths of New Eden! Be sure to read the full details on these changes in the original announcement.

To complement the Vat Out of Hel update, the Headhunter SKIN has returned to EVE Online's New Eden Store for the Aeon, Hel, Nyx, and Wyvern with a 20% discount. The offers are available until 11:00 UTC on 17 November.