EVE Online is Free to Play

Known as one of the best MMORPG games out there, EVE Online offers an engrossing experience as an online strategy game. As a player within EVE, you can customize your own experience through the choices you make and the roles you play. Though the game allows you to choose from multiple roles, progressing in any of them requires its own unique strategy.

The PvP experience in the game merges the best of MMO and strategy gaming worlds. This can be seen in the form of player alliances that have been developing over several years, and has led to epic battles in the 17 year-long history of EVE.

EVE Online is an online MMO space strategy game. The MMO element of the game is streamlined in its player-run alliances where multiple players thrive and depend on their fellow compatriots within the alliance. Each alliance runs as a combination of real-world corporations where every player has a defined role. As a member of an alliance with a specific role within it, it is essential to develop a game plan.

You can be a fleet commander who has to master flying skills and knowledge of combat mechanics in outer space, a diplomat who has to specialize in engaging with other alliances’ diplomats and deal with crises, or a spy who has to develop the skill of infiltrating other alliances to gather compromising information on them. Whatever your role happens to be, the only way to move up within the alliance – and in essence within the game – is to plan ahead. This is why it’s recommended that you invest time in skill training, as it enhances your level and abilities in certain roles and thus allows you to play a more important part within your alliance.

For players wanting something other than corporation-gameplay, EVE offers numerous solo PvP roles such as interstellar piracy.

In addition to solo exploration, players can also choose to engage in PvE or PvP combat, espionage, or fleet command to experience action. For a player searching for more than just the thrill, he can also join a corporation and form and lead larger fleets for a superior battle experience.

To make things even more interesting and fresh, the game has gone through numerous expansions since its inception in 2003. This is especially important for our experienced players who are always on the lookout for a new challenge within the game. It’s no surprise, then, that over the years EVE has developed into a strong community of over 300,000 players.

In the game’s recent updates, such as the “Fight or Flight”, “Eclipse”, “Zenith”, and “Phoenix” Quadrants, there have been major upgrades to the game's existing gameplay, meta, and events. The idea is to keep making things challenging, intriguing, and rewarding for all our players, regardless of their experience within the game. 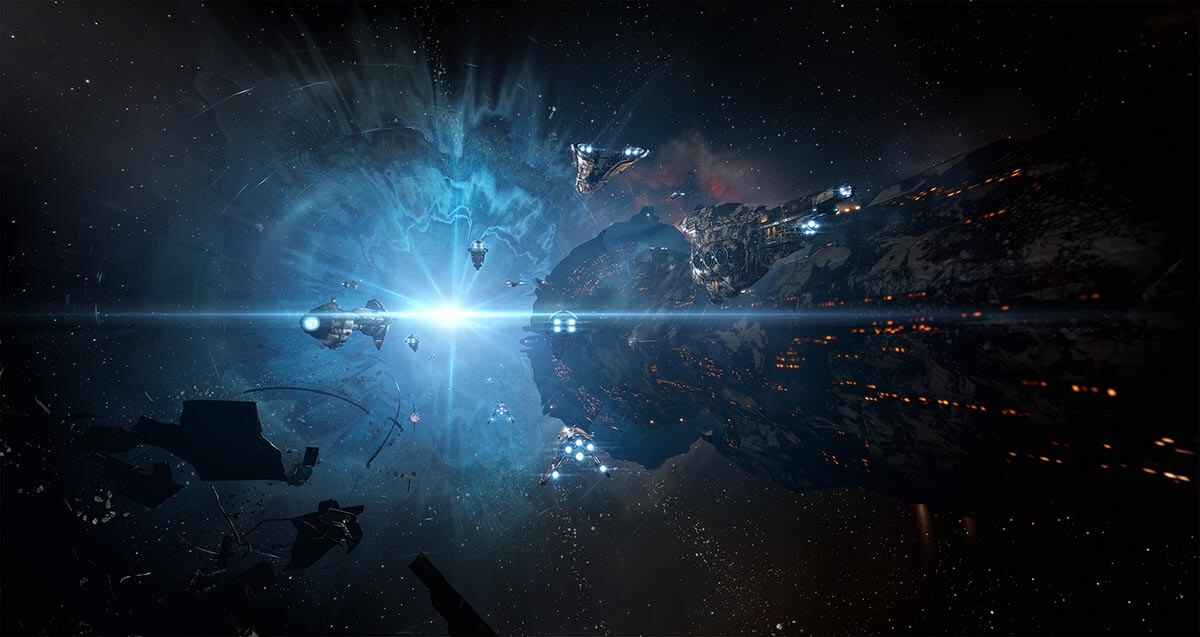 PvP is the most essential part of any MMORPG as it allows the players to engage with each other in combats. EVE Online is one of the best sci-fi MMOs that provides an unmatched PvP engagement. A player can immerse in the PvP combats to improve his skillset and earn ISKs, the native currency of EVE Online. This further helps the player to build his wealth which can be later used to buy weapons, spaceships, or even to train. 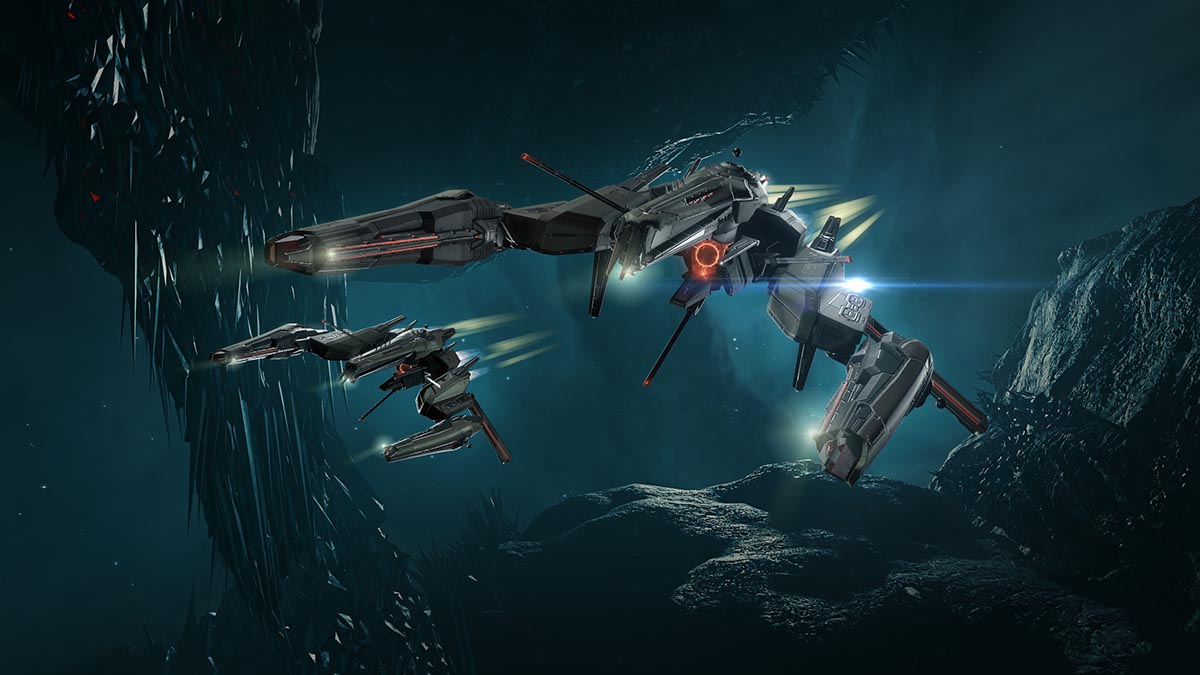 Like other online space games, EVE Online does not have a single-player mode. Nonetheless, there is still much to look forward to, even for PvE enthusiasts. Players can go on solo missions involving activities such as wormhole exploration, combat and relic exploration, R&D, spying, and freight distribution.

Being the biggest single-shard MMO strategy game out there means that all players share a singular reality. Therefore, it is sometimes inevitable for the PvE and PvP elements of the game to cross paths. One can, for example, fall prey to a fellow player operating as a pirate. 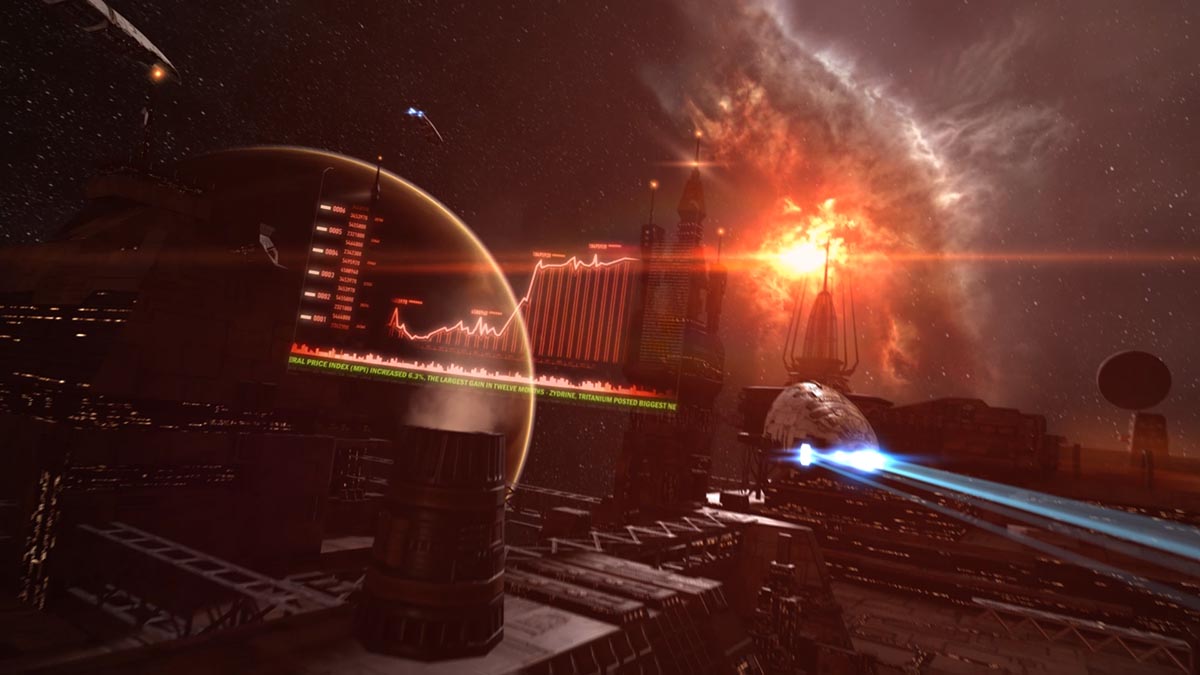 In this online strategy game, the universe – known as New Eden – relies heavily on a player-run in-game economy. Thriving player empires that have grown and developed over the years within the game have their own territory. Extraction, hauling, and production industries all contribute to the manufacture of products ranging from spaceships and modules to weapons and space stations.

As a player, you can be a part of any of these industries in varying roles such as a miner, courier contractor, inventor, researcher, and many more. On the darker side of the economy are players who prefer not to play by the rules, opting to be thieves, scammers, or to pursue other similarly shady activities.

EVE Online is consistently ranked as the best online MMO strategy game in 2021.

What is a strategy game?

A strategy game requires its users to devise an in-game action plan for a longer period of time. This makes in-game achievements more rewarding, just like in EVE Online.

Which is the best MMO strategy game ever made?

EVE Online offers the best combination of a Massively Multiplayer Online (MMO) game and a strategy game within one.