A closer look at the CSM 12 election results

During the EVE Keynote at Fanfest 2017 (you can watch it here), we announced the results of the Council of Stellar Management (CSM) 12 elections.  These were the results: 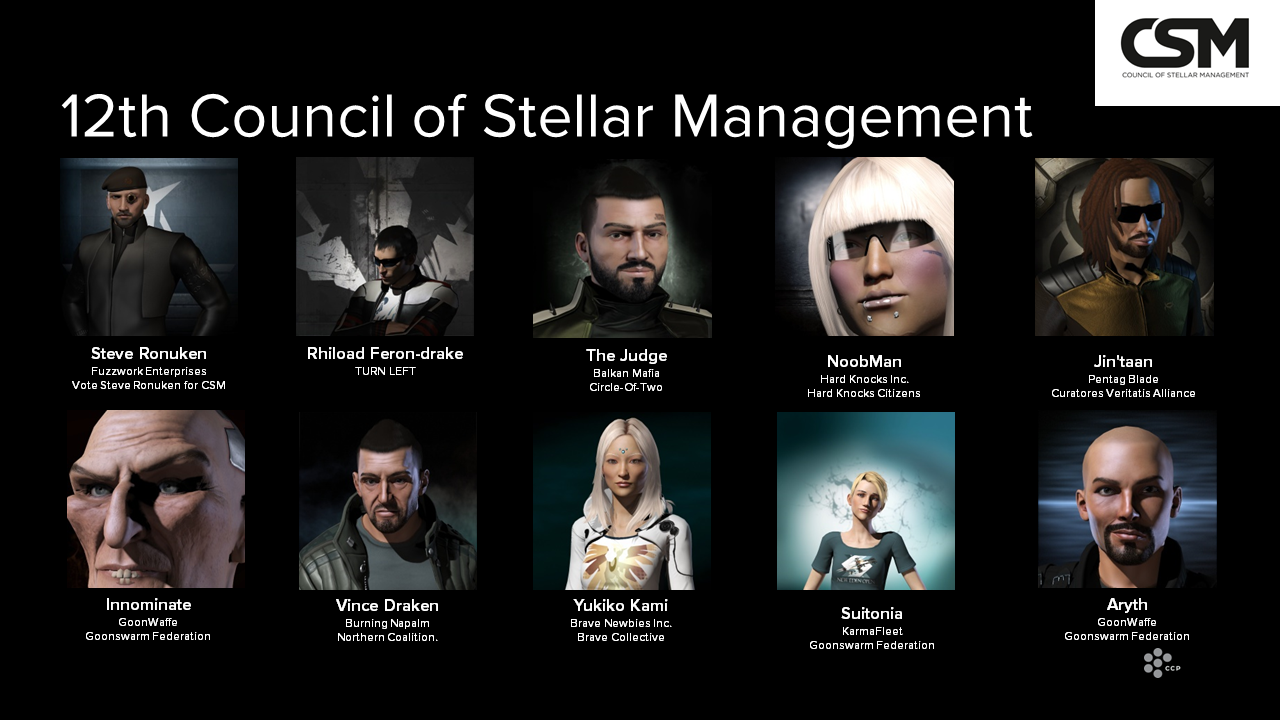 For those not familiar with the CSM, they are a player-elected representative body for the players to CCP. CSM members are involved in ongoing discussions with developers about the game and future changes being planned, bringing both community feedback and expert opinions. The council is also flown out to CCP Iceland twice a year for a multi-day summit with the development teams. To learn more about the CSM, head here.

For those of you wanting to see the votes themselves, they can be found here, alongside the code (in Python) used to run the election. The election is run using the same system as last year, the Wright STV system. More details on the formatting of the .blt file can be found here in section 3.1.

In total, we had 31,274 votes cast in the election for CSM 12. This is higher than last year but not a record.  CCP takes this as a sign that while we’ve improved awareness of the council, there is more that can be done to improve how we promote elections and increase belief in the CSM project 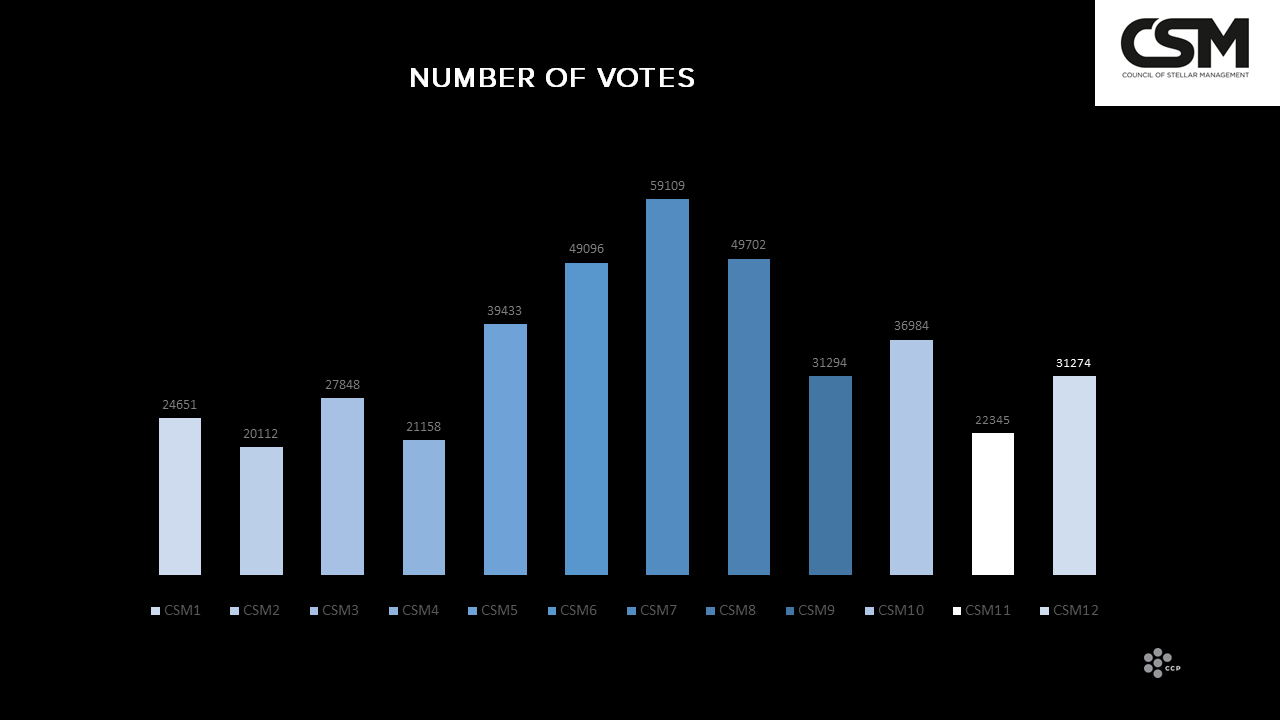 We also had an increase in the total number of candidates running from last year, tying for second highest ever. This ensured a healthy variety of candidates to choose from for voters and a lively campaign period. 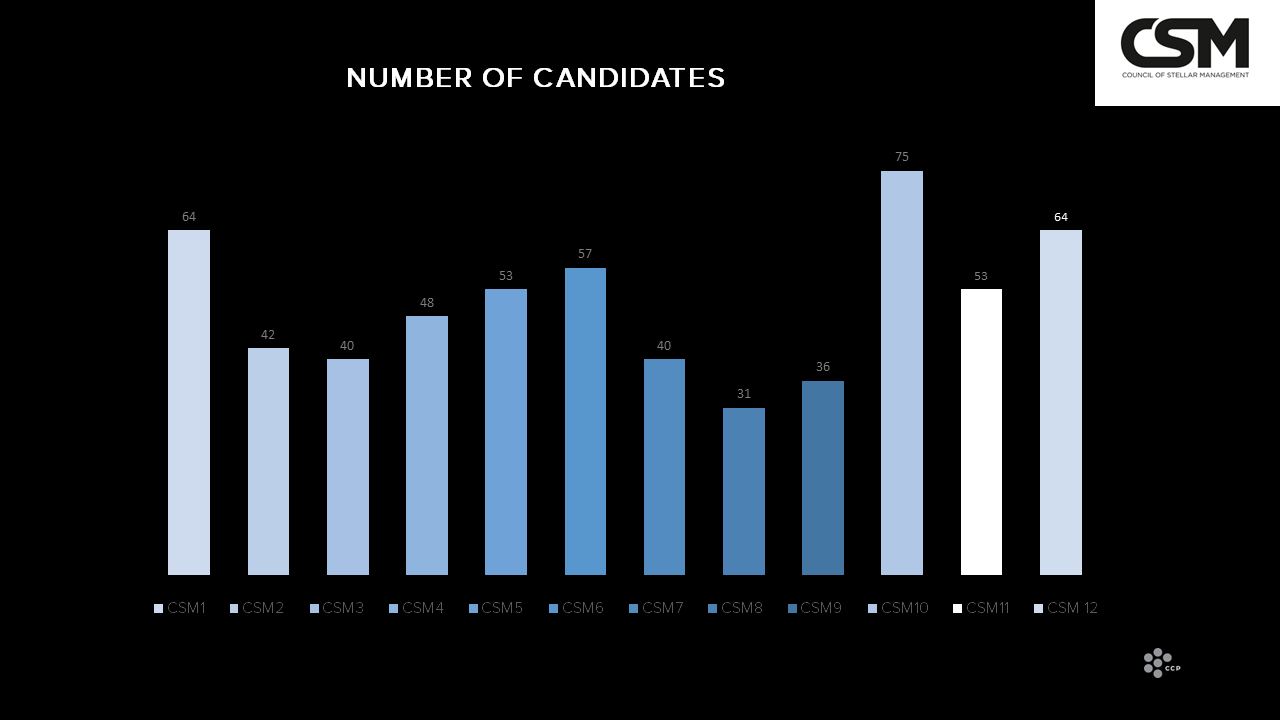 Here’s the breakdown for voters by country. As usual, United States has a strong showing with the United Kingdom and Germany close behind. 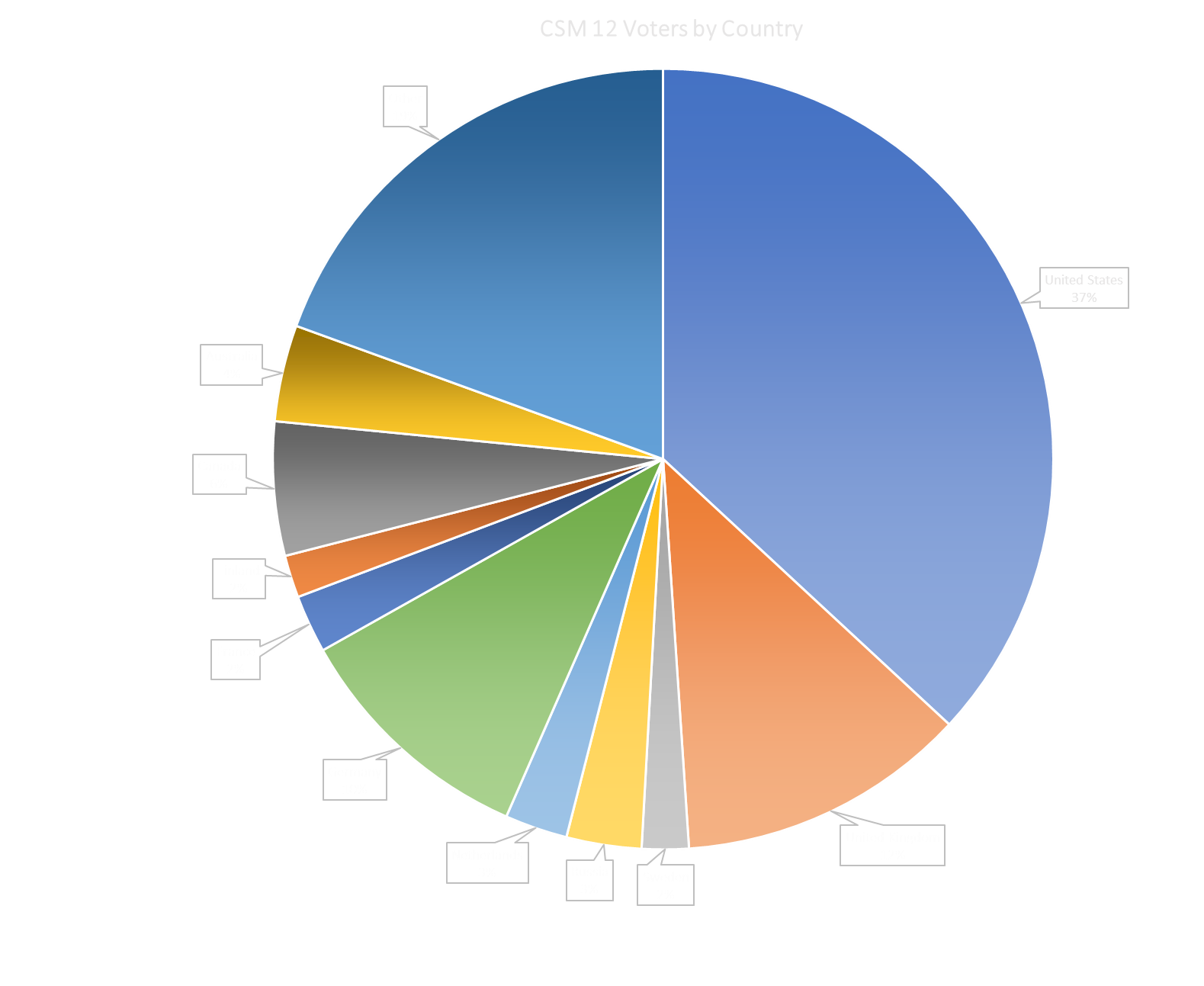 The majority of accounts that voted this year were created from 2013 onward, with the highest number coming from 2016. 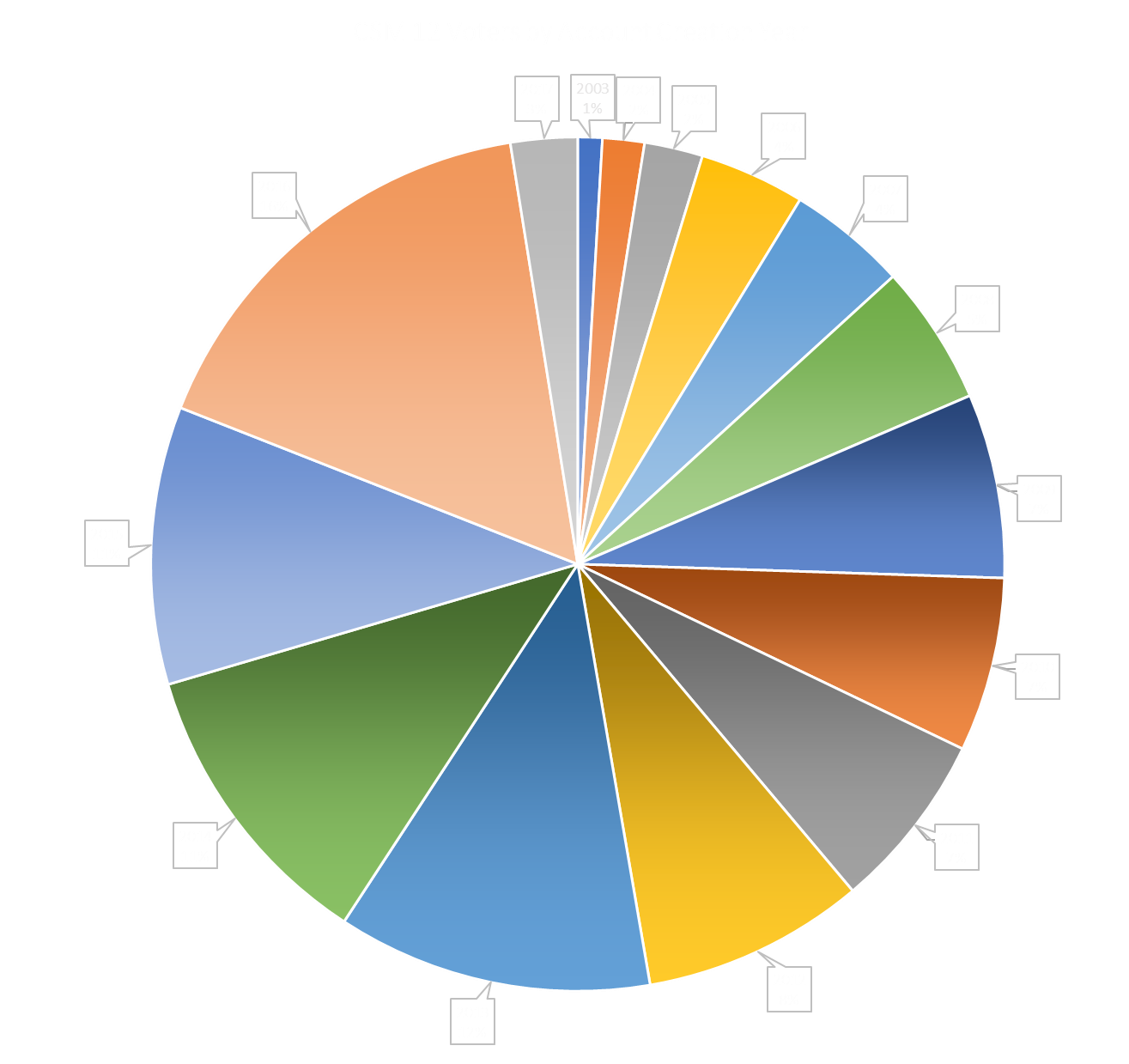 We’re looking forward to working with CSM 12 over the course of the next year to help us make EVE Online a better game for everyone. We hope we’ll succeed in keeping you all better updated with the process and we know the CSM are very keen to increase the visibility of our work together this term. We hope you’ll help us out by keeping an eye on things and giving us feedback. Here's some info on how to contact and keep track of the CSM:

A big shout out to those who voted and those who helped spread awareness of space democracy.