Part of the process of bringing Planetary Interaction to life as its own unique and engaging element of gameplay, was to create all new assets specifically for it. Below you can see a few concepts from our artists that depict the orbital hangar and a container, both major components in the transportation of goods from the planet to your cargohold. 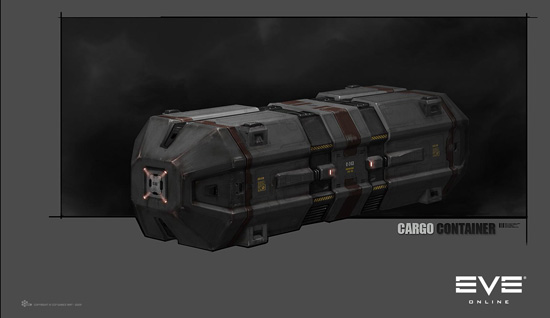 The Cargo Container is a multi-part object. The main part is the container itself, which will store the valuable goods that you have extracted and refined, while the smaller part is a propulsion system to fire your goods skyward towards your awaiting hangar or ship. 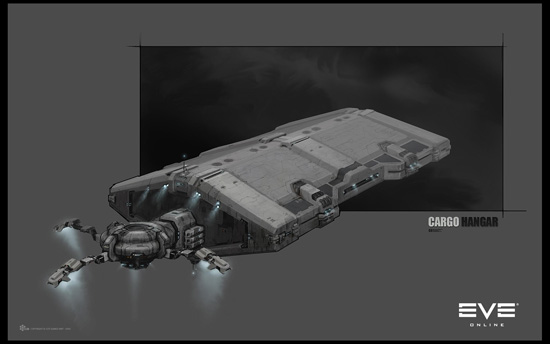 We also have an Orbital Hangar that intercepts the Cargo Containers coming from the surface.  As you can see it is large scale structure that is in orbit around the planet waiting for your packages to arrive.

These three images represent what the art department is aiming for in the design regarding appearance, and they are already being modeled and textured as you read this.  Even though these are only concept illustrations, they are a good representation of how the end product will look. Any changes will be touch ups and refinements as they move through the pipeline and the organic process of modeling and art design works its magic on them. 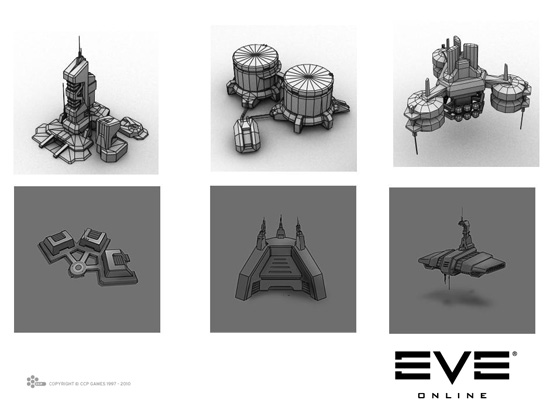 Aside from these models that you‘ll see in space, we will also provide an inventory of planet-based structures for your colonies to extract and process materials from the surface.

After all, if the capsuleers are going to plunk down facilities to drain the planets of precious resources, then we better make sure we do it using sexy looking facilities.

The look of the structures depends on their location and type of facility they resemble.  You can imagine that your Command Center will look different if it‘s situated on a gas planet than it will on a terrestrial planet.

The large sized components are new and they will be available in 256px by 256px.  You‘ll be hearing more about this and related changes soon.