What are we doing:

Hey guys, CCP FoxFour from team Five 0 here with some news about NPC's and their brains. As it stands right now on Tranquility we have 3 classes of AI. The most common is the normal one you find on all mission rats, belt rats, and the like. Secondly, we have what we internally call Level One AI which is on sleeper and incursion NPC. The final AI is the one on Concord.

One of the nice advantages with the Level One AI is we can create different AI templates from it. This is why the sleepers and incursion NPC are so different. We are going to do the same thing again; creating a third template from the Level One AI. We will only be activating specific parts of the new AI for this third template and it will not change how much damage the NPC do, how much damage they take, or generally how strong they are.

So with that all in mind: We plan on applying the Level One AI, with a new custom template, to almost all NPC in the game. We will not be touching Concord, the current sleepers, or the current incursion NPC. Other than that, all the NPC in the belts, missions, complex, navies, pirate faction, empire faction, and any others I can find will get the newer Level One AI.

Why are we doing this:

There are plenty of reasons for doing this. Trying to bring everything up to date, to stop maintaining old code, to give us new options for what we can do in missions, to try and close some exploits, to attempt to make the PvE more engaging, and more.

How are we doing this:

We are going to do this with a lot of little baby steps and public testing. We have also taken steps to make sure that if come release time if we don't like where this is at we can easily revert it all and put it off for a release to try a difference approach.

Internally we started with just changing all of the Gallente and Guristas NPC. This allowed us to run missions for the Caldari and go up against the new AI.

After the first round of testing we made some tweaks to the attributes on the NPC, specifically making them hate drones less, and got some of our QA and Bug Hunters to hammer through missions. So far the feedback from this has been really good and we are confident with moving on to the next step.We are still working out the dates for it but at some point in the coming weeks we want to get these changes onto a test server and invite the community out to run some missions and provide feedback.

As I said earlier this is something we are doing very carefully so getting it into your hands as soon as possible is of high priority for us. We are just sorting out when we can get access to one of the test servers.

Edit: Turns our the changes got published to Duality recently. So if you get on Duality now you can see and test the changes. If you have any feedback please post it in this following thread

A short dev blog, but hopefully one that is clear and to the point. CCP Bettik and I look forward to discussing this with you more as we move forward.

p.s. I have reports that the police on Duality are shooting everyone in High Sec... and that when they do you get GCC. So yea, we have given everyone what they wanted: A less safe High Sec. ENJOY! 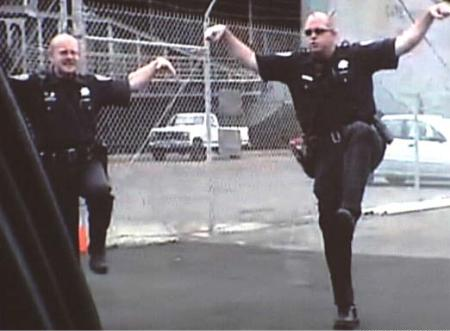