Wow, what a day! After our Clone States announcement, we watched as EVE players, future EVE players and media engaged in a massive discussion about what this feature would mean for New Eden. Needless to say, it feels great to see our community embrace the concept in such force. In less than 24 hours you have started developing 3rd party support for Alpha skill and fit planning, suggested marketing strategy for us, and of course looked for ways to improve the design. This has all been fantastic to see and now we are just eager to get the details right as we move towards that November release. 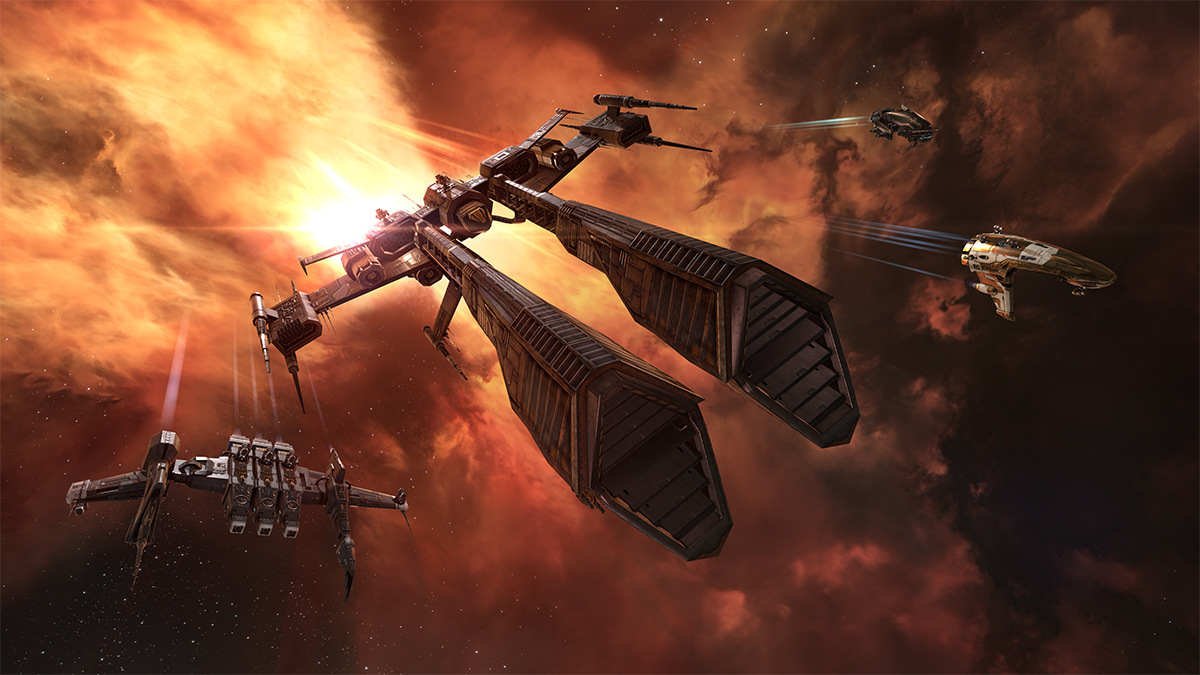 The internet is a big place and while we did answer some questions yesterday, there was no way to respond everywhere so we want to use this opportunity to highlight some of the biggest points of feedback so far. We aren’t ready to lock in any changes or solutions just yet, but know that these will be huge focus areas for us over the coming weeks.

Probably the clearest point to emerge so far has been a request to limit simultaneous log on for Alphas. The concern here is obviously justified as swarms of free alts could potentially have any number of negative effects on the game. That said, there’s significant complexity here, especially on the technical side. We are exploring options to address this and also consulting our security and customer support team, as most of the negative behavior would depend on multi-plexing or automation, both of which are big no-no's. But, when you guys say you will find ways to break it we believe you, so, we’re looking at our options and will update you when we settle on an approach.

Coming in a close second is suicide ganking and other forms of high-sec harassment. As we mentioned in the Q and A, we know we can use the safety system to ensure there won’t be a problem if we need to, but we still aren’t sure if that will be necessary. This write up does a good job showing why Alpha Clones may not make ganking more prevalent. It’s a tricky topic and we look forward to talking it through with the CSM as well as watching more of your feedback over the coming weeks.

After those two stand-outs there are a number of areas that have been mentioned consistently but without quite the same urgency.

We know there’s some sensitive gameplay areas like faction warfare, combat alts, wormhole scouts and a few others that need a look over.

We know there’s plenty of ‘what if’ questions that still need answers such as how to handle characters with fancy implants or corporation ownership who fall into Alpha state.

We know we need a good plan for what information to expose in the API about your clone state and what kind of access Alphas have to the API.

We’ll be working towards answers on all these topics, with your help, and will do our best to keep you up to date through our progress.

Another common area of discussion has to do with the New Player Experience (NPE), other supporting features for clone states and the November release in general. What I can tell you is that this will be a full blown expansion release and we have some of its content already described on EVE Updates, with more to come soon. We are also working to include the first phase of Team Genesis’ new player experience improvements alongside clone states, keep your eyes out for updates from them on that work.

Finally, we want to emphasize that a lot of the impact from Clone States will be impossible to predict. We’ve seen questions like ‘what will happen to the market when returning players suddenly reclaim enormous amounts of assets’. Well, we don’t know exactly! For now, we want to work towards a position where we can comfortably react to emerging needs after launch.

Let us extend a giant thank you for all your ideas and enthusiasm. This is the best gaming community in the world and it’s awesome to see how excited you are to help us make it bigger.

Look for updated plans from us over the next few weeks.