As hundreds of players from all over the world prepare for the trip to the Harpa center in Reykjavik for Fanfest 2012, we here in the Community team wanted to give you an insight into some of the community events we will be hosting this year.

The aim of community events at Fanfest is to provide players with non-EVE activities that they can participate in outside of the normal roundtables, presentations and panels. This also ties in to our drive to enable players to raise funds for our charity of choice, Get Well Gamers.

Get Well Gamers President, Ryan Sharpe, will be attending Fanfest this year and will be making a sizeable donation of toys to the hospital in Reykjavik on behalf of EVE Online players.

Every year we offer Fanfest attendees the opportunity to win a VIP tour of the CCP offices and a lunch with the Developers. Historically this event worked by inviting players to submit a minimum bid of $1000 and the highest bid would win the tour. A $1000 bid or more in this economic climate is a huge request of any one player so we are going to change how you, a Fanfest attendee, can win the office tour.

This year we will hold a draw and allow every attendee, plus a friend, the opportunity of winning for as little as one PLEX. We have set up the character ‘CCP Office Tour’ and in order to be in with a chance of winning, simply contract a PLEX to this character. The cutoff date for all contracts to this character will be Friday, March 16 at 17:00 UTC and the winner will be announced in a CCP video on our You Tube channel on Monday,  March 19. The winner will then be invited to attend the Office Tour starting at 11:00 UTC on Wednesday, March 21. Naturally, we will contact the winner by mail and arrange to get them to the office.

Ok, ok that’s all well and good but why do I want to spend part of a day in an office? Offices are boring! In many ways, that is true but these are the offices of CCP and you will be one of the few players who will ever get to take part in such an event. If that is not enough, let’s sweeten the deal a little more. CCP Soundwave, the Lead Game Designer for EVE Online, will allow the winner to pitch a game design idea of their choice in a 20-30 minute private meeting. This design idea can touch on any aspect of EVE Online. We cannot guarantee that the idea proposed will make it into the game. For example, if you propose that every Gurista Despoiler has a bounty of 20 Billion ISK or that Titans can go to High Sec space, chances are Soundwave will nod and smile while thinking about dangerous animals. Should your idea be well presented and thought out, who knows!? 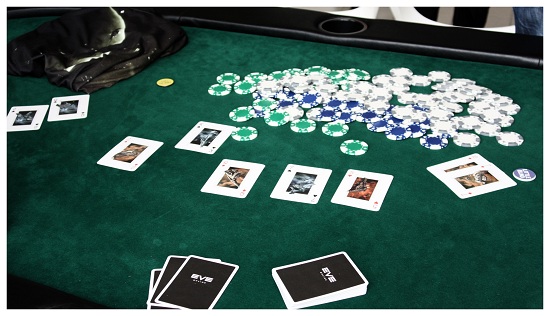 The poker tournament at Fanfest has grown over the past few years and it is one of the events that players love to participate in. Each year we have been making the prizes bigger and better and this year, we will push it through the stratosphere. The tournament will take place on Thursday evening in a special area in the Harpa center and will be limited to the first 80 players who purchase tickets and tickets are available at the Fanfest 2012 site.

So enough about the buy-ins and format how about you tell us about the amazing prizes on offer for the winners?

Ok so prizes will be awarded to the final three players placed in the tournament and we are giving away 60 PLEX, the first Ishukone Scorpion skin in-game and the winner will have their name on the show info window of this ship for eternity, T-shirts and other goodies. 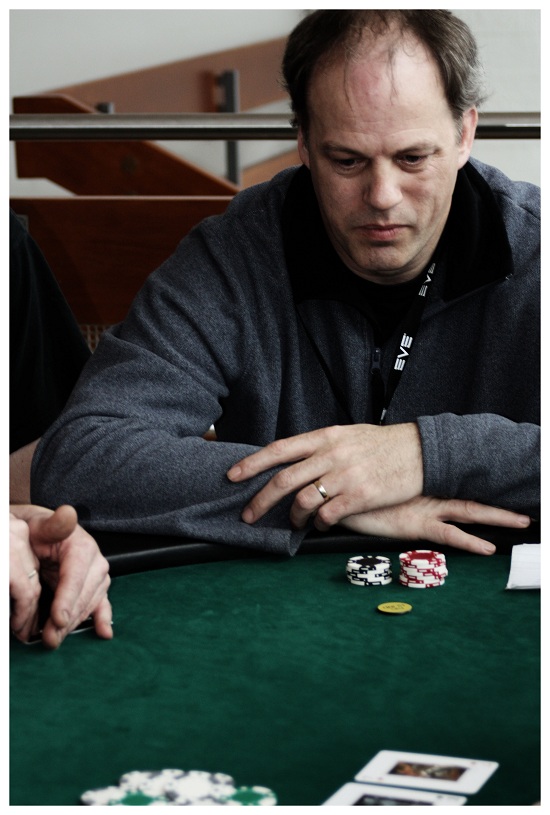 Wait a second; I think I should explain a little more. The 60 PLEX will be broken down as 30 for the winner, 20 for the runner up and 10 for third place.

Unique T-Shirts will be issued for the winner, runner up and third place

The first in-game Ishukone Scorpion skin will be awarded to the overall winner as well as having their name added to the in-game description of this ship. We need to stress at this point that the winning name is subject to approval and we may ask that you create an alt or use an alt name if we find your name unsuitable to be added to the permanent lore of EVE Online. For example I opened a thread today and names like Chribba, Kronossan, Ion Rubix and Zagam would be completely acceptable. Other names like 243636 or lol buttes would not be considered acceptable. The final decision on naming will be decided upon by the Lead Game Designer, CCP Soundwave. Should you have the name of a dangerous animal in your player character, you are pretty much fine. 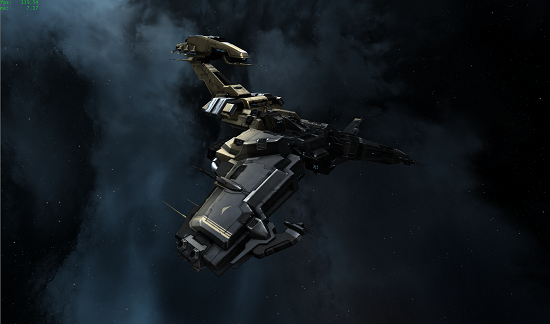 This leads on to another question, does this mean we will be seeing ship skins for sale in the NeX store or by some other method? That is currently not the plan and is not in development so the short answer is no. The Ishukone Scorpion was already created as the first prototype and Game Design plan to release it to everyone at some stage. The winner of this event will just be granted the first one, before anyone else has ever owned it, along with the bragging rights of having their name in the lore.

Every year we hold a silent auction which allows players to bid for extremely rare or unique items. In previous years we have auctioned off the famous Banhammer, hand painted ship models and EVE/Dust art. This year will be no exception and we are hearing rumors around the office of some very, very cool stuff if we can arrange to get it on time. I will not go in to any more details but you are all invited to drop by the Community area at Harpa and check out everything on offer.

Battle of the Bands

We initially started this project using Rock Band for players to compete against each other and it has turned into quite a big draw for many, simply for the many lulz it provides. Goonswarm have been dominating this event in recent years and remain undefeated so the gauntlet is thrown down. We have witnessed vocal powerhouses like Zastrow destroying all comers while Michael Bolton III has treated us to a partial striptease. Who knows what this event will bring this year but everyone is invited to take part. If you wish to sign up, drop by the Community area and we will be happy to have you listed.

VIP area at the ‘Party at the top of the world’

The final part of the community events will be inviting the top three placed players in the poker tournament, the winner of the Battle of the Bands and Office Tour along with the player who buys the most expensive item at the silent auction to a VIP area at the main Fanfest party. This area will include table service all night, your own private seating area and security guard. Nothing quite says, ‘I won’ as much as lording it over everyone else like the rich pimp you are. 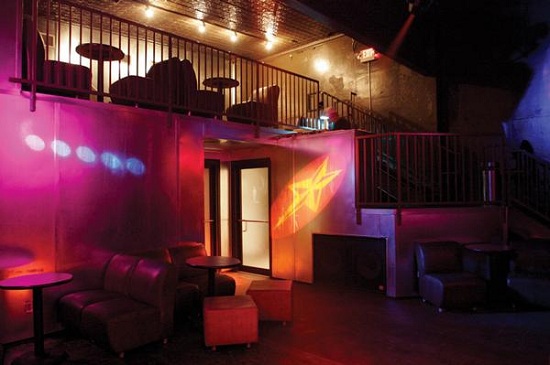 So that’s all from the Community team. If you have been debating whether to come to Fanfest then this is the ideal time to visit the Fanfest 2012 site and check out the early bird specials which are on sale. If you have already signed up to attend Fanfest, sign up for our poker event here and be quick as tickets really are selling out fast.