Wormhole space can be a mysterious and difficult world to enter. There are no jump gates and systems aren’t put together in regions or constellations to help you keep track of where you are. Even system names are arcane and difficult to remember. When you consider wormhole classes, system effects, and more, you may never know what you’re getting into when you jump into a system.

But for those explorers who want to risk the danger, Staticmapper helps take some of the unknown out of the process.

Around the time Apocrypha was released, Raath’s corporation was wardec’d. Being a carebear and happy with his fleet of Hulks and Orca, he and his corpmates decided to explore the new wormhole systems. At the time, there was only wormholethingie as a guide, so Raath extracted the database into an excel spreadsheet that they used to log which wormholes they came across. It soon became apparent that they needed a corp-based web app, so he put together the first shell of Staticmapper as a logging tool to track their exploration.

Soon after, they released the app to the public. Once people started using the site, it soon became apparent that there was a pattern to the assignment of statics, so they began to pieces together what statics related to what region/constellation. Before long, he had enough data to fill the whole of w-space up.

From the word go, the site was very popular. The majority of people praised it and it soon became the de facto resource for w-space navigation. There was a small minority, however, who disliked it because of the ease it gave new w-space explorers (in one case, Raath was threatened with a life full of gank if he didn’t take the site down!)

The site works via the in-game browser. When a user has added the site to his trusted sites list, it enables an “Add Visit to Database” button to the site, allowing users to log their trips through w-space. Additionally, users can add a sigmap to keep track of what’s in their system, share those sigmaps with corp members, and make a note of friendly and hostile systems.

The site also has a tool for non-w-space residents. The Jumpbridge Map tool allows an alliance to create a map of their jumpbridge network, then share the map with their alliance via the API and passwords.

One key aspect of the site is that Raath wanted it to be a community tool, so pretty much the entire dataset is populated by user data. There are still some systems with no associated scan record, which appears to have driven an exploration style of gameplay to find these systems. Raath has spoken to a few explorers who use the site exclusively for the purpose of finding unexplored systems.

Daily, the site gets between 3-4k visits. Each month, Raath gets roughly 30k unique visitors, around 80-90k visits, and serve up to 1 million pages. The busiest days are always the weekend and daily traffic peaks always around 14-15:00 UTC. The USA is the most frequent visitor, followed closely by Russia.

Raath is currently part way through a complete site rebuild. Over the past 12 months in particular, he has seen an increased use of smart phones and fondle-slab devices on the logs and has had more than few requests to make the site more responsive. He’s completely overhauling the old school HTML template with a responsive twitter bootstrap theme and reworking the backend with the MVC framework fuelphp. Progress is going smoothly and he hopes to have the new site ready within the next couple of months.

There will be some cool additions, including a visual route-link chart showing current scan history as well as potential routes back to k-space and the illusive high-sec static. A faster galaxy map for the route planner and a completely new sig map tool with a cut and paste feature everyone has been asking for. He will also be adding further information regarding scannable anomalies and linking it to the market data he collects via his other community site, the DRK Industry Tracker, for that very important question “How much is this stuff worth?”

Once he has completed this site revamp, he is also planning on updating said Industry Tracker with the same technology. As long as there is an EVE Online, Raath will continue to develop for it! 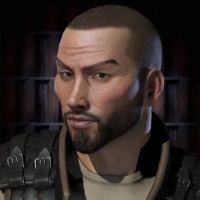 Raath has been playing EVE since 2007, when he saw an article on a website and thought he’d give it a go. The game held his interest for a while, but what really hooked him into EVE was its API. From the word go, he was fiddling with little widgets that interacted with the IGB or with data from the API and it was this ability to metagame to the extreme that has really kept him interested in EVE.

In game, Raath is into industry in a big way. He single handedly runs a fairly large capital production line building carriers and dreads that he sells on the open market. Blake of the k162space blog frequently posts about their exploits and results. It pays for the PLEX! He keeps the whole thing working together with his other public site, DRK Industry Tracker, which is a full blown suite of project management tools geared towards large scale industry.

Out of game, he is married with 4 fantastic kids. He is a professional LAMP/LEMP developer. He’s also a Linux user happily multiboxing all 6 of his accounts at the same time through wine and is a proud member of EVE’s 3rd party development community.