Making sure the game doesn't break before our expansions or patches is released is important! If we don't do this right, something INSANE might happen, like an important system file accidentally being deleted. Luckily, we have a hard-working Quality Assurance team that hunts down bugs and squashes them before they escape into the wild. Or at least that's the plan. The man in charge of this team is CCP Goliath, a giant Scottish man. I tore him away from his days of reinacting the Battle of Stirling Bridge to talk to him about his job, path to CCP, and more!

I’m the QA Director for EVE Online. Unofficially, I also administrate our Jira server, and coordinate the Agile Community of Practice. 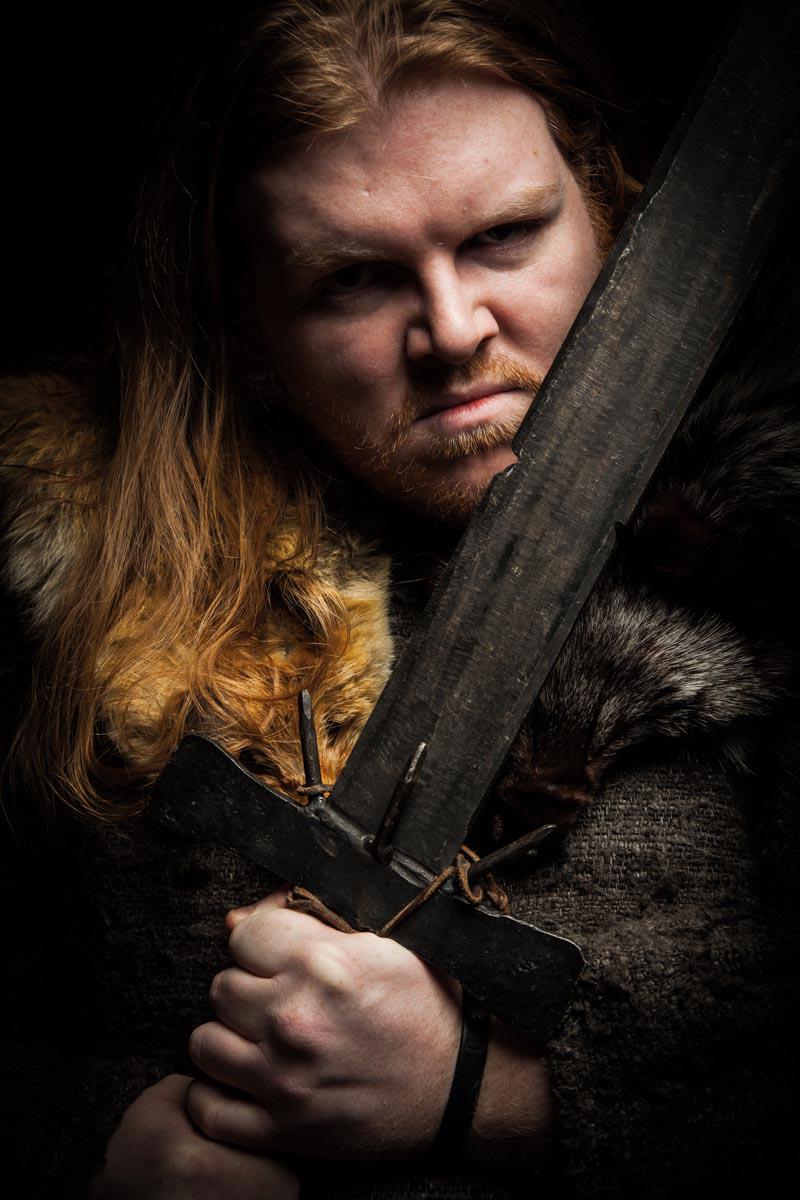 I’m accountable for the overall output of the QA discipline. I represent the discipline internally and to external partners like our outsourcers Pole to Win. A large part of the role is creating, reviewing and maintaining processes, both collaboratively and independently. Within the discipline I offer technical and professional leadership to our QA staff. I also need to keep the awareness level of risk and concern high throughout the project. Awesome corporate buzzwords aside, I guess I would describe myself as the sword in the darkness, the watcher on the walls, the shield that guards the realms of men.

What’s the craziest defect you’ve ever squashed (in EVE or any other project you’ve worked on)?

While testing the very awesome and fun Joe Danger, by Hello Games, if you crashed your bike, you would flop around ragdoll style.  I managed to reach critical mass on (precise) button bashing to make the title character animate in such a way that he could fly.  After much unnecessary perseverance, I got a beautiful bird’s eye view of the entire map, and racked up a high score orders of magnitude above what could be achieved in the level, causing a bonus bug of high score truncation!  They wiped my score before the game went live though L

I worked in outsourced QA for over six years with the same company (formerly Absolute Quality, then e4e, now Pole to Win). Starting as an uncontracted tester, I worked my way up to lead on several projects. I was selected to lead the outsourcing team for EVE Online, after which I was invited to Iceland to see how the other half live. Two years and change later, here I am.

I started playing about 6 months before I started as an outsourcer for CCP, for the purpose of preparing for the pitch! My colleagues and I quickly got sucked in far beyond mere preparation however. I have 3 characters – one pure fighter specializing in Amarr vessels, one trade/industry/corp management Gallente character who also has perfect drone skills, and my main, a Matari all-rounder with a predilection for exploration. I love living in wormhole space, but I don’t do it all the time.

This wildly fluctuates depending on what I’m doing at the time. I love that I am afforded a lot of freedom to try out crazy ideas. I love that my colleagues are so incredibly invested in the product that even the most minor things can draw in anyone in earshot to get involved in a pitched debate. I love that the company hasn’t stopped having fun despite growing substantially. Probably the thing I love most though is the sense of family that exists here. I’m very grateful for this as moving to such a unique country as Iceland, with no support network, was very daunting and I have had nothing but advice, assistance and care from everyone here. 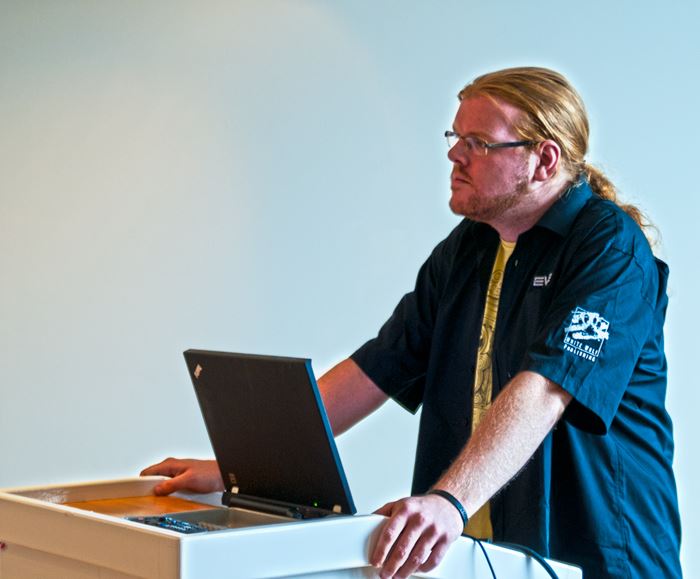 Perhaps not directly me, but the QA discipline as a whole. I get a distinct impression that at least a section of the players think that we have an “old school” QA department, who sit separately from the developers and churn through build after build to ensure core functionality, as well as every possible edge case. Our QA are part of development teams, who are responsible for the features they develop, and our outsourcing partners run a massive suite of tests every two weeks to tick the “core functionality” box and make sure the new features don’t break the old. Needless to say, bugs do manage to escape to TQ, and we are eternally grateful to the players who take their time to send us well written bug reports so we can get these fixed. Please don’t give our QA staff a hard time on the forums – particularly when they are trying to work out issues with others in a thread. With a game as complex as EVE, and players as intelligent and devious as all of you, there are going to be issues that slip through the cracks.

Well, my youthful ambition was to go into television or film production/direction. I don’t know if that’s still so high on my priority list, so I think I would go for my current favourite hobby – designing board games!

What sort of board games do you enjoy and take inspiration from when designing your own?

I am a huge fan of Euro style worker placement games.  My old favourite is Agricola, but I am eager to try Caverna, which I hear is a superior successor.  There’s a ton of exciting things happening with worker placement right now – Archipelago mixes classic Euro strategy with a finely balanced semi-cooperative loss condition, and Lords of Waterdeep was a massive revelation in how these types of games can actually be fun as well as strategically rewarding!  I basically try and shoehorn some level of worker placement into almost all the projects I’ve worked on, with varying degrees of success.  I also adore deck building games, stemming from my deep love of Magic: The Gathering.  Dominion is probably my favourite of these, and Donald X. Vaccarino is a major inspiration to me (in that he also loves stealing ideas from M:TG).  Other honorable game mentions go to: Resistance, Coup, Netrunner, Robo Rally, Bohnanza, Betrayal at House on the Hill, all of which are engaging and mechanically fantastic.

Do you have any of your board games you think are good enough to share with our players?

The furthest along one is close to being ready to show people, but we really dropped the ball on applying the finishing touches.  Would have been very cool to relax in the game room at Fanfest and play it, but it’s just not there yet.  All I will say about it is that it’s themed around rock band management.

I love cooking, home brewing, gaming of all flavours but particularly board, and can usually be found doing these with CCPers Sledgehammer, Lebowski and Antiquarian. Following the CCP Game Jam, I have also been getting my teeth into Visionaire Studio and working on a couple of old school point and click adventure games in that, which scratches my writing itch. Oh yeah, and I’m a huge Magic: The Gathering nerd.

I co-presented the movie and game review section of a Scottish children’s television “magazine” program. I was around 12 at the time, and had a style preference for quiffs and Hawaiian shirts. Not my finest hour…

Do video clips of this appearance exist anywhere?

They exist in an arcane format known as VHS, and there are some theatrical performances from back in the day on Super-8mm.  Those coming to light would basically destroy any credibility I have managed to acquire.  Basically they are the only thing holding me back from running for public office.  In fact I should probably just destroy them…

Your dev name is CCP Goliath, but you’re just about average size compared to a lot of other CCPers. Do you ever consider changing your name to something like CCP NotThatGoliath?

Keeping with CCP Tallest’s tradition, names aren’t always what they seem! When I arrived, I knew the Dev Name was going to be a big decision and I deliberated over it as long as I possibly could. Then I found out that offensive names weren’t allowed, so that shortened the list to three. Since there was already a CCP Heimdall and a CCP Ginger (and Gingerdude, for that matter), I opted for Goliath. My real name is David, and while I’d love to retcon some grand representation of the duality of man into the name, I just free associated until I found something that I thought was cool… 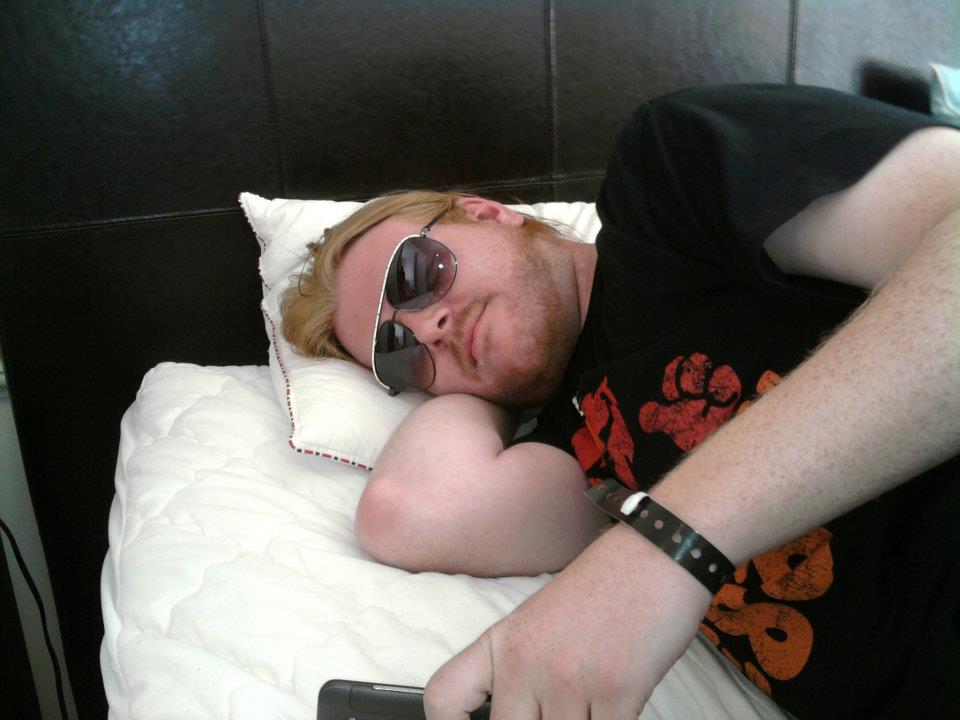 How often do other CCPers find your accent incomprehensible?

Only when they try to talk to me after I have recently talked to RedDawn, Sledgehammer, Terrorshark or Necrogoat. Then I’m usually in full ‘Weegie’ twang. E.g. “That plank’s pure jaggy man, I almost got a crackin’ skelf aff it.” (Note: None of us actually talk like that). CCP Explorer usually asks me for clarification on English idioms, so I can’t be too bad!

If someone were to cut off your ginger mane, would you be sent back to your home dimension?

We come from the space between dimensions. The Void. The Nether. The Nameless Place. The place you tell your children isn’t real, just so that you’ll almost believe it yourself. The place where your socks end up after a drying cycle. We only project ourselves onto this plane, which is why we’re so pale.