CCP Xhagen has worn many hats here at CCP. He's gone from customer support, to research and statistics, to development. One of the longest-tenured members of the company (he received his 10-year sword at Fanfest 2013), he has been one of the more visible members of the team. Quite literally, because he is 197cm tall (that is 6'5" for my fellow Imperial measurers). He was also vital in the creation and running of the Council of Stellar Management, before turning it over to CCP Dolan a little over a year ago. I spoke with him about his role here at CCP and the many different things he's accomplished in his time at the company. 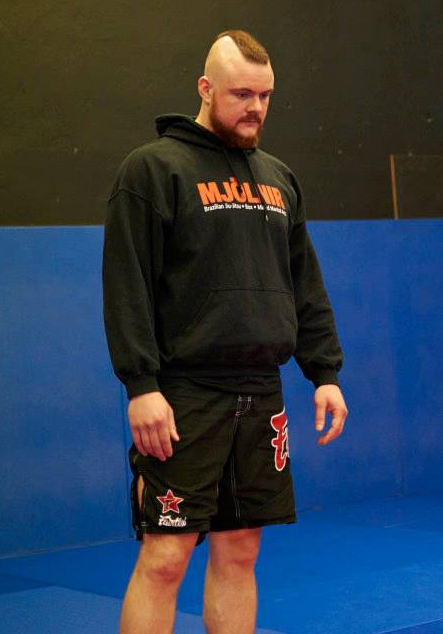 My official title is Associate Producer.

Development of CCP’s products are conducted under the SCRUM methodology and within that framework I am a Product Owner. That means I am responsible for feature discovery and validation (the ‘what’ and ‘why’ of features, the development teams handle the ‘how’). Additionally, I and the other Product Owners make sure that dependencies on other teams or other departments within CCP are both ready and carried out at the appropriate times. And then I need to communicate the plans and current status of things ‘upwards’ to the Senior Producer and the Development Director and ‘sideways’ to marketing and the community people.

Are you excited to the move away from expansions to 10 releases for EVE? How do you think it’ll change your job?

Yes, I fully support the move from two expansions to ten releases for EVE. Both does it make more sense when it comes to develop software and it will also make my job a bit easier, different but easier. I just know that we will be able to push out stuff we’ve been working on much faster and then react to feedback even quicker, making this a win-win situation for everyone!

Having been at CCP for almost 11 years (my first day was May 6th, 2003 – the day EVE Online opened for business) most of my adult work experience comes from CCP. Here I’ve been a Game Master, Senior Game Master, Researcher, Senior Researcher and now an Associate Producer. Before CCP I was at school and working along with that as a farmworker for several summers, hardware store clerk, bouncer and a bartender. I was also fortunate enough to be allowed to work part-time at CCP while I did my University studies.

Having once managed the CSM, how much did you laugh maniacally once Dolan took it over full time?

I cried, I cried every time. Both for Dolan’s soul and for the relief I felt. Then I got drunk because I couldn’t handle all those emotions.

I think the first time I installed EVE was in later 2002, during the beta. I honestly don’t recall what I did back then, it was probably a mix of PvP and PvE as time allowed.

A friend of mine was the first Game Master for EVE, GM Wyrm, back in 2002. He was tasked with hiring more people and he poked me and told me to apply. Proving that I was computer literate, knew EVE, could read and write English and played computer games was not very difficult.

My two favorite parts are the other people that work at CCP. Most of them are scary intelligent and you need to constantly keep yourself on your intellectual-toes. The other part is that if you get a good idea you do get the wiggle room, during work hours, to develop it further and then try and sell it. The CSM, Time Dilation and Valkyrie are examples of things that were born in such a manner. 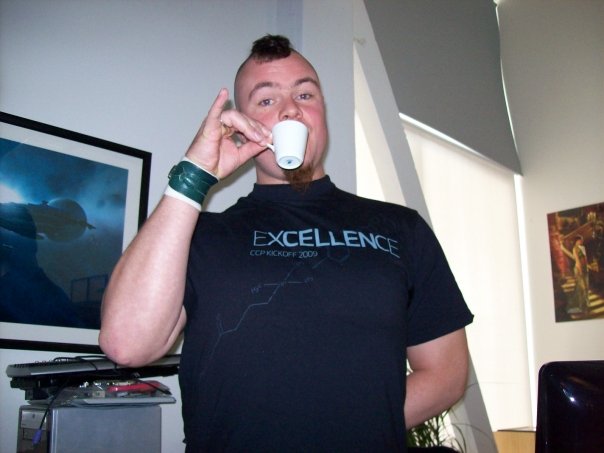 I haven’t run into any misconception about what I personally do. In general, developing software (of any kind) is a pretty time consuming effort and once we have a product like EVE, that has to account for technical debt, player history and traditions, lore and backstory, CCP’s business, etc. the complexity level of getting things done can get very high.

You mean besides having a wife and child, training MMA and Brazilian Jiu Jitsu, reading books, playing computer games and hang out with friends? I wouldn’t mind being a musician, I do have some education in playing a classical guitar, but I kind of bumped that down to my list of things that I will do when I turn 60.

Is there anyone in the office who could beat you in an MMA fight?

There are one or two who could offer some resistance, mostly some old dudes that have trained karate and then some BJJ, but I’m confident that I could take them out. 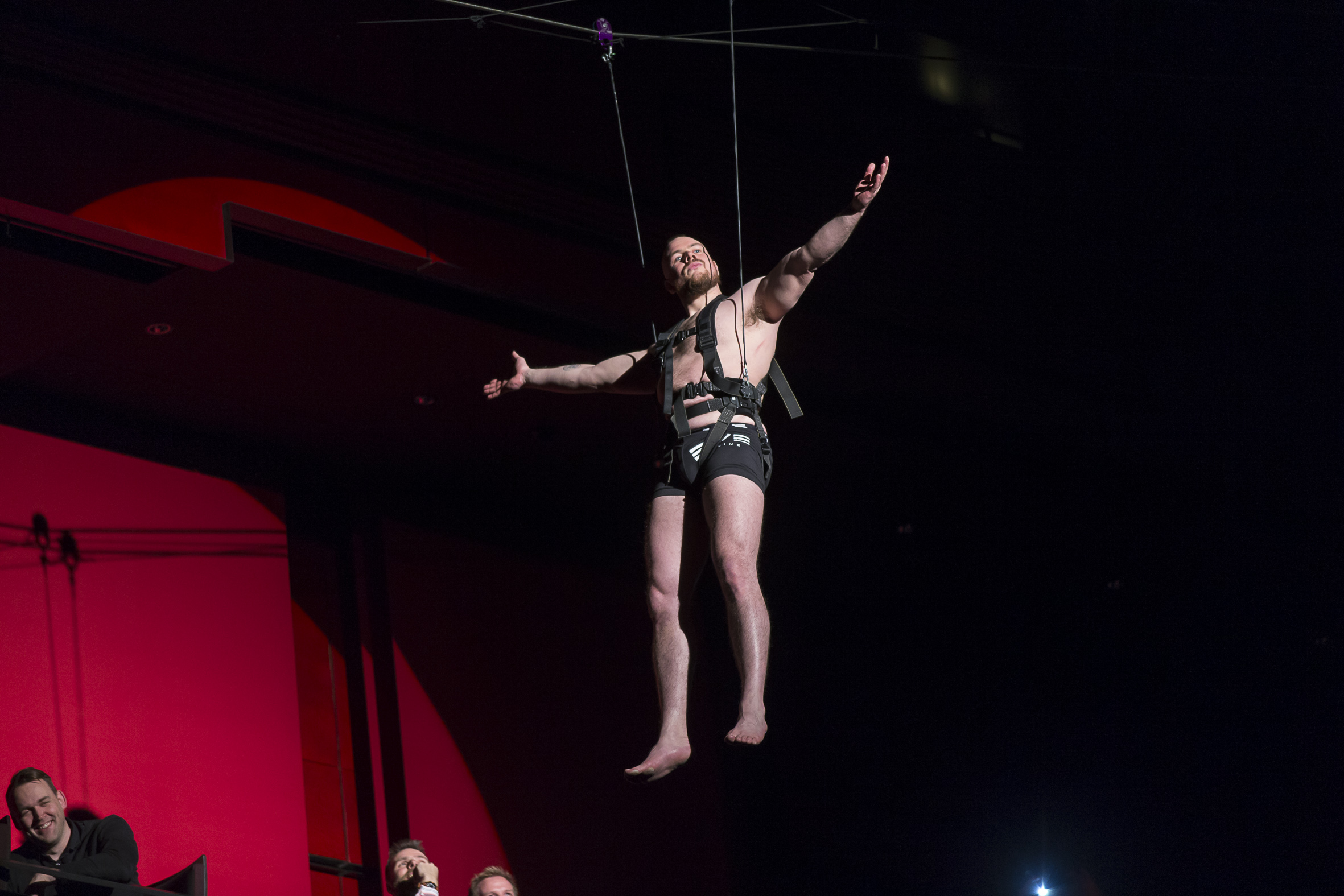 You got to fight Gunnar Nelson at Fanfest as the “secret weapon”. What was that experience like?

It was amazing to be a part of this production. While I and Gunnar are no strangers, it is always fun to be reminded of why he is a professional fighter and I’m not. Aside from the fight, I got to zip in across the auditorium. I believe I’m the first person to do so in front of an audience!

Outside of the fight, how did you enjoy Fanfest?

I had decided to let the ‘young’ people be in charge for this Fanfest, so I had more time to walk around Harpa and talk to people. So my Fanfest was rather relaxed and very good with lots of informal talking.

What was more painful, being put into a submission hold by Gunnar or having to deal with the CSM every day?

Well, I’d say it is easier to be submitted by Gunnar than having to deal with the CSM. I’d also say that if I had been allowed to use submissions on the CSM it would have been much more fun than it was, but as the creator of the CSM I couldn’t allow submissions on them as they might misunderstand the gesture. To get back on track with the question though, neither was painful; one was uncomfortable while the other was an exercise in patience – I’ll let you, my dear reader, decipher which one is which.

I’m actually a very shy person. And talking on the phone to a stranger is one of the most difficult things I do.

When in your life did you decide to transform yourself into a Street Fighter character?

Zangief has always been a person that I’ve looked up to. I just didn’t realize it consciously until just a few years ago that I was trying to be him. I still have a lot of work to do, but at least I have the hairdo nailed down!