"If I have an unstoppable super weapon, I will use it as early and as often as possible instead of keeping it in reserve." - Evil Overlord Rule #40

It began over four years ago with the Dreadnaughts; massive engines of destruction designed to engage the starbases released in the Exodus expansion and the Outposts of Cold War.  Then came Red Moon Rising and the advent of Carriers, Motherships and Titans.

When capital ships were first introduced, the Alliances of EVE were just beginning to expand into nullsec.  The sight of more than a few capital ships in one place was a newsworthy event.  The first Motherships were near-mythical beasts, used by ruthless pirate corporations and powerful PvP alliances, able to stand against and destroy entire fleets nearly single handedly.  The mere suspicion of an alliance even building a Titan was enough to spawn epic battles and wars whose legends live on to this day.

Over the last couple of years, both the size of capital fleets and the use of capital warships has grown at an exponential rate. "Hot Dropping" has shifted from being something done to decide the fate of a war to becoming a blood sport that major alliances play with each other, with dozens of capital wrecks littering the battlefield after such engagements.  Factional Warfare even sees regular use of Carriers and Dreadnaughts.

With the current number of active capital ships on Tranquility, they can no longer be looked upon as tools of the elite.  This evolution of warfare has made it apparent that capital engagements are not some random occurrence anymore but simply another level of combat in EVE.  Some of these ships have withstood the test of time better than others.  So, now we're going to walk through the various classes of PvP capital ships and explain how we see them fitting into Dominion and beyond.  Traditionally, we would start from the bottom and go up, but I'm not traditional.

The most dramatic change to Titans will be the removal of the current area of effect, grid smashing, lag generating, fun killing, fleet destroying super weapon.  It's gone, folks!  In its place will be the first of what we hope to be a new line of mutually exclusive super weapons, usable only by Titans. The first of these will debut in Dominion and will keep the names of their grid-wide predecessors but will now focus their destructive energies upon single targets.  (Insert Admiral Ackbar quotes as you please!)

To illustrate what we are talking about here, let me share the early concept art for the new Amarr super weapon: 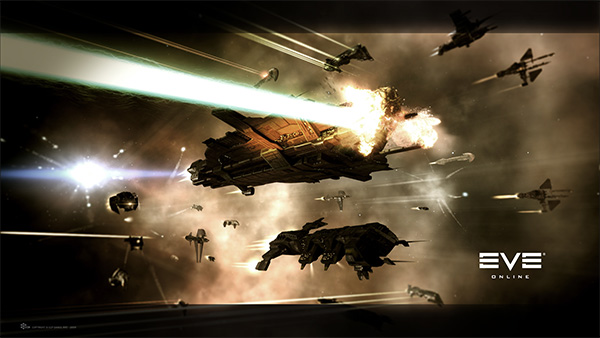 There is nothing fancy about this. You will have to warp your titan on grid and actually target an enemy ship to ruin his day.  You won't be killing other supercapitals in one shot, but very little else is going to survive.  The weapon has drawbacks that are designed to prevent the Doomsday drive-bys of the present, but you'll find a couple more changes which might encourage you to stick around a bit longer than before.

First up is that the current weapon bonuses on Titans will get just a tiny bit of an enhancement so that the turret locators actually might get used. This damage will vary with fittings, just as with any other ship, but will certainly enable a Titan to make its presence felt if the pilot so chooses.

Second, to ensure that you don't instantly melt and can survive more than a minute on the modern EVE capital battlefield, we will be giving Titans a respectable hit point increase.  This will not render Titans invulnerable to assault, but it should allow allied forces time to properly assist them after someone says, "Hey, watch this!" on voice comms and gets in trouble.

The future of this ship class is not set in stone and as EVE continues to evolve they may find even more roles to play.  For now, we consider these changes to be a step forward in bringing Titans closer to being an actual ship instead of the giant nano-smart bombs they have become.  However, Titans won't be alone in dealing with the capital fleets of EVE...

Perhaps no ships in EVE symbolize the majesty of the game more than the Nyx, Wyvern, Aeon and Hel.  Featured in dozens of player-made movies, official trailers and screenshots, it is a sad testimony that their presence has not been a factor on the capital battlefields of EVE for quite some time.  The simple fact is that this class of ship now stays mostly parked on trained alts and is rarely used as they are nothing more than expensive targets for hungry legions of Dread pilots.

Motherships are being reclassified as Supercarriers. The name of ‘Mothership' has long caused confusion as to what the intended role of these ships was supposed to be but we are finally putting that to rest.  This refocusing will see these ships go through a few changes.  Gone will be:

·         The ability for Supercarriers to fit Triage modules.

·         The ability for Supercarriers to fit one additional Warfare Link per level.

One side effect of this change is that the build cost for Supercarriers will go down slightly as they will no longer require the Capital Clone Vat Bay components.

What are they getting? In addition to receiving their own hit point boost, Supercarriers are going to get new teeth in the form of the deadly new Fighter Bombers they can launch.  Fighter Bombers have exactly one purpose: to destroy capital ships and look very cool while doing so.  Here is the Gallente version: 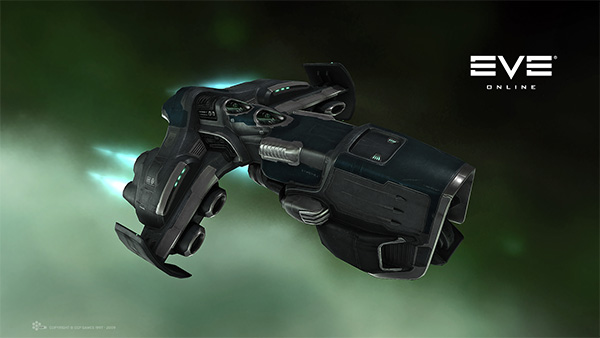 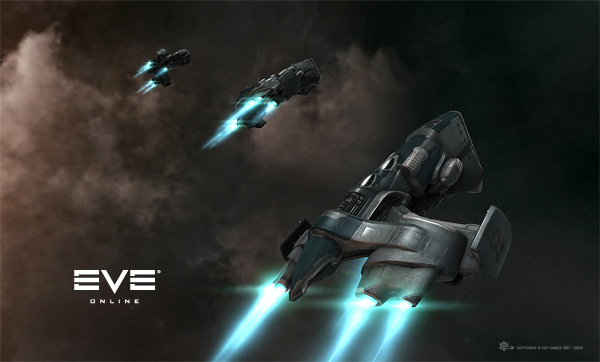 Fighter Bombers will be unique to the Supercarrier class, launching specialized torpedoes capable of inflicting immense damage against other capital ships. We are still looking at a few other ideas that will help Supercarriers do their jobs more effectively and you may see those popping up on SiSi in the coming weeks.

One more thing - the Hel is getting rid of its current repair bonuses and trading them in for bonuses that enhance the endurance of its Fighters and Fighter Bombers.  I guess the Flight Deck Chiefs on Hels like duct taping spare bits of armor onto their strike craft or something...

While we are still looking for possible ways to tweak them, Carriers as a class will remain unchanged in Dominion.  We have however reduced both the duration and fuel consumption of the Triage module by half in order to allow a bit more tactical flexibility in their usage.

The heavy hitters of New Eden will continue in their role as the primary anti-structure and anti-capital ship in EVE.  Since my blog last week, many have expressed worry that their beloved Dreads would have a reduced purpose in Dominion.  This is not true.  If anything, Dreads will be used more than ever against not only each other, but new challenges which will require the mentality to "Siege green!"

Dreads will remain unchanged with one small exception - the Moros will only receive its drone damage bonus if it is in siege mode.

We are also working hard to bring the next iteration of our ‘bay' concept into Dominion in the form of Fighter / Fighter Bomber bays for Carriers and Supercarriers.  This will allow you to better organize and separate your primary strike craft from your regular drones.  In addition to allowing us to better balance the numbers of drones that these classes of ships carry around with them, we are also doing this for performance reasons.  The server does not like it when Supercarriers have 1500 spare Hobgoblin II's in their drone bays and making the server happy is always a good thing.

Will there ever be more capital ships?

Not in Dominion.  The biggest issues with creating new capital ships involve both finding a defined role for them to fill and then devoting the considerable art and design resources needed to bring such massive ships to life.  As EVE continues to evolve, we will be on the lookout for ways to possibly expand the capital ship lineup.  After all, something has to wear the tag of Mothership again at some point!

To close, please be aware that we are planning some special events on SiSi in the near future to live test all of this stuff, so be on the lookout for announcements in the Test Server Feedback forum!