I´m a huge believer in players meeting face to face as well as in the depths of space. Having been to dozens of player gatherings, I've witnessed corps being formed, pilots finding new friends to fly with, and even seen wars igniting over a bit of beer-fueled banter! Real life encounters, apart from just being a lot of fun, are content catalysts for the EVE universe (so it's pretty cool that we're seeing a constant rise in the number of world-wide gatherings!).

EVE Vegas, organized by the pilot known as Zapawork, is currently the leading player run EVE gathering, running year after year, spanning multiple days and consisting of everything from roundtables and presentations, to raucous pub crawls and swanky night club parties in the party capital of the world. That's why CCP has made sure to have representitives at previous events, and why we are now taking a bigger step and putting a lot more of our weight behind the event than we've ever done for any player run event before. EVE Vegas deserves it and a lot more of you deserve to experience EVE Vegas!

This year's event will be held October 18-20 at the Rio Hotel and Casino, and It's time to highlight some of the things that we have in store for those who join us:

Eigth different speakers with topics covering EVE,  DUST 514 and Valkyrie, including details about the EVE winter expansion and the future of the EVE Universe (precise topics to be announced soon).

EVE Vegas' specialty has been offering an equal number of player presentations to CCP ones,  giving you insight into the minds of the most capable and interesting masters of our universe. This year is no exception and you should keep your eyes on the EVE Vegas Facebook page for updates about this year's speakers.

Les Johnson is a scientist, an author of both science fiction and popular science books, and the Deputy Manager of NASA's Advanced Concepts Office at the Marshall Space Flight Center. In his presentation titled 'Going Interstellar',  Les will discuss how mankind might someday visit and settle other habitable planets - using technologies that don't violate the known laws of physics.

Developers will sit down with attendees and discuss a variety of topics in a relaxed environment; a chance to learn and to plant your ideas in a dev´s brain. A list of planned roundtable topics will be made available at a later date.

That's right! By going to EVE Vegas, you will get the exclusive opportunity to play around with the latest version of EVE Valkyrie in full virtual reality over the course of two days. EVE Valkyrie, the virtual reality dog fighting game set in the EVE Universe, is set to release in 2014 but has already won multiple awards at trade shows, dazzling the gaming press as well as the relatively few who have been lucky enough to try it out so far. To highlight just how exclusive this opportunity is, this will most likely be your only chance to try Valkyrie this winter,  and the HD headsets we've secured will offer twice the resolution anyone else has experienced before. 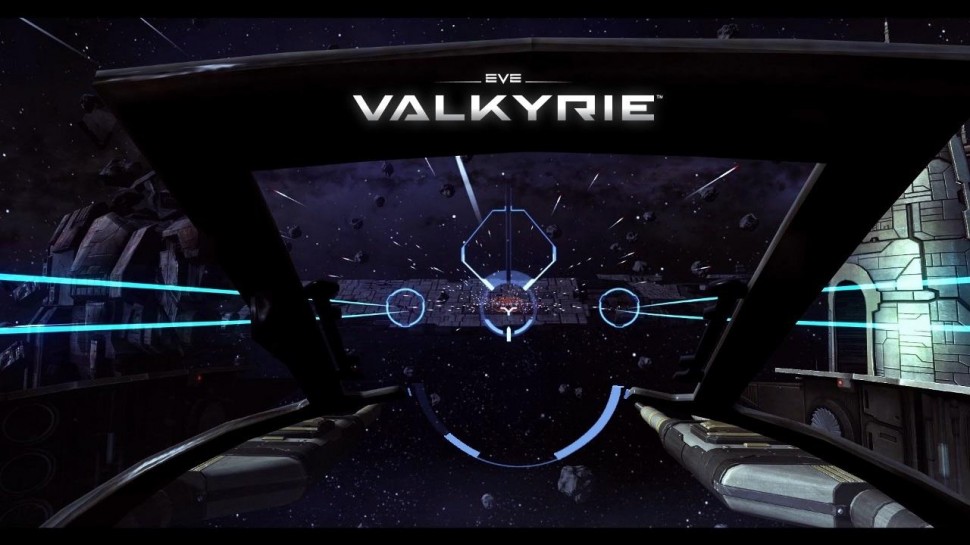 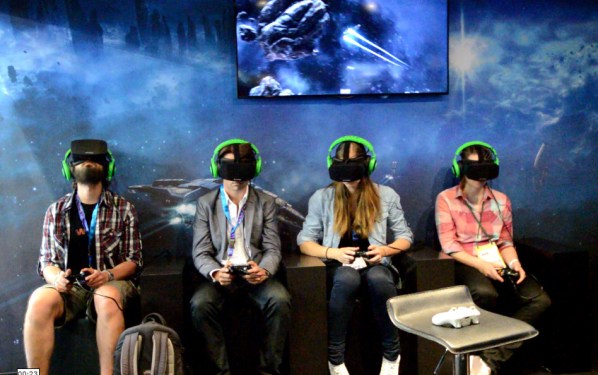 For the first time, we are bringing tons of computers and people to EVE Vegas to offer tournaments for both EVE and DUST 514, as well as free streaming of all presentations. We'll aim for the fun and casual tournament format of Sit n go's normally used for poker so people can wander in and out with minimal preparation...while still offering all kinds of glistening prizes both from CCP and our tournament sponsors for this year's EVE Vegas, Somer Blink and Steel Series.

Everyone who participates in the EVE part of the tournament gets 200 million Blink Credits and winners of the single match tournament will get a PLEX and a billion Blink Credits. The los...non-winners will have to go back in line and try their luck again. Steel Series gear can be earned by the hardiest of competitors...

Winners of DUST 514 matches will receive a bundle of aurum, boosters, weapons, dropsuits and other useful in-game items.

The Tournament & Streaming crew will consist of the following devs:

Additionally the following bunch of cool bros will be at EVE Vegas to run events, press schedules and of course to hang out with all of you.

This year's pub crawl will be fancier than ever with chauffeuring between the exceptionally nice bars and clubs, as well as complimentary drinks at all stops. Tickets will be sold seperately for the pub crawl (and can be purchased HERE) but if you wish to spend your evening on a different activity, Vegas has everything the heart desires along with a lot of things you probably didn't even know existed in this world.

Saturday evening, the traditional EVE Vegas party will be held in its most luxurious venue yet, the Voodoo Rooftop Night Club at the Rio. Included in your EVE Vegas ticket are three hours of free drinks and food at the Saturday party. This is the perfect chance to mingle with devs and players alike before the night takes us all. 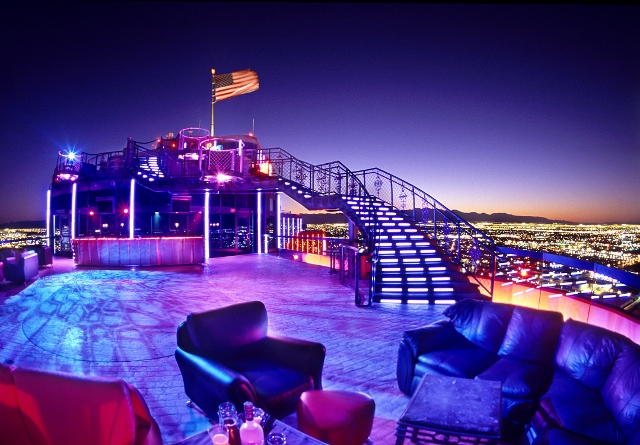 As a special gift from CCP, the first 500 pilots to warp through the door will get one each of the few remaining original, solid resin-cast, battleship models, discontinued for some time now and unavailable anywhere else. Originally sold for around $124 each, these beautiful models are now included in your EVE Vegas ticket...available for cash or PLEX

Additionally attendees will receive the following:

And who knows what more...

This is simply not something to miss! See you there!