With EVE Vegas fast approaching, we're happy to announce a little about what you'll be able to find in the EVE Store at Planet Hollywood during the event, and a couple of efforts that we'll be running during the event for charitable causes!

Firstly, we'd like to share the finalized schedule with you all, which includes a whole host of roundtables and presentations by both players and developers alike. You can find it below in it's raw form as an image, and you can also take a look at the web version here! 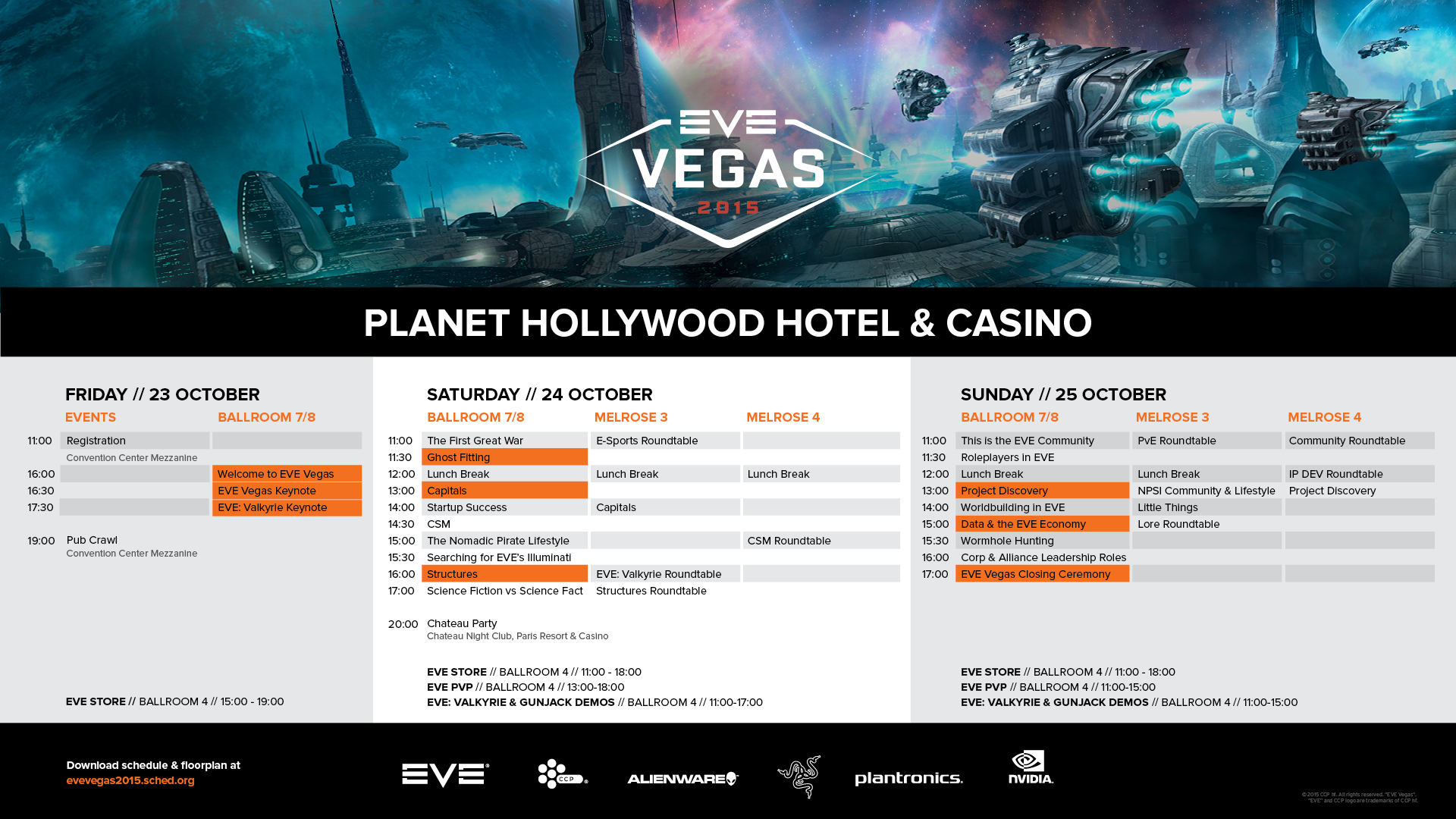 (What is this, a schedule for ants??! Click to enlarge!)

There'll be a number of announcements regarding Capital Ships, Citadels, and features and content that are coming in Winter 2015 and Spring 2016, so be sure to come along to all the sessions you can make it to, and check out our youtube channel for recordings of all the key sessions if you can't make it to Vegas!

Now over to CCP Spitfire to see what new merchandise he's been cooking up for EVE Vegas 2015. 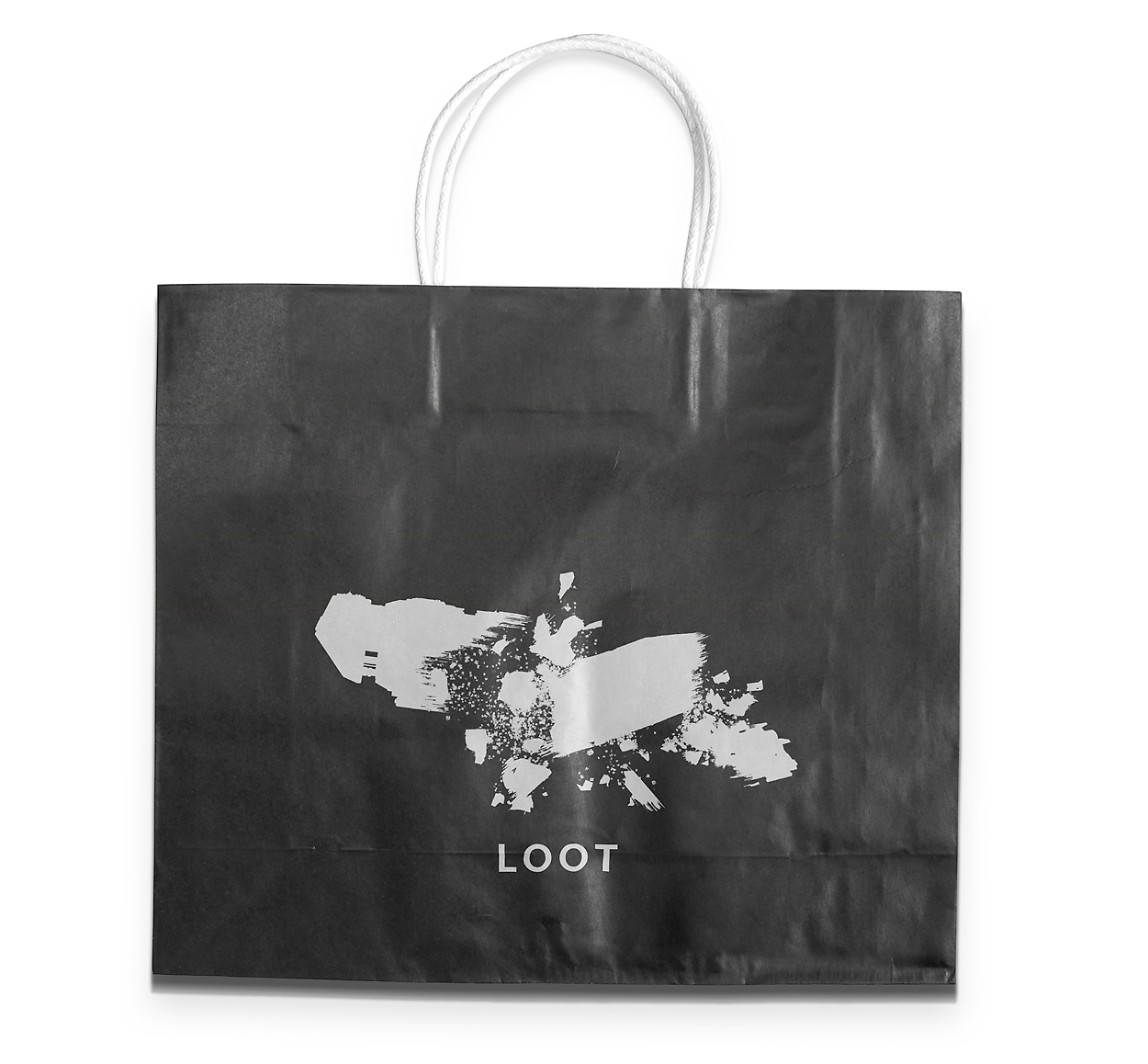 The EVE Vegas store returns! This year, we are bringing back everyone’s favourite EVE classics, but also adding some brand new things. We partnered with DPI Promo to create a new selection of player-inspired merchandise, and aim to offer it online to everyone in the nearest future.

Here is what you can expect at EVE Vegas: 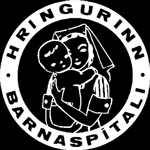 As some of you might remember from Fanfest 2015, we auctioned 10 former server blades from Tranquility as part of the silent auction, in support of the Icelandic Children's Hospital. Each of these blades eventually sold at auction for very healthy prices, some in excess of $500 US.

Given that some of our US players can't make it across the pond for Fanfest, there were a number of requests from the community that we bring some to Vegas for an auction. Well, we're  bringing 5 over for EVE Vegas 2015, and you'll be able to bid on them exclusively at the event in support of the Icelandic Children's Hospital, with all cash raised going toward the EVE Community's fund to buy new equipment for the hospital.

Please bear in mind that we won't be able to accept cash for this auction, as payments will be taken through the EVE Store's payment system, so only credit and debit cards will be able to be used for payment. 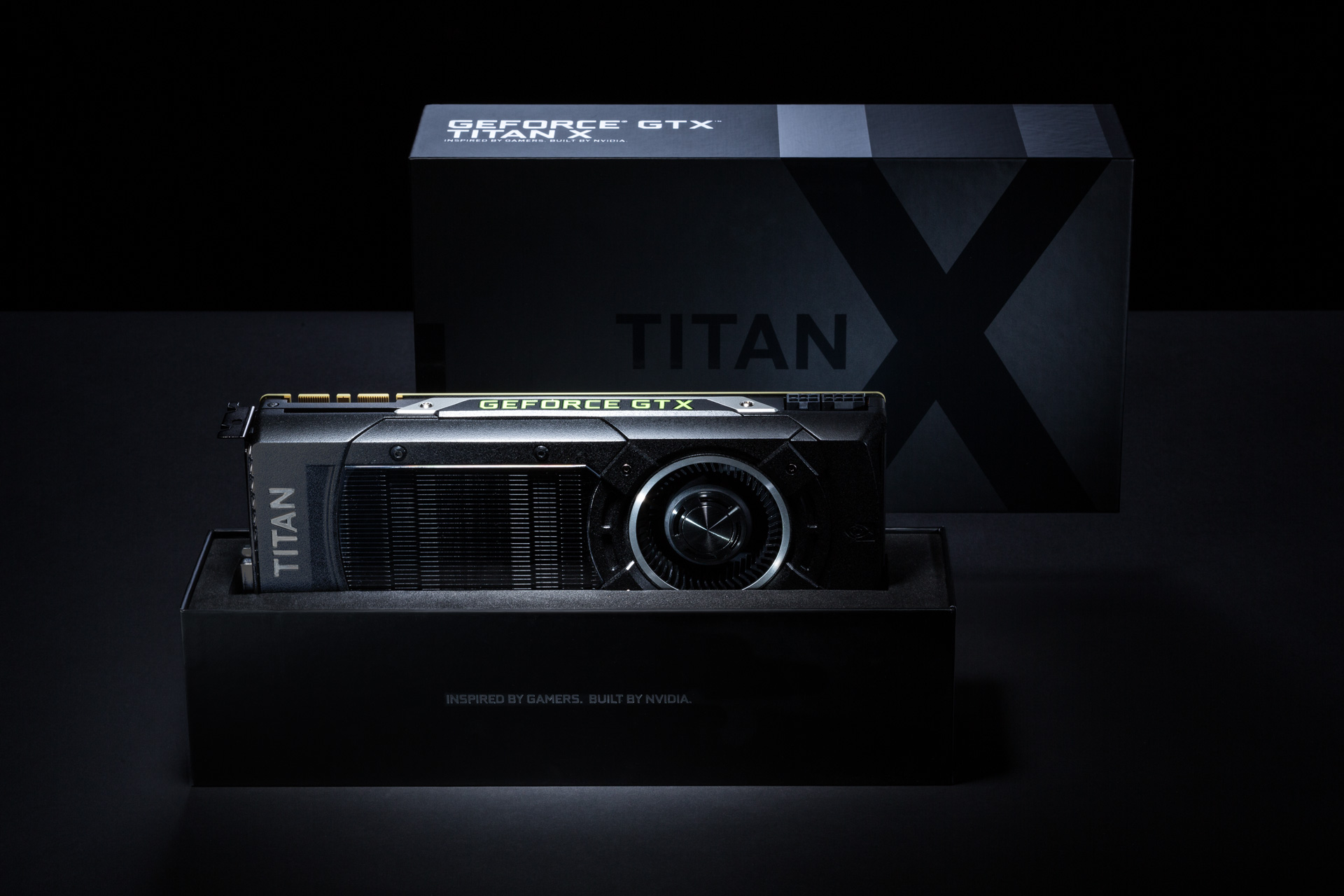 We’re happy to announce that as part of the celebrations at EVE Vegas, our fantastic partners at Nvidia have gifted us a Titan X Graphics card.

This is the amazing Flagship card from Nvidia, with 12GB of GDDR5 VRAM and insane performance.

The EVE Community is of course known for its charitable nature and as such, we thought that we’d use this opportunity to assist a good cause with a little bit of a competition and giveaway at EVE Vegas 2015.

In support of the fantastic work of Child’s Play, a specialized charity that seeks to improve the lives of children in hospitals and shelters across the world, using the generosity and kindness of the video games industry and power of its players across the globe, we’d like to offer all EVE Vegas attendees a chance to win this amazing piece of hardware, while also supporting a worthwhile and important cause.

So, come try out EVE: Valkyrie while you’re at EVE Vegas, make a donation if you like, and be in with a chance to take home what is arguably the most powerful graphics in the universe.

Here’s how it works!

Please bear in mind that we won't be able to accept card payments for donations for this giveaway, as payments will be taken seperately from the EVE Store's payment system. Only cash will be able to be used for donations to Child's Play.

Of course this wouldn’t be a real contest without more rules and legal stuff (the lawyers made me do it, I’m sorry!), so make sure you read these terms if you want to enter:

If you haven't already secured your ticket for EVE Vegas and the EVE VEgas Pub Crawl then be sure to do so as soon as you can, there's only a few left before we sell out!

Looking forward to seeing you all there, and raising a glass!