No doubt some of you are still recovering from the festivities of Fanfest 2015, I know for sure that I am!

With this year’s Party At The Top Of The World upon us and Fanfest drawing to a close, we must now look to the future and the many more years of glorious internet spaceships shenanigans ahead of us. With this in mind, CCP Curtis has once again retired to his secret volcano lair beneath the frozen wastes of Iceland to begin plotting an even bigger, better and badder Fanfest for 2016 from April 21st to 23rd.

As has just been announced at the Fanfest 2015 closing ceremony, tickets for Fanfest 2016 are now on sale!

You can pick them up by visiting our Eventbrite site here!

We’ve been trying out Eventbrite for some of our gatherings and events in the past (including EVE Vegas and EVE Paris) and we’d like to switch to using this service as our ticketing portal for all events going forward, given how well it’s been working so far.

The in-house ticketing system that we’ve used for Fanfest in previous years is not as robust as we’d like it to be, and by using Eventbrite going forward we free up the manpower of having to maintain an old system so that our web developers can spend their time more productively to bring more functional tools and webpages to you all.

The use of Eventbrite also gives us a more fluid toolset to work with, including real time tracking of ticket sales and the ability to be more responsive with the community when dealing with ticket sales, including being able to directly message all ticket buyers based on a whole host of filters, as well as offering solid mobile support for ticket sales.

What about buying tickets for PLEX?

As such, we won’t be supporting dual ticketing going forward via Eventbrite.

We will however be announcing a special PLEX ticket sale for EVE Fanfest 2016 that will allow those who want to use PLEX as payment method  a chance purchase ticket for PLEX for a limited time. There’ll be more details to come on the Fanfest 2016 ticket sales for PLEX in a future Devblog, and we’ll be sure to message as widely as possible so that players don’t miss out on the opportunity to purchase for PLEX.

Keep your eyes peeled and riveted to the Devblogs feed for more information. 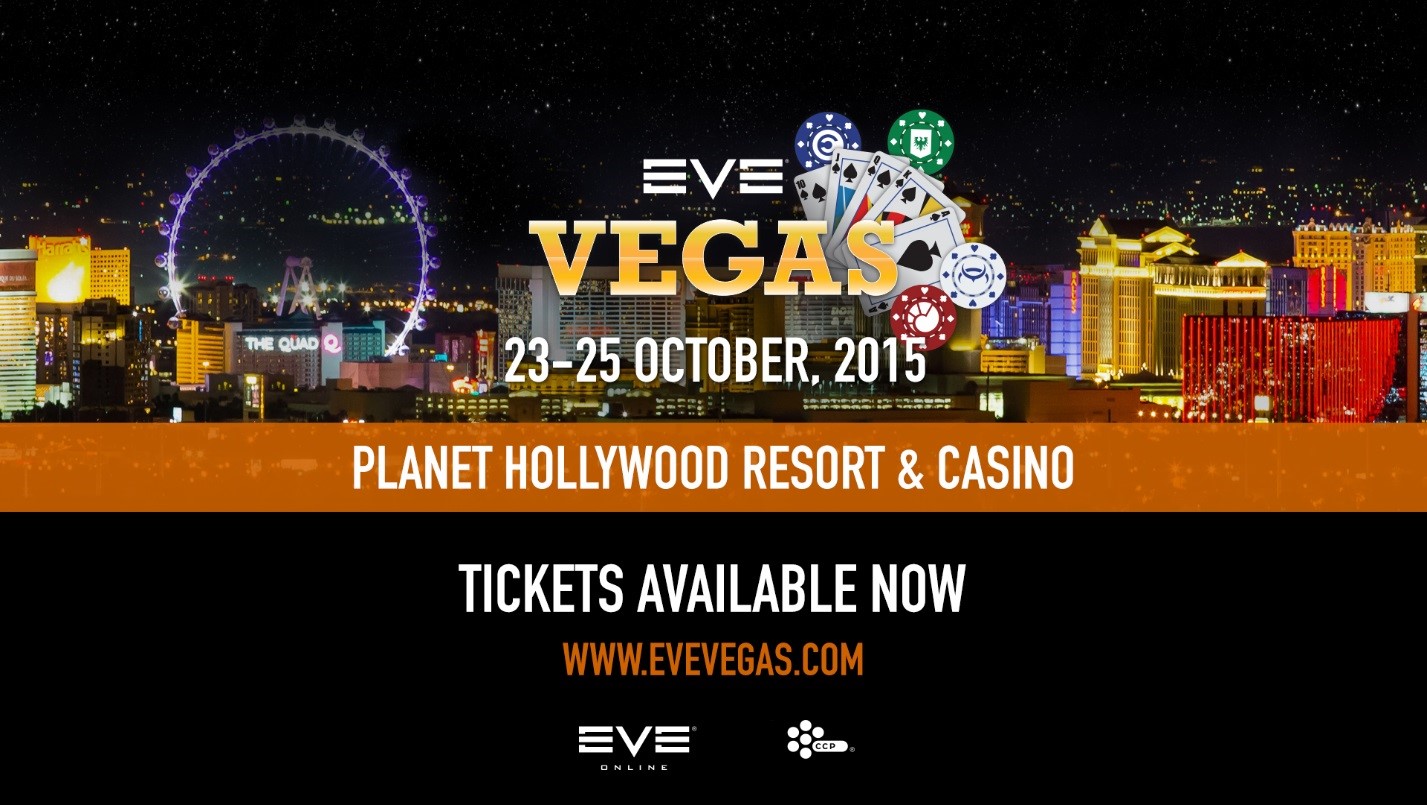 The dates have been announced at the Fanfest 2015 Closing Ceremony and tickets are now on sale! You can click the banner above to go directly to the EVE Vegas website, learn more, and pick up your tickets.

Staged at the Planet Hollywood Resort & Casino and packed with player and developer presentations, this is an EVE themed party like no other that you don’t want to miss out on!

Last year EVE Vegas was sold out for the first time. We are preparing for an even bigger event this year, with this celebration right on the Las Vegas Strip set to be the largest event that CCP has hosted in North America. Ticket sales are now open via Eventbrite, and you can pick them up from the EVE Vegas website.

Grab your tickets for Fanfest 2016 today, and make sure that you’re here to celebrate all things New Eden with us at next year’s event.

o7, pilots… see you on the flip side! (hopefully!)