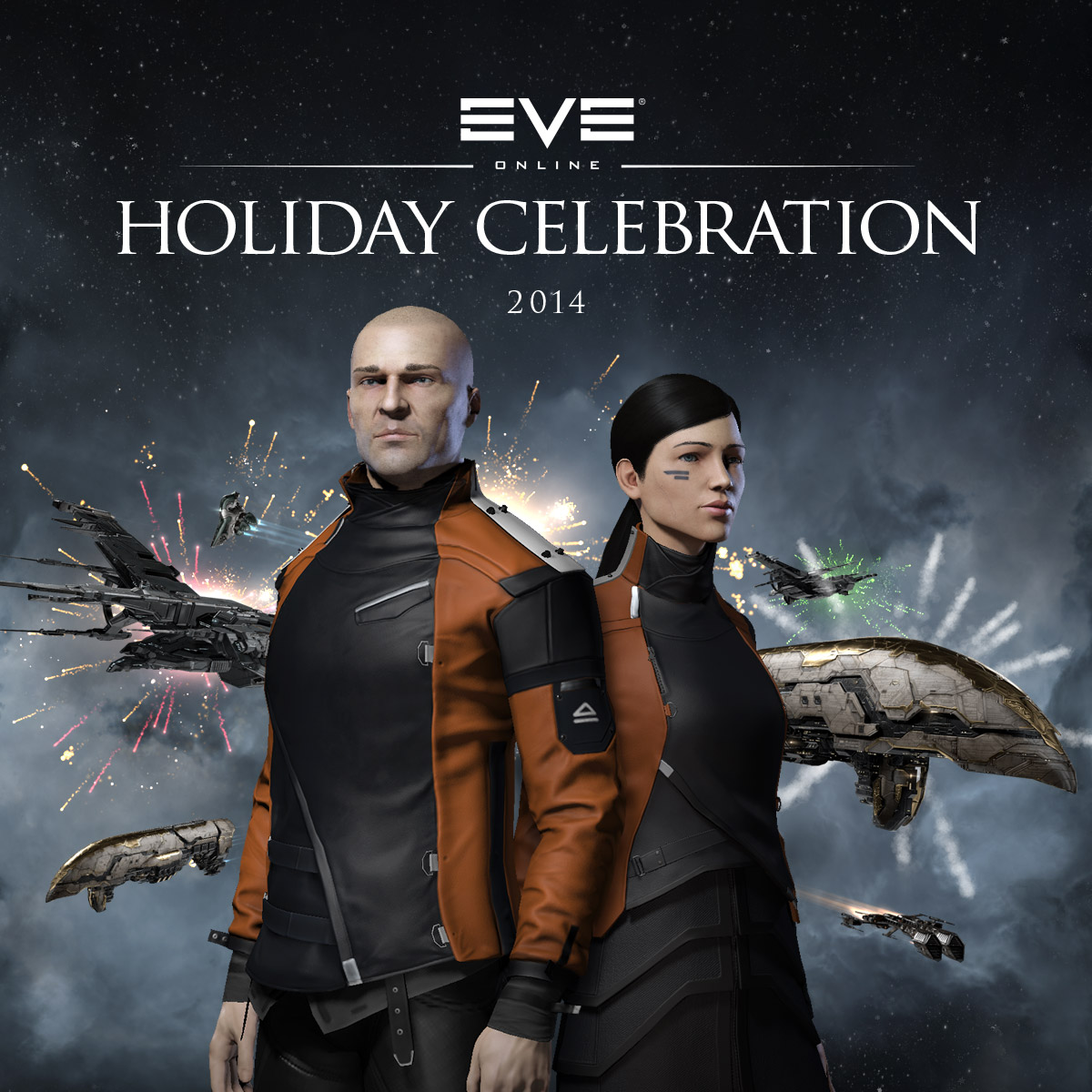 Once again it’s that time of the year and holiday season is upon us!

As 2014 draws to a close, a look back over the events of the previous twelve months makes it very easy to see that this has been another amazing year for the EVE community.

From the surprise success of The Camel Empire in Alliance Tournament XII (and their beautiful EVE TV advertisements), to the immortalization of a renowned piece of EVE history as the first volume of EVE: True Stories, the colossal Bloodbath of B-R5RB, Warlords of the Deep taking the New Eden Open II champion’s trophy and an ongoing series of large scale battles in HED-GP throughout the year, 2014 has been memorable for capsuleers across the cluster.

However, the last year hasn’t been all about destruction. Ending 2013 on a high note after the EVE community raised a staggering amount for the Icelandic Red Cross, this year has been a year of change for both EVE and the Community.

An amazing Fanfest at the start of May, followed up by player gatherings hosted across the globe in cities including London, Cologne, Toronto, Perth, Vancouver, Austin, San Fransisco, Boston, Osaka, Glasgow, Dallas, Tokyo and many more has seen EVE players come together on more occasions than ever before to celebrate their achievements (and in some instances, rivalries) in New Eden. We also saw the beginning of an amazing new event in the form of EVE_NT hosted in Nottingham, UK which is set for a return in February 2015.

Combined with the switch to a 5-6 week release cadence for EVE, 2014 has been one of the fastest paced years in recent memory, brimming with content from our amazing community. After watching such outstanding feats both in and our of game, we felt compelled to make "This is EVE" as a tribute to the tenacity and creativity of the EVE Community. Unexpectedly, you all repaid those efforts exponentially by taking thousands of new players under your wings and teaching both the art of war, and the value of the greatest ship in EVE, friendship.

As we draw toward the end of the year we’ve also seen the return of EVE Down Under, the legendary gathering in Sydney, Australia. As well as this, we've seen the community give even more, assisting Bacchanalian of Rote Kapelle to raise over $16,400 for the Extra Life children’s charity. Then last week, we rounded off the year with the final release of 2014, Rhea, on December 9 as the community started to theorize regarding the sudden appearance of a stellar anomoly among the stars.

As the development pace begins to temporarily slow over the holiday period and your weapons cool off for a well deserved break, we’d like to offer the community our most sincere thanks for another amazing chapter in EVE’s history. As is customary this time of the year, we’d also like to offer a set of holiday gifts in celebration of the season and the amazing journey that we’ve experienced over the course of the last year.

The redeeming system of every paying EVE account has been credited with the following:

In addition to these items, all players will receive twenty holiday trinkets marking some of the more famous (and infamous) events of the last 12 months, and celebrating a number of achievements within the community. Some of our eagle eyed players will have noticed a few of these already, including Chribba's Modified Strip Miner, The Galactic Party Planning Guide, and the infamous SoxFour's Spaceboots.

We hope that you've has as much fun this year as we've had watching you all continue to shape the EVE Universe and make your mark on New Eden.

From all of us at here CCP, to all of you who make up the backbone of New Eden and the most awesome gaming community on Earth, have an amazing holiday season!

Happy Holidays, and best wishes for 2015!