Being the custodians of EVE Online in 2015 is both an amazing and challenging task. In many ways EVE as a game is better than it has ever been, and at the same time it’s clear from listening to you that we still have a lot of work to do.

In this blog, I'll take you through what we have in the works and how you can help us craft a proud future for EVE Online.

Reflections on our vision and the past year

We are investing in a long-term future for EVE Online. 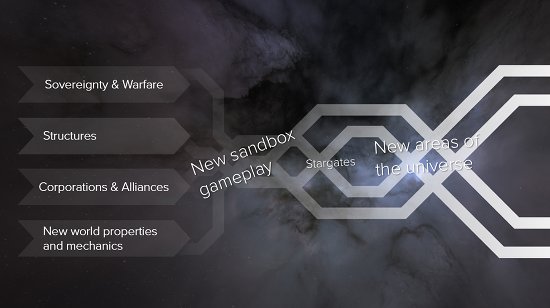 We want an EVE Online where you the players control more of the EVE universe, and where exerting that control provides for conflict, collaboration, cleverness, and reasons to live amongst the stars. We want you to build the market hub in your area of space and make money off it, and then defend it when someone wants to destroy it. We want your alliance to build the industrial headquarters of your coalition in a solar system, and then have the coalition use its military might to protect its assets when enemies attack. We want your home in space to be something you built, not just a place you moved into. We want this to be available on a suitable scale for the most massive coalitions down to the smallest corps of friends and even the lone wolves amongst you. We believe this is the path to bringing you more of the kind of epic conflicts and player driven experiences that are unique to EVE Online. EVE should be a universe where the infrastructure you build and fight over is as player driven and dynamic as the EVE market is now.

Changes like jump fatigue and Aegis sovereignty have an important role on the road to this kind of EVE with more dynamic, human challenges of more sizes, but other big pieces to the puzzle, like our new structures, are still missing.

The new Structures will be our biggest step yet to building player-driven space colonization in EVE from the ground up, and truly put space infrastructure into your hands in an unlimited way. That's why the introduction of them is at the heart of our next expansion.

Yes, I said expansion. We want to give you EVE Online expansions with a more epic feel to them again, but in a new form.

In the summer of 2014, we started delivering updates to EVE in a new way: instead of two expansions per year, we switched to a more rapid way of releasing features, doing about 10 releases per year.

Here's what we’ve liked about releasing updates almost every month:

Here's what we think hasn’t worked so great with this new release cadence:

We have gotten a lot of feedback along these same lines from you players, so we are going to change to a hybrid release model that hopefully brings together the best of both worlds:

So for the most part, we'll continue with the style of releases you have seen since Kronos in 2014. The next two are Vanguard and Parallax, bringing you things like multi-buy, new burner missions, alterations to the new sovereignty system, changes to jump fatigue, and a whole mess of graphical improvements.

But we will also bring back expansions. What's then the difference between a release and an expansion in this hybrid form? First, an expansion will be a set of big, connected features that both make impactful change on EVE, and make a statement about what kind of game EVE is. Second, there won't be a fixed number of them per year, but rather we will announce when we have one in the making and what the main features are. While we will have a timeframe in mind for the release of the expansion and tell you about it, the exact date won’t be pinned down until we are confident that the state of all the connected features are in a good place.

The new Citadel structures will be at the heart of the next expansion. You already know a lot about them from the dev blogs we have been publishing in the last months, but in addition to three sizes of Citadels and all new service modules, the expansion will bring big news and a big role for capital ships. We are hard at work on finalizing all of our plans, and you can expect the full reveal of what the expansion will be at EVE Vegas. 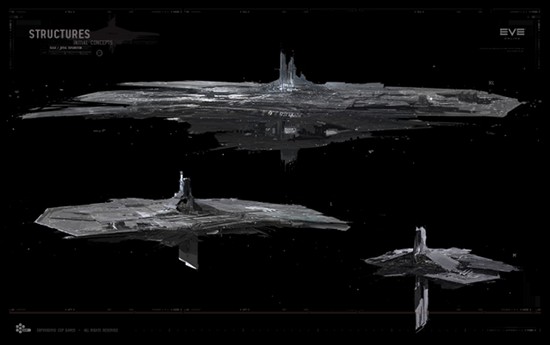 Support the future of EVE Online

If you want to support us in taking EVE to the next level of one-of-a-kind sandbox gameplay, here's what you can do to help:

We will be working with the Council of Stellar Management to do more town halls, sounding boards and dedicated feedback sessions for areas of upcoming change – we are dedicated to working with the EVE community on the next steps for EVE, while doing our part to bring you amazing new things. The CSM has seen some of what we have in the works at the ongoing CSM summit, and we’re really excited to show it to you all in full style at EVE Vegas.

On behalf of the whole EVE team, it's an honor to bring you EVE Online. Together, we are creating the world's largest living work of science fiction.

Fly safe, and see you around more often from now on – I’ll be blogging more regularly as we move ahead on all these changes.