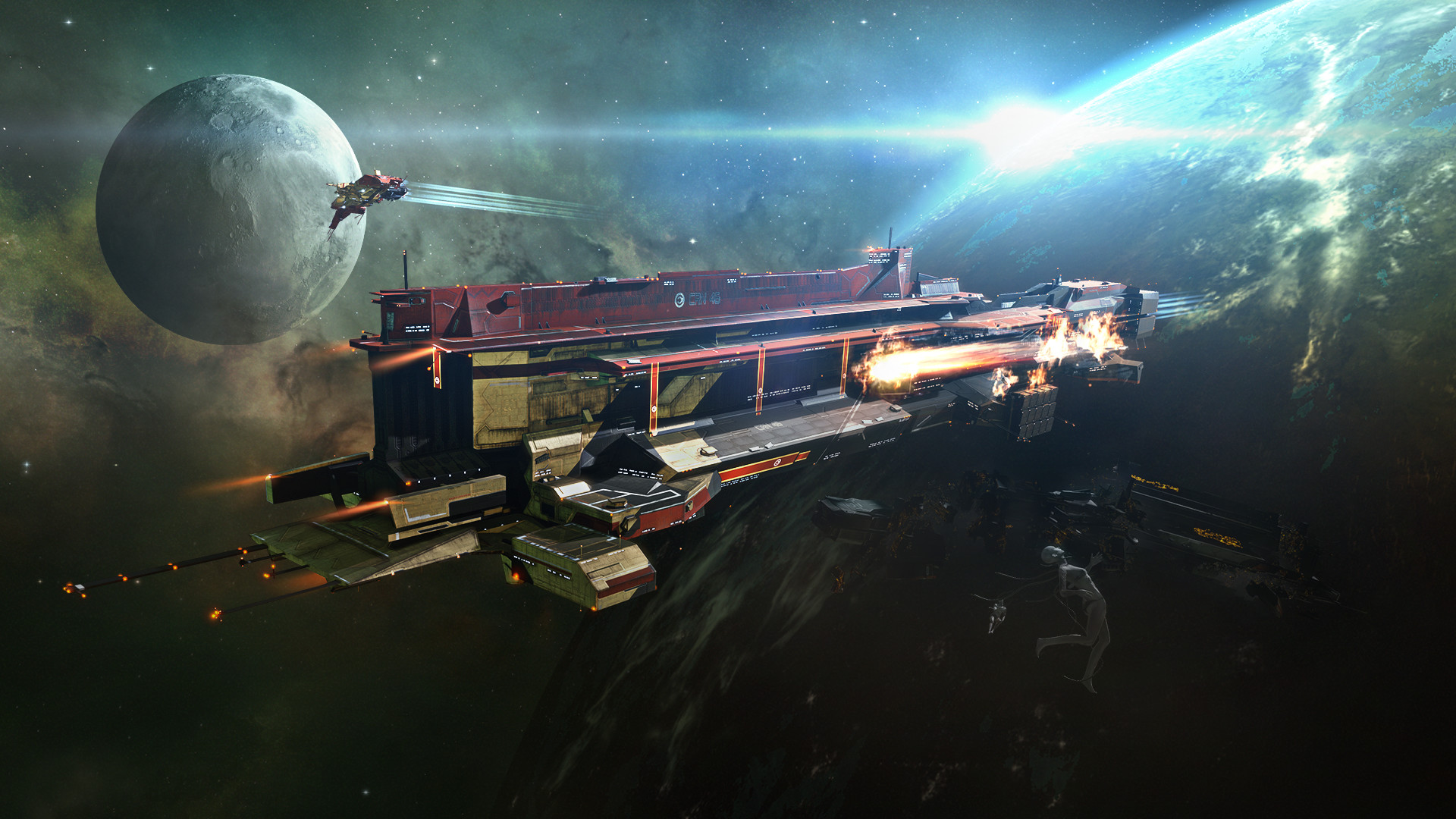 We’re happy to announce that in celebration of Caldari Union Day, a new SKIN is available for one of the most iconic vessels in the State - the Chimera class carrier.

This new SKIN adds unique banners and holograms to the vessel’s hull, as well as a change of lighting colors in honor of the heroic sacrifice made by Admiral Yakiya Tovil-Toba and the crew of the Kairiola, the first Chimera class carrier.

“State "eba ketsi" banners and a unique honor pattern mark the heroic sacrifice of the Kairiola.

Every Caldari child learns the story of Admiral Yakiya Tovil-Toba and the Kairiola, the fighter carrier he commanded during the First Caldari-Gallente War. Viewed as a war of independence by the Caldari, the war established the Caldari State as a power in its own right but was long, bloody, and noted for many sacrifices and heroic acts by Caldari patriots.

At the climax of the first stage of the war, as the Caldari people attempted to breakout of the siege of Caldari Prime, Admiral Tovil-Toba mounted a campaign of misdirection and distraction with a rag-tag fleet led by the Kairiola. When the heavily damaged carrier was the only remaining ship, Tovil-Toba ordered it into a death dive towards the Gallente home world. This act resulted in massive damage and sowed confusion among Gallente forces allowing millions of Caldari to escape.

To this day, Admiral Yakiya Tovil-Toba is considered the paramount national hero of the Caldari State, and he and the crew of the Kairiola are revered for their sacrifice.

Where the Chimera roams, the Caldari remember.”