Hello  EVE pilots. For the past few months we have been working on some big changes to Factional Warfare (FW) for DUST 514. This work for DUST has brought some changes to EVE as well and I am here to share these changes with you. If you play DUST or would like to see all the changes being made you can see them here.

These changes will go live on December 10th, at the same time Uprising 1.7 comes to DUST 514.

As it stands right now in EVE, if you wish to provide an orbital strike it's a pretty passive thing. You go to the location, wait somewhere safe till you get the call, and when told warp to the district, and perform you do the orbital strike, then warp out. Not as engaging an experience we hoped to provide, but a sort of placeholder first step as we introduced the system. This set of changes will hopefully bring us towards a more engaging experience.

The first change is that DUST players no longer earn orbital strikes through accumulating war points. Instead orbital strikes are now up to you capsuleers. Orbital striking as an EVE pilot is easy enough: fit your favorite ship with the proper orbital striking ammunition  (Tactical Laser S, Tactical Hybrid S, Tactical EMP S), warp to the planet district where fighting is occurring, orbit the beacon for three minutes while you begin to get a lock on the battlefield below, and hope no one else notices the district satellite on their overview from anywhere in the system and warps in to ruin your plans.

The best way to find a battle will still be to communicate with DUST players and find out where they are fighting--or yourself if you are "dual-screening". However, this is something we hope to improve upon in the future.

Being Rewarded For Your Efforts

Since we are making you put your orbitally striking ship at a bit more risk, we decided you deserved a bit more in terms of rewards. To start with, if you are part of a militia in Factional Warfare, when you actually complete an orbital strike in the warzone, we will reward you with a tidy sum of 3,000 Loyalty Points (LP) with your militia. This LP will be divided between anyone connected to the district from your militia, with a limit of 10 pilots per side connected at once. The LP is also modified by the Tier of your militia, so  that’s 3,000 LP at Tier 1.

LP is nice, and I am sure that is all the reward you guys want right? Well, even if it's not it is more of a reward than killmails ever would be right? No one in their right mind would hold a killmail more valuble than something that can actually be traded for ISK…. Right?!

Well just in case some of you find value in killmails we have gone ahead and added them for orbital strikes that result in destruction and/or casualties. These will be generated when firing on both Faction Warfare and Planetary Conquest battles. 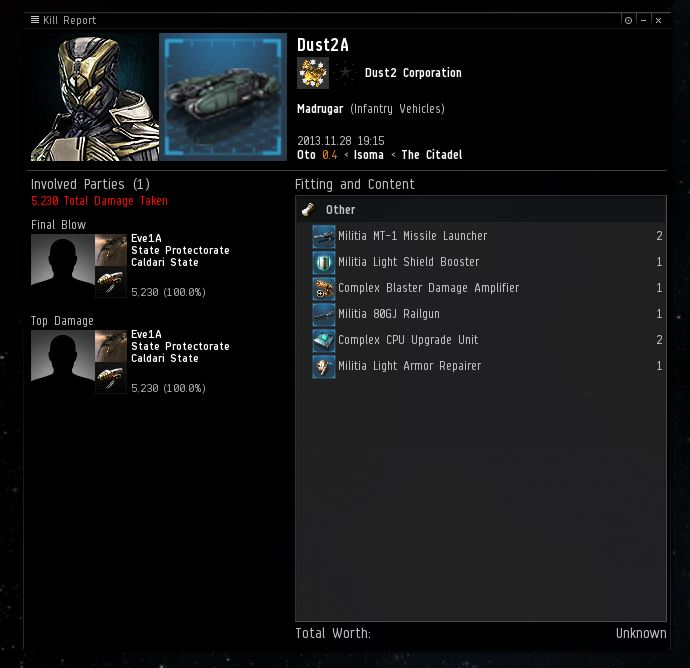 When an EVE pilot connects to a district they will also now be added to the team text chat  and can join the team voice chat if they wish allowing for better communication between EVE and DUST players. The team text and voice chat has all the DUST players for your side in that match in it. See this screenshot for an example of how this will look: 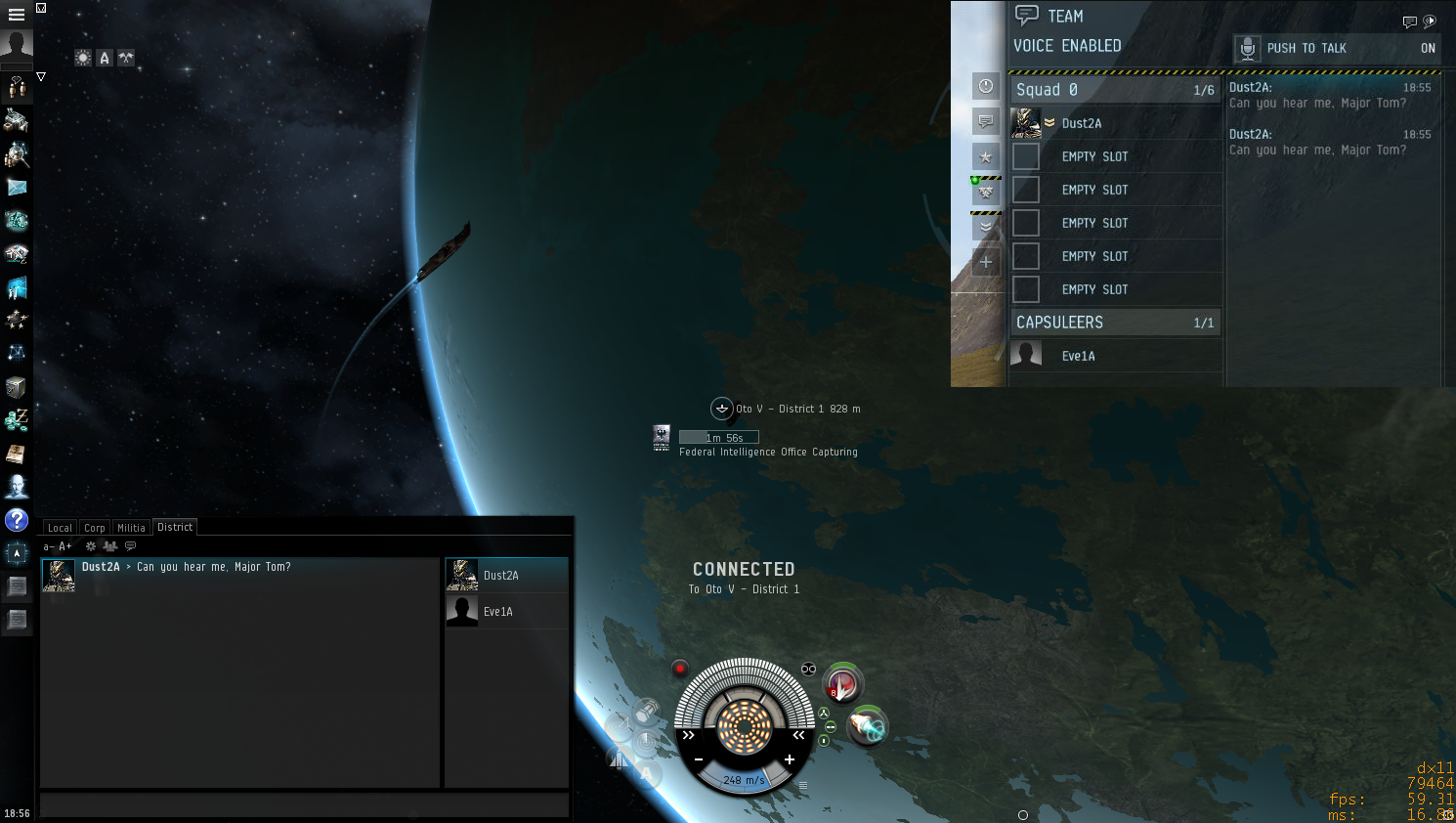 For full details on all these changes and more, check out the DUST dev blog here.