While you are all enjoying the new content available in Kronos, we would like to draw your attention to what’s coming up in Crius, our next release. This blog is specifically about tweaks and changes related to player-owned starbases, and while some of the information you’ll see here may previously have been available in various other blogs and forum threads, we figured you could use a central place to read it.

As mentioned in our “reprocess all the things” blog, we are revamping Starbase Reprocessing Arrays for Crius. Those will now provide much better reprocessing abilities. Below are their exact attributes. 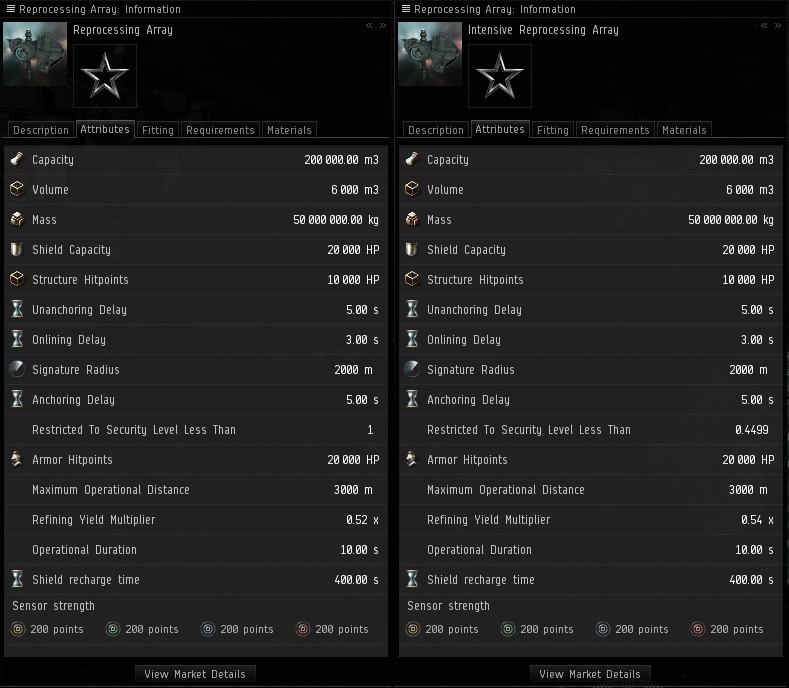 Let’s go into a little more detail on how they are going to work: 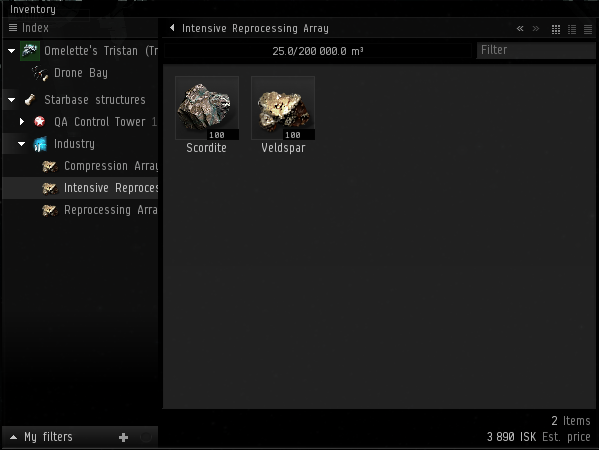 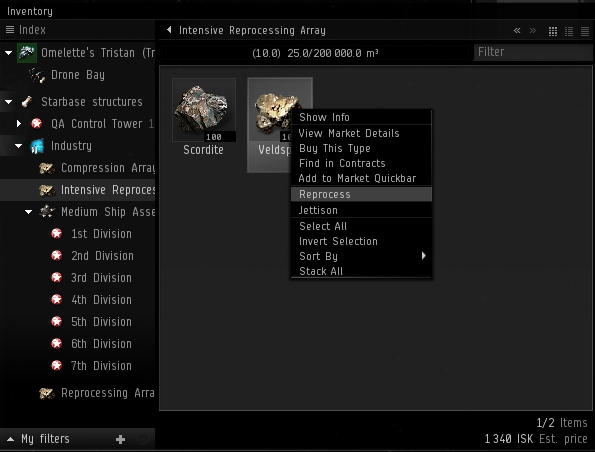 Firstly we want to mention that we have further simplified how compression is generally going to work:

Example: I have 100 units of Veldspar in the Compression Array with a total volume of 10m3. After compressing them I will receive 1 unit of Compressed Veldspar with a volume of 0.15m3 (this may displayed as 0.2 in the client due to how rounding works).

Secondly, we are introducing a Starbase Compression Array. With perfect reprocessing rates being no longer achievable, this structure becomes quite important to faciliting the movement of ore. Here are the attributes. 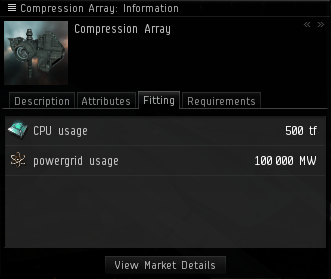 Compression works in a similar way to reprocessing: 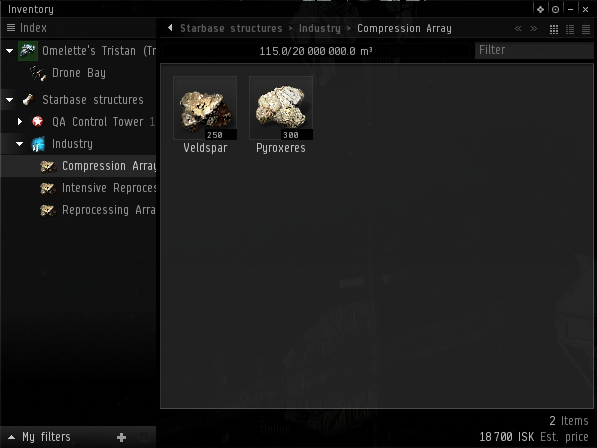 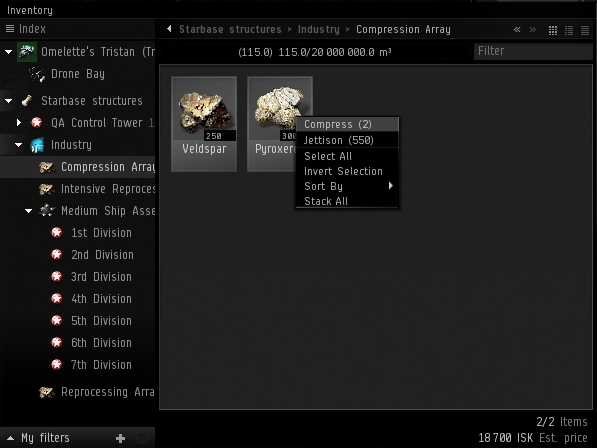 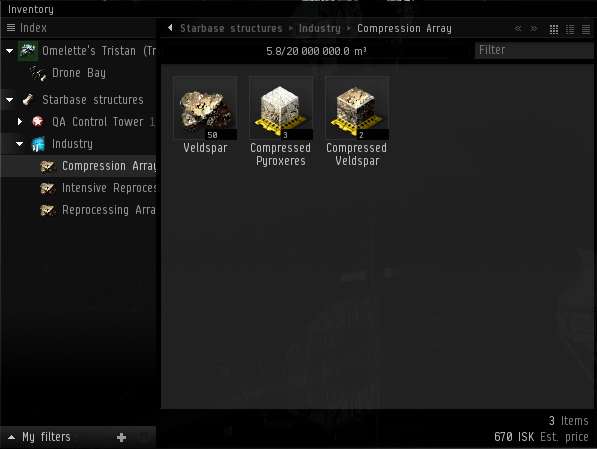 Removal of slots for stations and starbases, to be replaced with tax scaling

As explained in “the Price of Change”, manufacturing and science slots are going away, to be replaced with a cost scaling system. While Starbases will be subject to the same global formula, use of them won't suffer taxation as NPC stations do.

Another drastic change is that blueprints safely stored in a regular station can no longer be used for jobs in Starbase structures. Players will still be able to remotely start Starbase jobs from several solar systems away, but the blueprints will now have to be physically available in the structure for it to properly start.

This bonus is going to be a flat reduction on the whole job cost price, whose amount and total bonus varies depending on the Starbase structure itself.

In practice, this means that stacking 13 Medium Ship Assembly, Advanced Medium Assembly or Subsystem Assembly Arrays will reduce the total cost to start a manufacturing job at any of those structures by 26%. Those bonuses are not system wide, which means that structures at two different locations inside the same solar system will not stack together.

Newly formed corporations will need to wait 7 days before being able to anchor Starbases. This is to inhibit players from immediately moving Starbase assets to another corporation if under a war declaration.

Based on this forum thread:

Based on the same forum thread:

Assembly Arrays have their cargohold increased to the following amounts:

We are modifying how Material Efficiency (ME) reduction works on materials. Instead of being applied on individual runs, they will now apply to a whole job. That means that manufacturing a large batch of items will still give some reduction on Assembly Arrays instead of being simply negated.

As we mentioned some time ago, we are also going to introduce a new type of Component Assembly Array to help low-security Capital ship builders to compete with the reprocessing changes. 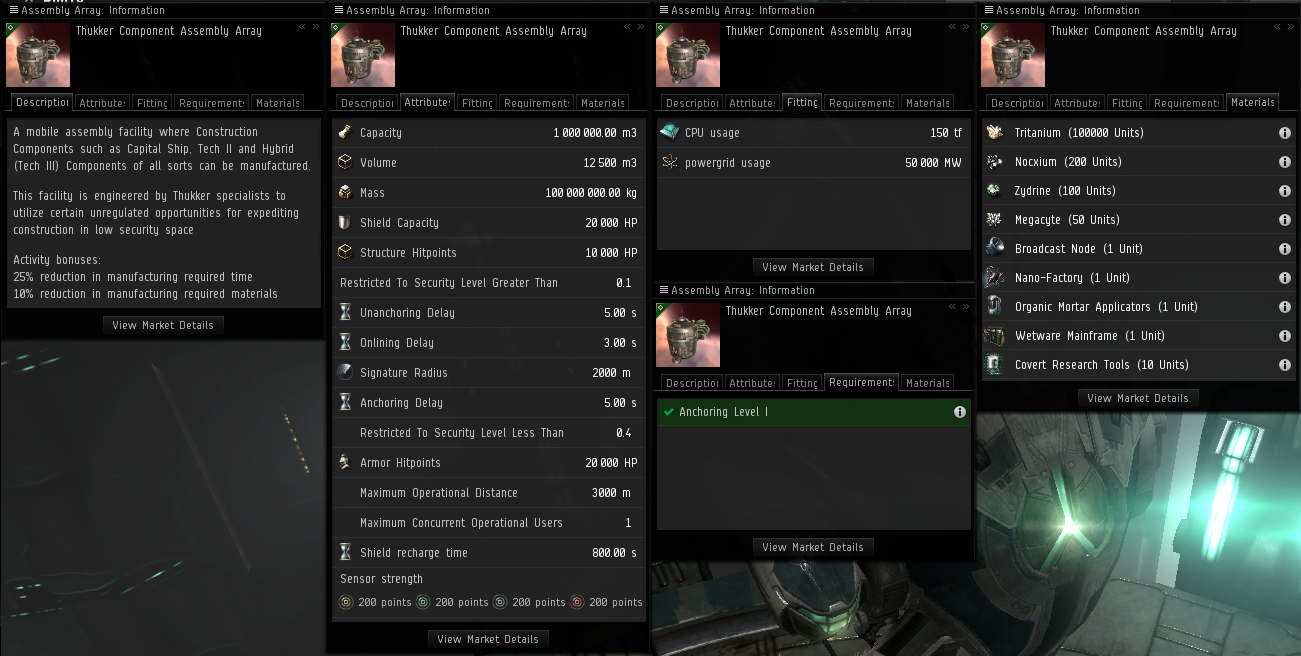 We are changing the Starbase Defense Management skill to only require Anchoring at 4 instead of 5, in order to ease entry of access into Starbase manual control.

The Supply Chain Management and Scientific Networking skills are also receiving some small changes. Currently you need level 1 to be able to either start Manufacturing or Science jobs in the solar system the blueprint is in, which each subsequent level increasing starting distance to 5 jumps, with level 5 giving you full regional control. We are modifiying those so that starting local jobs in the same solar system the blueprint is in doesn't require any skill, while each level of Supply Chain Management and Scientific Networking increase job starting distance by 5 jumps, up to a total distance of 25 jumps. This reduces dependency on region boundaries which may actually be closer than 25 jumps in some cases.

As mentioned in this thread, since blueprints cannot be remotely using Starbase structures, the whole appeal of this functionality is greatly reduced. As such, we are removing it to reduce confusion as a whole – this will be added back when we get to fully revamp Starbases in the future.

We hope this will shed some light on the various changes coming to Starbases in the Crius release on July 22nd and help you make the right industrial decisions before its goes live.