War. War never changes..until it does

CCP Affinity here with a sneak peek into what Game of Drones has in store for all you FW pilots in EVE Online: Retribution.

After an early launch of Factional Warfare features in October as can be seen here we have continued to work on more changes for Retribution.

Let’s start with my favorite Retribution change...  bulk purchasing from the LP Store.  Never again will your datacore habit go hand in hand with a bad dose of Repetitive Strain Injury… it’s now as simple as clicking on the buy button, a number field appears below and you type in the amount you wish to purchase. 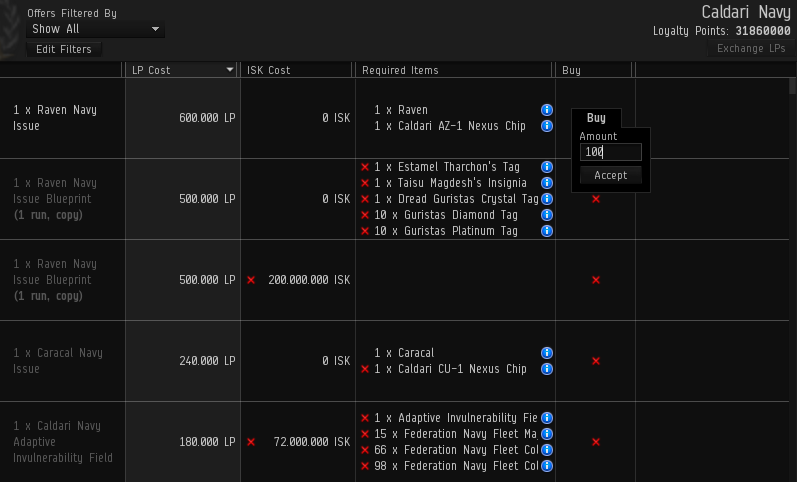 After this you will get a pop-up that confirms your order.  If you try to buy more than you can afford, it will automatically tell you the maximum number affordable in the pop-up. 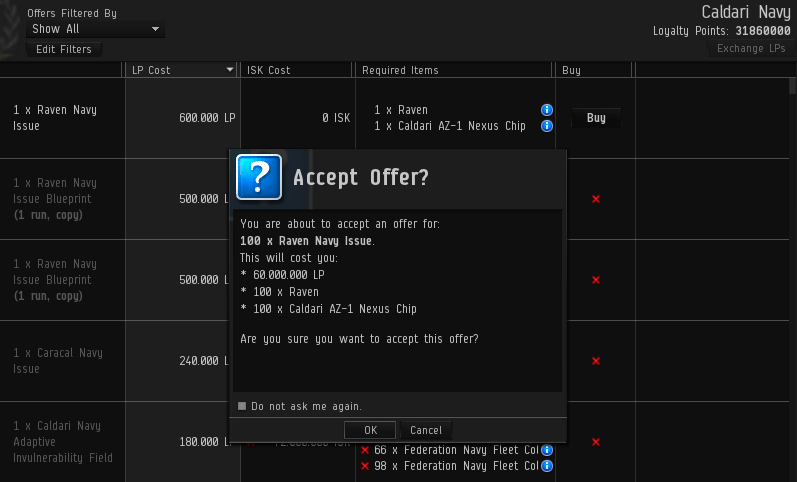 This isn’t the only FW UI change in Retribution.  We wanted to make it easier for you to see when you are enlisted in a militia so we have now added this information to the following places:

We also wanted you to be able to proudly display the militia you have enlisted in, making it easier for other pilots in New Eden to see who your loyalty is with and also to allow you to show info on other pilots and find potential war targets. 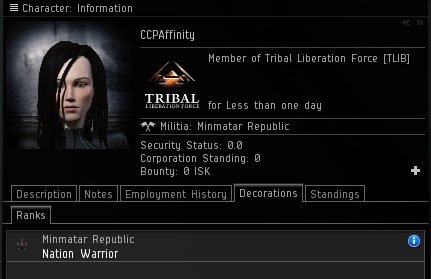 This will now appear in:

We felt the complexes had swayed too far towards a PvE activity and this is not what we wanted at all. We want to move towards a more PvP like environment while still ensuring the complexes cannot be quickly farmed.  To achieve this we have made the following changes:

After Retribution, upon entering a FW complex, one NPCs will spawn and if you manage to kill the NPC within 5 minutes for Novice and Small complexes and  within 10 minutes for Medium and Large, no further NPCs will spawn during the capture time.  The main purpose of the NPC is now to avoid quick complex farming and to encourage you to bring enough DPS.

A lot of players told us how much they disliked having to travel more than 80KM to the capture point and we also felt this discouraged PvP within sites.  To counter this we have also made the followed adjustments to the complexes:

As a result of player feedback, we have added a few stargates to open up the warzones and make roaming easier:

That’s it for Team Game of Drones FW changes for Retribution, now it’s over to you.  We would love to hear your thoughts and feedback on these changes in the comments thread for this blog.