Welcome once again to the Community Beat where we take a look at some of the things that have been going on in the wide world of EVE Online in recent weeks.

In the last Beat we took at look at a new video series from Signal Cartel, shared some news about EVE meetups and had a PvP recap!

This time around we’ll be looking at a very interesting third party tool, arts & (space)crafts and some community interactions with CCP members while adding a new section to highlight some cool EVE-related Discord communities. 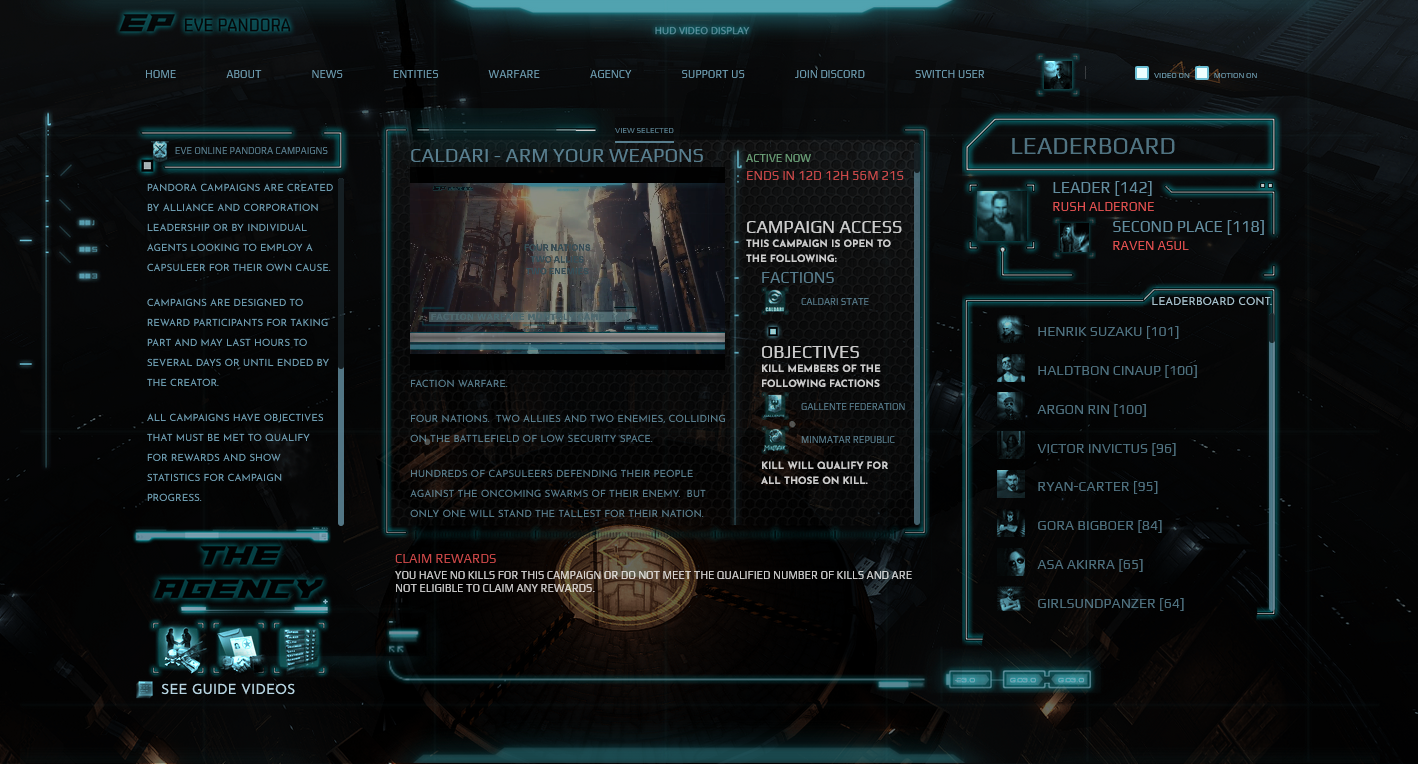 Long before the Agency as we know it existed in New Eden there was a web-based tool also known as the Agency which served as a hub for player-created missions and campaigns. Today this tool is known as EVE Pandora.

Developed by DeT Resprox from T.R.I.A.D, its purpose was to create a mission system that could be used by individual capsuleers, corporations or alliances from all over New Eden.

From the EVE Pandora site: "Run missions and campaigns aimed at assisting alliances and corporations in EvE Online with our own standings system for each entity, much like running missions for NPC Corporations in EvE. The site essentially allows players to act in the manner of NPC agents by crafting missions and posting them for other capsuleers to complete."

If you're looking for a little variety in your gameplay, or if you run an organization and would like to try a new and immersive way of presenting your members with content to tackle it might be of interest to you! Also check out a detailed forum post from DeT Resprox here.

CCP Rattati on Declarations of War

Heading up the ecosystem team which has done extensive work on New Eden’s economy over the last two years, CCP Rattati stopped by DoW to have a chat about the past, the present and importantly the future of New Eden’s ecosystem along with several other burning issues with host Alekseyev Karrde.

Check out the episode here!

Navyblue over on Twitter posted this amazing video of Golem being made from scratch. No 3D printing here! Everything was handmade and the results are awesome! 👏

Make sure to check out Navyblue's Twitter for pics of lots of other great EVE Online models.

Nth Dimensional is one of the community's most prolific streamers and video makers. Over on his Twitch channel he specializes in PvE content and uploads helpful guides and VODs of his streams on his Youtube channel as well.

After Twitch helpfully told CCP Paragon that Nth Dimensional was his most watched Twitch channel in 2021 (apart from the official CCP channel ofc!), a bromance was created and Nth reached out to Paragon to collaborate on a future stream.

The current Interstellar Convergence event seemed like the perfect time, and last week Nth and Paragon formed up like Voltron to exterminate the mysterious and deadly biomechanical menace together! Check out the VOD here or click the thumbnail below: 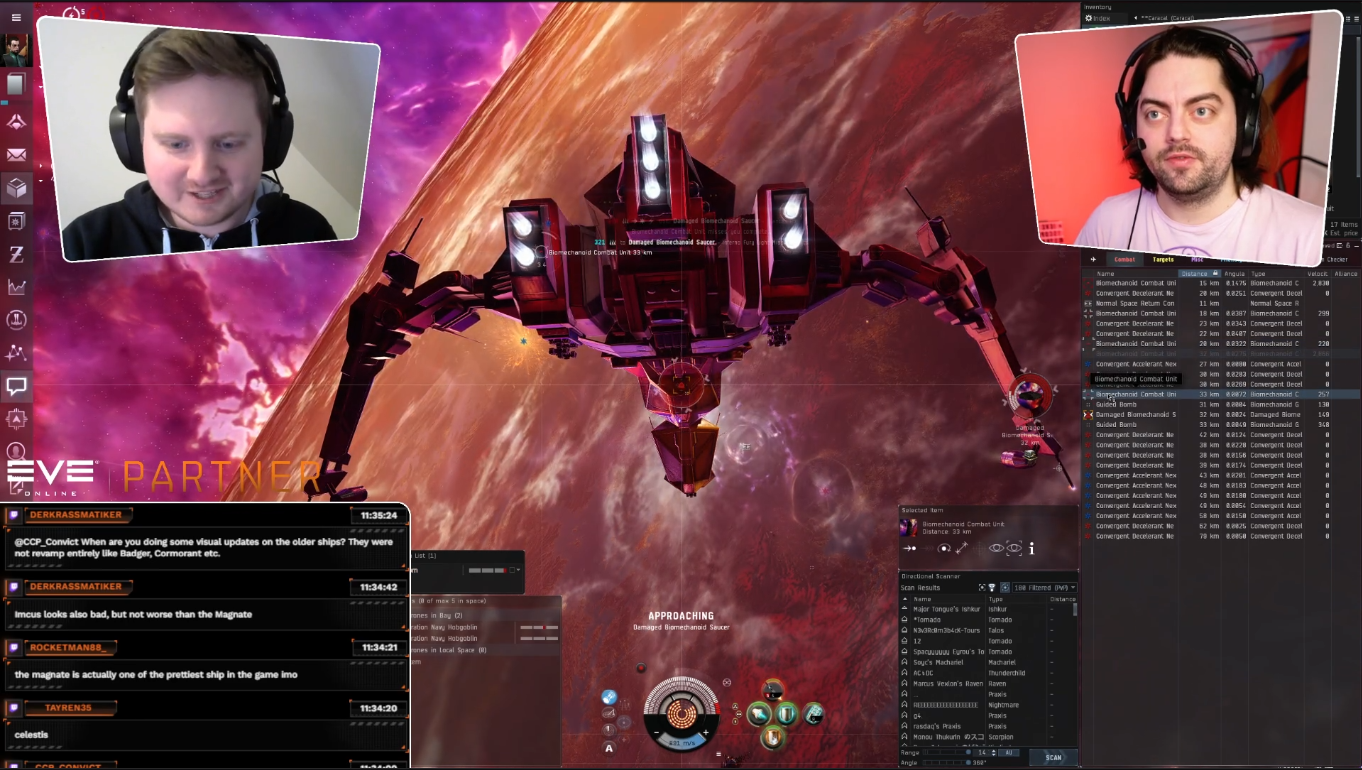 There’s no shortage of Discord communities that have sprung up around EVE Online. From public Discords hosted by individual corporations and alliances, to communities for EVE content creators, to servers for those that have an interest in particular in-game activities, there’s a Discord community (or probably several!) for you.

Roleplay is Primary is one such Discord and is a place for EVE Online players with an interest in the lore and roleplaying their characters to gather. However this Discord server is all out-of-character (OOC), so you can join to talk and learn about EVE lore and roleplay without having to RP from the get-go, which is great since it can sometimes be intimidating for people taking their first steps.

The Discord has different sections for all the major factions of New Eden, as well as channels to chat about the game more generally, share ship fittings and other non-EVE related sections, too. They're a great community and this Discord server can act as a springboard for your next steps into the EVE Online roleplay communities. You can join the Discord server with this invite link.