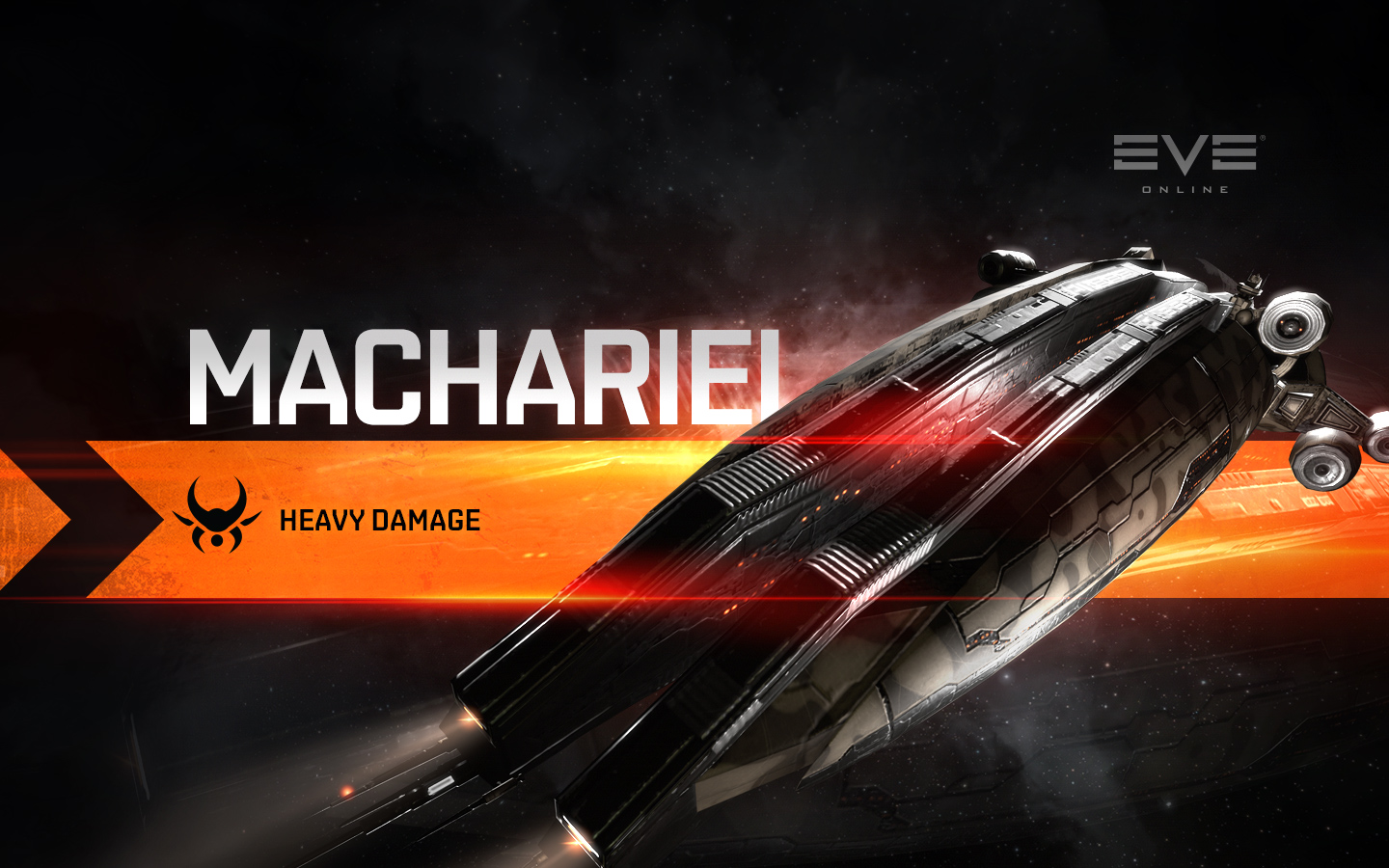 A design steeped in rumor and speculation, the Machariel is believed by many to be based on an ancient Jove design uncovered by the Angel Cartel during a raid into uncharted territory more than half a century ago.

To add to the rumours, the Machariel appeared on the scene rather suddenly, and with very little fanfare, quickly becoming the mainstay battleship class vessel used by the Angel Cartel.

At home in roles from small gang warfare to major fleet doctrines, the Machariel delivers a vicious sucker punch to anything that stands in her way, with bonuses focused heavily on taking advantage of a formidable turret hardpoint layout.

(Per level of Gallente Battleship)

(Per level of Minmatar Battleship)