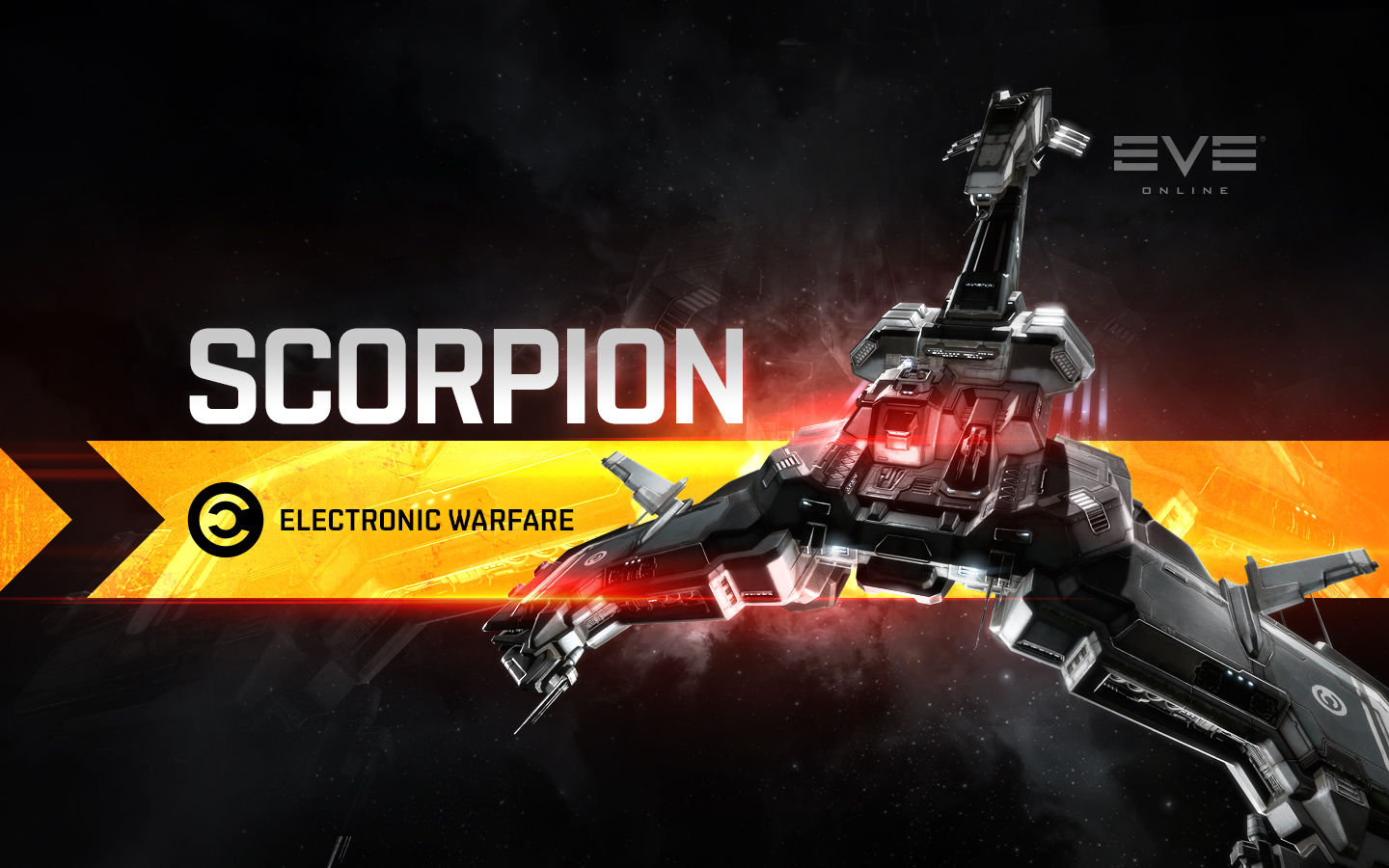 In this Alpha Ship Spotlight, we’ll take a look at the pride of the Caldari Navy – the Scorpion class battleship.

One of the most recent battleship designs to grace the space lanes of New Eden, the Scorpion’s origins are incredibly vague and steeped in controversy, with allegations that its design originates with the Guristas Pirates.

The fact that it was introduced into service without announcement from the Caldari Navy, as a prototype electronic warfare platform, has only served to fuel rumours.

Regardless of its origins, the Scorpion excels at silencing and completely crippling the weapons of hostiles with devastating barrages of electronic warfare, with bonuses and a huge number of medium power slots that allow it to project mass confusion on the battlefield.

(Per level of Caldari Battleship)