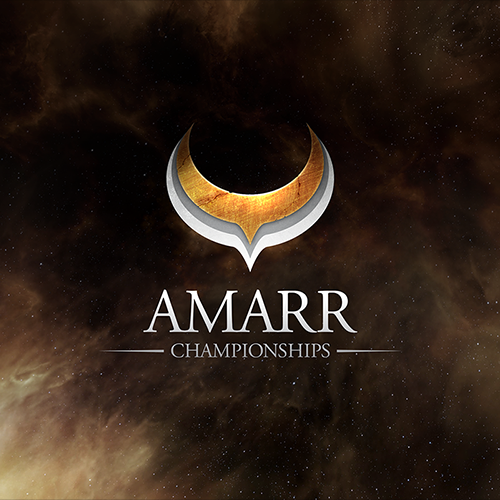 Welcome contenders and capsuleers alike! The Amarr Championships are upon us. To help guide you through one of the most sacred events to the Amarr Empire, here are some details on the upcoming schedule and rules.

The initial two rounds of the Amarr Championship will take place on the 8th, 14th and 15th of November.  Note that this is a change from the previously advertised dates, in that the matches on the 7th of November have been rescheduled for the 8th. Times that matches will begin are below.

The match schedule for the 8th of November is below:

The schedule placement for teams on the 14th and 15th of November will be announced next week once competing teams have been determined. Match Schedule for those days is as follows:

All matches in the Amarr Championships will be streamed live on CCP’s twitch channel. Make sure you watch to see who will make it to the final weekend at Fanfest to decide who the next Emperor of the Amarr Empire will be.

To help all those loyal followers of various royal houses, we’ve made a bit of a starter kit to help you create the best propaganda possible. You can find all the great stuff here. Included are a bunch of vector files for the logos of the houses and the championships. Make sure you share your creations with us!

Alternatively, if you’re looking for some pre-made stuff, we’ve got you covered! Splash a banner on your website, or give your wallpaper a victorious make over. Send us a picture with your battlestation showing your loyalties!

Respect for the Holy Traditions of the Empire

This Championship has been called by the Imperial Succession Committee, comprised of the Theology Council and the Privy Council, in accordance with the traditional Rituals of Succession. It shall be conducted in a manner which brings glory to God and the Amarr Empire.

The Capsuleer Emissary to the Court Chamberlain (tournament referee) shall have all authority to ensure that this Championship is conducted in an honorable and godly fashion. The Emissary may levy any penalties deemed necessary to any champions or retainers that are found to be acting against the spirit of this competition.

All ships flown during the matches of this Championship must originate within the Amarr Empire and/or Khanid Kingdom. Ships that require any racial ship skill other than Amarr skills are not eligible to be flown in this Championship.

All the Champions and Retainers involved in this Championship have been selected by the respective Heirs of the Houses they represent. The Emissary and the Heirs reserve the right to eject any Champions or Retainers whose actions reflect poorly on their Houses or the Empire.

Pilots are forbidden from flying the colors of heretics during matches in this Championship. As such, ship SKINs connected to the following factions must not be displayed at any point during the Championship:

If SKINs connected to either of these heretical groups are used at any point during the Championship, penalties will be levied against the pilot and their team at the discretion of the Emissary. Potential penalties for flying heretical colors include, but are not limited to:

This tournament is intended to showcase the talents and valor of pilots and should be both entertaining to viewers and honorable in the eyes of God. If any team is determined to be acting in a dishonorable fashion, the Emissary (tournament referee) is empowered to destroy ships at her discretion. This penalty will be levied against any team that appears to be acting in collusion with another team, or if a team acts in a cowardly manner by attempting to evade combat until time runs out.

Fights are limited to 10 minutes. If a fight reaches time, it will be stopped and whichever team has more surviving ships will be declared winner. See "Victory Conditions", below.

The Referee has final say in all matches and in any disputes.

A player found breaking any rules can be penalized to various degrees, depending on the severity of the offence. All penalties are incurred at the discretion the Tournament Referee. Decisions are final. Penalties may be levied against a player or team and may include, but are not limited to:

This Championship is made up of three phases, each with a different structure:

Captains must be online and available one hour prior to the match. If required, bans will be made at 45 minutes before their match starts. Further details on bans can be found in the special rules for any match or round that includes banning.

Participants should be prepared, in their chosen ships, and in a fleet 20 minutes before their scheduled fight time. Teams will be brought by a GM to a solar system in uncharted space and designated as team 1 and team 2. If you are not ready within this time allocation you will be disqualified from this match and the opposing team will be given an automatic win.

The following restrictions are in place after teams warp to the arena beacon, until the match begins:

The details of Ship restrictions will be provided in the special rules for each match or round.

No special rules will ever allow pilots to fly any non-Amarr ships.

No special rules will ever allow pilots to fly “unique” limited issue ships such as the Malice or Armageddon Imperial Issue.

Faction, COSMOS, deadspace and officer modules are NOT allowed.

T1 Rigs are allowed. T2 Rigs are NOT allowed.

All T1 and T2 ammunition, missiles and charges are allowed, with the following exception:

All logistics and electronic warfare drones are allowed.

Attribute Enhancers that give bonuses to anything other than perception, intelligence, willpower, memory, and charisma are NOT allowed.

Genolution "CA-" implants are NOT allowed.

With the exception of Leadership Mindlinks, ONLY Hardwirings that have a name ending in "1", "2" or "3" are allowed.

All Leadership Mindlinks (including navy mindlinks) are allowed.

Cloaking is NOT allowed.

Target Spectrum Breakers are NOT allowed.

During a match, a team scores 25 points for each enemy ship it kills. All ships in the tournament have an identical point value. The team that has scored the most points at the conclusion of the match, or that destroys the entire opposing team, is the winner.

If a team chooses to field less than the maximum allowed points for any given match, non-fielded points count towards the opponent's score.

If a fight is tied after 10 minutes, a 5 minute overtime period will begin.

During the overtime period, if the Emissary determines that the match has been delayed by one team acting in a cowardly fashion she may eliminate the offending team at her discretion using the might of the Imperial Navy.

Some matches and/or rounds of the tournament may involve banning of ships. The specific rules for banning in each match will be provided in the special rules for that match or round if necessary.

We look forward to see both capsuleer, contender and champion at the event. If you haven’t seen who is competing yet, you can find the complete list of contenders and their retainers here. Otherwise, if you have further questions, you can get in contact with myself via support ticket or by posting on the Alliance Tournament forums.

And remember: the best ship, is Emperorship.

-CCP Logibro, on behalf of the tournament team