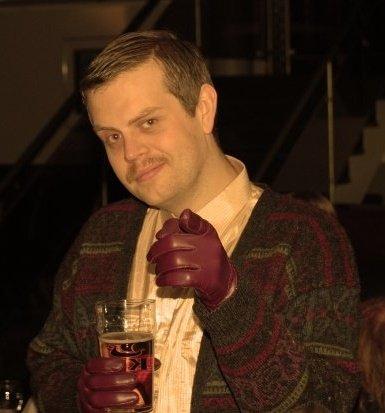 Alliance Tournament month is my favorite time of the year. It lets me get away from everything and just focus on playing with my spaceships. Having the pleasure of watching absolutely everything that goes on, I thought I'd share some observations from the tournament this time around. It's the first time I've posted something like this, but who knows: if you guys like it, I'll keep them coming. I hope you've all enjoyed the tournament so far, I know I have. Here are a few of the things that stuck out to me:

Event that was not entirely legal but still pretty funny

HYDRA RELOADED camping Pandemic Legion's testing system in an effort to prevent them from running their practice session. Pandemic Legion are known for their metagaming, with members claiming that they know what every single opponent fields ahead of time. HYDRA RELOADED decided to pay them back and bubbled their station on the test server to prevent them from getting practice time. I'm not a GM, but I'm pretty sure that's not allowed. It is, however, pretty funny.

Impressive but not much talked about alliance we constantly mispronounce

Legiunea Romana have been bringing some effective setups using ships that other teams have decided to keep out of their lineups. During their first match, they brought Cruors, during match two, Maelstroms, both ships that aren't very common. They are traditionally a good team and probably deserve a little more hype than they are getting. They also deserve to have their name pronounced right once or twice.

Hilarious setup that was both entertaining and effective

Dystopia brought a quirky setup that centered around a Blokh, two Bloahs and a Drake. The Drake was selected by Tyrrax purely to spite yours truly. Regardless of which, Tyrrax is an underestimated planner when it comes to the Alliance Tournament setups, showing that comedy setups can be as effective as they are funny if orchestrated by the right person. Dystopia continue to be a quality team that knows how to entertain.

Strategy that no one really understood, probably because it wasn't very good

Death From Above had the simple task of having to accumulate 16 points in a fight. To put that into perspective, they'd need to kill a T2 ship, a command ship or a frigate and a BC. Even the most ragtag DPS setup should be capable of putting up 16 points (even if it loses), but DFA showed up with a supertanked setup that focused much more on survivability than racking up points. They were, to put it differently, not dressed for the occasion.

Hilarious setup that was entertaining but not that effective

Arbeitaholics Anonymous fielding a nano-disco setup that went down in flames. Arbeitaholics Anonymous are first time contenders, that by their own words don't have a lot of skillpoints or money. We thank them for competing, and we hope to see them back next year once they've run a few missions so they can afford more ships. It's always fun to see a team or two who are just there to have a good time.

WE FORM VOLTRON have been living up to their (posting) hype and been solid this entire tournament. The team looks well-funded, their setups look solid out and they are even confident enough to release replays with their voice communication. After Star Fraction put on one of their most disappointing showings in their proud tournament history, Jade Constantine remarked that he thought the competitive level of the Alliance Tournament was constantly going up. I think he is right: we see more and more good teams enter, such as WE FORM VOLTRON. Band of Brothers won several tournaments with the same setup; today, it's difficult winning two matches in a row doing the same. Pandemic Legion is still the team to beat, but this time around, there are actually teams which may be good enough to do it. WE FORM VOLTRON is one of them.

HYDRA RELOADED had a surprise up their sleeves in Round One, when they suddenly stopped firing at the last Agony ship on the field. As it turns out, HYDRA felt they had accumulated enough points that they'd happily lose the match if Agony paid up. I'm not entirely sure the full payment was ever made, but HYDRA at least stuck to their part of the deal and self destructed their remaining ships. Does this go against the competitive and fair spirit of competition? Yes. Does it also fit perfectly into the EVE universe? Hell yes.

Strange but absolutely true excuse for not being able to commentate

During the first weekend, one of our commentators had to give up their slot because their building was on fire. We expect our commentators to do their best to be available to us, but hearing fire sirens in the background would make the broadcast less enjoyable. No commentators were lost during the making of this Alliance Tournament.

Surprising victory that I did not see coming

CVA lined up with a seven-ship setup (that statistically does relatively poorly) against an EW heavy Manifest Destiny setup. On first glance, it looked like this was a fight where CVA would struggle to even get a lock, much less take Drakes/Rooks down that were supported by Scimitar. What I did not know of course, was that Manifest Destiny had built their jamming with knowing that CVA don't traditionally bring a lot of Amarr ships. An observation that has some historical merit, but not for this fight. Welp.

Kitsunes are usually seen as a good value for points. They are a small EW platform that teams have traditionally used their leftover points on. During this tournament, though, the Dramiel and Daredevil have been the preferred frigates, with an abysmal six Kitsunes being fielded (as opposed to 26 last year). The Alliance Tournament is always full of trends: this year the flavor is Dramiels and Daredevils.

Abaddons are by far the most popular battleship, followed by the Dominix. This may not surprise you, but it surprised me. Missile setups always stick out as the "standard" setups these days and I would have suspected more Ravens, or just a better mix of ships. I looked up last year's Alliance Tournament and to my great surprise (I was surprised twice in a very short period), it was exactly the same last year. Go lasers.

The Curse remains popular. This is completely unsurprising as it is a solid ship that fits into a lot of different setups. It's versatile, has respectable DPS and helps teams deal with logistics. It's not the most used ship overall, but that's because it's used as a single ship compliment instead of a ship you bring three of and build your team around. 35 have been fielded so far this year, which is a solid number.

With the introduction of Flagships, we anticipated a higher use of faction battleships. Last year, 29 faction battleships were fielded. This year we've seen 68 already, with a full weekend left. The strange thing here, though, is that we haven't seen a lot of them used as flagships. They might just be more accessible, the alliances competing might be throwing more money into the tourney budget, or the idea of flagships could have gotten the strategists thinking about faction battleships when they previously haven't.

Anyway, those are few observations I did along the way. We hope you've enjoyed the tournament so far, and hope you tune in Saturday and Sunday at 15:00, when we have the final rounds of tournament action.