Lotteries have a long history in New Eden. Tens of thousands of capsuleers, hoping to score some easy riches, have bought tickets over the years. Many lotteries have come and gone over the years, but the first of them still remains: The BIG Lottery.

The very first round of The BIG Lottery was held in the closing weeks of beta from April 14th, 2003 to April 28th, 2003. TornSoul, the founder of the BIG Lottery, refers to this as the “pilot” round – or round #0. Originally intended as a way to make a little ISK, he quickly discovered that the amount he could make was so insignificant compared to BIG's other activities that he decided to simply give it all away.

Of course, many people were skeptical about the lottery. Many people assumed it would be a scam, but there were a few circumstances which mitigated those concerns. One was the fact that round #0 was held before beta, so few people cared if their ISK was stolen. The second was that back in the young days of EVE Online, trust was much freer. While many people these days assume any lotteries (including ones which have been as persistent as BIG!) are scams, back then it probably came at 4th or 5th on the list of concerns.

One of the more practical concerns that was raised by the community was the ability of one person to handle 6000 people buying tickets. One must remember, this was before the API, so everything was done manually, making it a particularly difficult potential challenge to overcome!

Of the many early challenges TornSoul faces was the ability to devise a system that couldn't be rigged and which was transparent, so that everyone could see it wasn't rigged. TornSoul also put a self-imposed restraint that the drawing had to be done by in-game means as well. In order to do this, he came up with the system of having participants attending the draw and being the random number generator, which led to some interesting side effects. Sometimes, people aren't quite paying attention to the countdown. And there eventually arose an interesting “side game” of who could be the fasted in the ingame channel to produce numbers, which led to some fun and games when the drawings are done.

As mentioned earlier, lotteries come and go, yet BIG Lottery has remained. It had its first real drawing (round #1) in the second week after launch and it has been going strong ever sense. So how does a lottery manage to keep running constantly?

Simply put, TornSoul finds it a fun break from the normal grind of “serious spaceship business”. He finds it fun to do the actual draws every two weeks. So he thinks, “Why stop when I'm having fun with it?”

Of course, with no participants there is no lottery and one of his challenges is spreading the word. The main way he does this is offer winners bonuses if they have a link to the BIG Lottery in their bios. TornSoul guesses 95% of all new participants spotted the BIG Lottery link in someone's bio and decided to give it a try.

BIG Lottery has awarded, among other things, an EVE Battleship model of the winner's choice, a copy of the Empyrean Age, a copy of the Burning Life, and an Art of EVE Book signed by developers.

Two of the rarest ships in EVE Online have been awarded as prizes in the BIG Lottery: the Guardian-Vexor and the Imperial Issue Apocalypse.

An Event to Remember

One of the most memorable and impactful drawings done by the BIG Lottery was for their 1 Year Anniversary. In celebration, BIG Lottery was given an Imperial Issue Apocalypse to give away. This ship is so rare, there have only ever been five that found their way into the hands of players. Three have been destroyed and only one remains in the hands of a player. But what happened to the fifth?

That is where the BIG Lottery comes in. The winner of the Impoc was no ordinary capsuleer. Instead, he belonged to Ionstar, a group of capsuleers who were loyal to the Amarr Empire. Believing that such a wonderful ship should be returned to its original owner, the Amarr Emperor, Ionstar arranged a ceremonial transport of the ship back to the emperor in Amarr.

The ship was successfully returned, despite fierce assaults by Minmatar Freedom Fighters to destroy it. The return of such a rare and valuable ship to one of the NPC factions is more-or-less unprecedented in EVE and has not been replicated since.

To date, 56316 unique characters have purchased tickets at one time or another, with roughly 980 billion ISK having been given away. That doesn't even count the non-ISK prizes, the values of which have fluctuated so many times that it is impossible to gauge. But roughly estimating it, considering simply the potential price of an Imperial Issue Apocalypse, would likely push it toward 1.5 trillion ISK or beyond.

So how does it work? As people buy tickets, they are numbered sequentially. To find the winning numbers, every second Monday in the in-game channel “BIG Games”, TornSoul has people spam the channel with very large random numbers at the same time. He then uses the first few numbers in the channel to do a bit of simple math, as follows:

1) Add up the first several numbers

This gives TornSoul the winning number for a given draw. 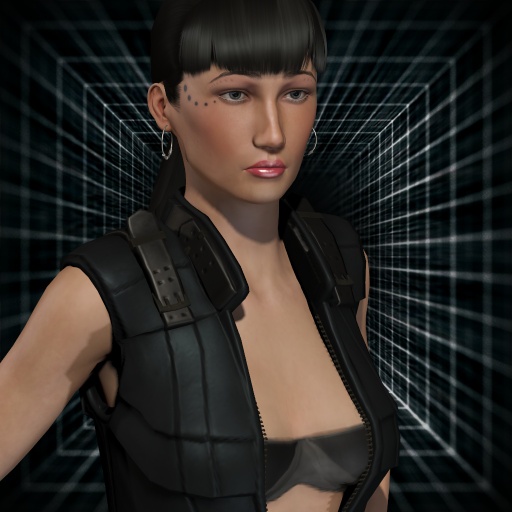 So what huge, impressive team is behind putting together an EVE lottery that has run uninterrupted for 10 years?

Well, they've already all been mentioned several times in this Spotlight already and their name is TornSoul.

Yes, that's right, only one man runs the entirety of the BIG Lottery. Despite all the work that must go into it (and there is a lot of work that has gone into it, especially in the early days before the API, when he had to track every ticket purchase manually), he has been the sole operator for the entirety of BIG's history.

When not running the BIG Lottery, TornSoul is the CEO of the BIG corporation, an occupation that takes up a good deal of his time. But he considers it very satisfying, in a different way to running the lottery. He doesn't consider himself a miner, nor a PVPer, nor a PVEer, nor anything else. He is a bit of a jack-of-all-trades as happenstance or need occurs.

As EVE turns 10, that also means the BIG Lottery turns 10. And in celebration of their milestone birthday, the BIG Lottery has partnered with CCP to give away some amazing prizes! Running from Monday, April 29 until Sunday, May 12, with a drawing on Monday, May 13, the BIG Lottery will be giving out 200 billion ISK, tons of PLEX, and some limited availability ships.

Full details of the drawing and the lottery can be found at the official BIG Lottery website here: //biglottery.big-eve.com/