The EVE Universe is sparkling with exciting opportunities, profitable business investments, enticing adventures and a lot more. It is an incredible rich world of ever increasing potential for everyone – beginners and veterans alike – as this world is shaped by players and their interactions, but it might be sometimes daunting to enter this exciting but complex world of New Eden.

To aid new arrivals and to support experienced players, many creative and passionate citizens of New Eden have been creating guides over the years to help other players leap into the active community and massive universe that is EVE Online.

Amongst all these incredible useful guides one stands out as being by far the biggest, most comprehensive and best known guide. It is time to read more about ISK The Guide. 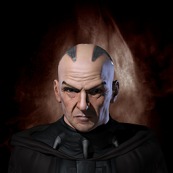 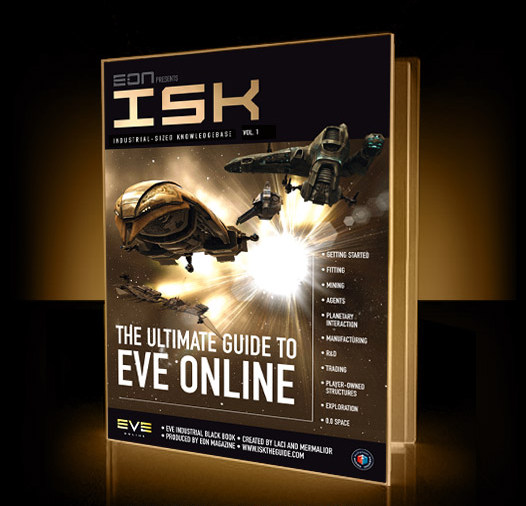 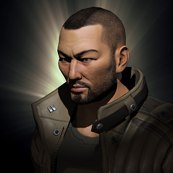 The Industrial Sized Knowledgebase, or short ISK The Guide, is an impressive and detailed guide to EVE Online with more than 230,000 words on over 860 pages and filled with thousands of pictures and graphs. ISK The Guide is currently split into two volumes: Volume 1 focuses on the industrial and PVE side of EVE Online while Volume 2 introduces and explains the exciting world of PVP.

ISK The Guide Volume 1 is available as high quality print edition in the EON Store, but it is also available at the moment as free digital download as PDF in three languages: English, Hungarian and Korean. ISK The Guide Volume 2 is currently available in Hungarian with the English translation already being complete and only waiting for final proofreading and reformatting.

Both volumes offer new players an intuitive introduction to EVE Online by providing common and vital gameplay information in a useful and appealing format with a good mixture of tips, images and graphs. Veteran players are also extensively served by this guide with a multitude of details and interesting facts that may have been previously unknown to them.

But who made this guide and how did it come into existence?

The main editors of ISK The Guide are Laci and Mermalior with Laci being the overall project manager and also responsible for updating Volume 1, Mermalior is responsible for updates and article management of Volume 2 of ISK The Guide. Players from mainly the Hungarian EVE Community, but also to a minor degree from the general EVE Community, additionally helped with writing articles, commenting on existing articles and proofreading the whole guide. ISK The Guide is therefore also in regards of community interaction a wonderful piece of work.

Localization from Hungarian into English for the first volume was done by a considerably large team that consisted of WereBarbie, CaptPerseus, Aikhiko Somotho, Synriel, Lost Hamster, Lewyrus Miyu Gear, Kristol Arman, DeviantAnt, 1337z0r H4xx0r, Alias Hentrah, Grim Murden, Leslie P. Knox and Tasman Devil. The second volume was to 95% translated by Leslie P. Knox and also by Tasman Devil. The Korean localization was performed by M Vorkosigan. Due to the massive amount of data the translation was a considerable amount of work and took for of each volume around four months.

ISK The Guide is constantly updated and the current version of Volume 2 is up to date to EVE Online: Inferno 1.2. When new features get introduced, the article writers perform tests on the EVE Online test servers to analyze these new features and to write an outline on the most important points. Relevant screenshots are then taken from in game and edited to create the various graphical elements that required are for the article. Keeping ISK The Guide updated is a constant amount of work, alone for smaller updates Laci spends between 2 to 10 hours a week. This workload increases drastically after big game expansions and Laci spent in the past sometimes 8 to 10 hours per day for at least a full week to incorporate the game updates into the guide as fast as possible.

ISK The Guide started quite innocently as a set of auxiliary tables about refining efficiency on stations with various equipment or facilities (//archive.eve-online.hu/modules/Keptar/upload/1156489176.jpg) or cargo capacity of industrial ships (//archive.eve-online.hu/modules/Keptar/upload/1156783631.jpg). The next big step was to translate other short guides to Hungarian which were then combined with the Hungarian translation of the famous Complete Miner’s Guide by Halada.

The first version of ISK The Guide with the name I.S.K. in Hungarian (not to be confused with ISK Volume 1 as that version was produced much later) was published on May 12, 2009 as a freely downloadable PDF and from then ISK The Guide was regularly improved and updated.

The first English translation was published on August 26, 2010 with spectacular success: more than 1000 downloads were counted within the first 9 hours after the publication announcement, 10.000 downloads were reached after 10 days and until today an estimated amount of 400-500k copies of the various versions were downloaded!

On June 1, 2011 the English hardcopy was published with the help of MMM Publishing and so far a solid amount copies were sold. While Laci offers everyone ISK The Guide as PDF for free, but the high quality hardcopy from MMM Publishing is certainly an amazing and lasting item to be proud owner of.

Reception and the future

ISK The Guide was initially eyed warily by the EVE Community as some people initially considered it being too good to be true – after all you were promised a high quality EVE guide all for free! But this offer was real and holds until today. The incredible amount of positive feedback speaks for itself, starting with CCP’s CEO Hilmar and CCP developers to many famous known players. Even the President of Sony Online Entertainment, John Smedley, was enthusiastic as soon as he saw ISK The Guide and said “Nicely done. I immediately printed it out!”

The near future is occupied with publishing ISK The Guide Volume 2 in English and reformatting it so that the guide is ready for printout.

Maybe we will see some day also a DUST 514 ISK Guide if Laci’s lack of a Playstation 3 and other technical hurdles can be overcome!